Invisible front. Specialists of the legal service of the Armed Forces

March 29 2018
14
On the one hand, we constantly talk about the fact that the number of lawyers in our country prepared by one or another institution of higher education is prohibitive. This is true: tens of thousands of graduates who clearly glut the labor market. On the other hand, how many of these tens of thousands of "specialists" are truly trained and trained? - those who are ready to occupy a position that would guarantee the protection of legality and specifically Russian citizens. Considering that with the protection of legality and, moreover, with the protection of a single Russian citizen, including the situation abroad, we are still far from perfect, we can say that there are definitely not enough qualified specialists in the field of jurisprudence.


Russia often has to hire foreign lawyers in numerous recent cases, including anti-Russian litigation weapons sanctions, gas supplies or even fake mass use of doping by Russian athletes.

A special area of ​​jurisprudence - the military. This work with numerous regulations, the creation of a legal framework to ensure the passage of military service on conscription and under contract, work in military courts, prosecutorial bodies, the identification of offenses and crimes among the troops - these are just a small list of all that modern military lawyers are responsible for .

Today, 29 March, the legal service specialists of the Armed Forces of the Russian Federation celebrate their professional holiday. He appeared in the general calendar of military holidays in 2006 year on the basis of a presidential decree. The purpose of establishing a holiday is the revival and development of domestic military traditions, increasing the prestige of military service. Additional motivation - recognition of the merits of military lawyers, история services which originated in the era of Peter the Great.

The prototype of the modern military law school in Russia began to take shape almost simultaneously with the creation of regular army and fleet. In April 1719, Peter the Great commanded 20 young people to be taught the "science of auditing." Moreover, for more than a hundred years, training in military audit and prosecution was, so to speak, very fragmented. But during the reign of Emperor Nicholas I, a full-fledged and permanent military legal educational institution appeared in Russia, which was called the Audit School. The day of its foundation is November 10, 1832. The decree of the emperor said that the educational institution is being created to supply the military-land and naval military departments with auditors "educated according to the duties of this rank." And in less than four years - March 29, 1836 - the Nikolaev manifesto on the formation of the staff of the War Ministry appears. And in this ministry for the first time in the history of the Russian State, the position of legal adviser is being introduced.

It is this date that is officially and commonly associated with the modern Day of the legal service specialist of the Armed Forces of Russia. 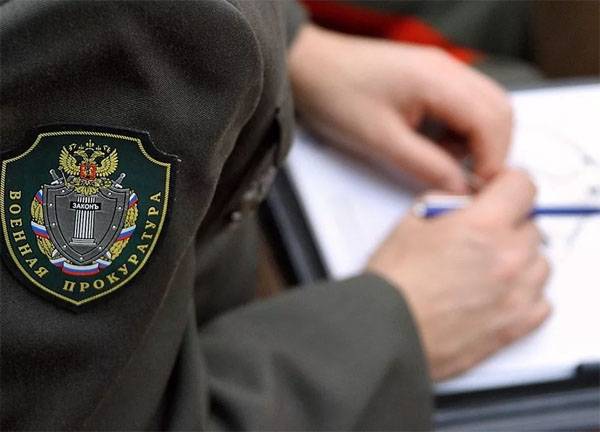 Every year, military lawyers, working closely with the central military authorities, provide support for dozens of draft laws that in one way or another concern the interests of various categories of military personnel, including those who have gone through local conflicts. Most of the bills pass through the country's parliament and become legislative norms.

The participation of military lawyers in the training sessions that are held in the military districts of the Russian Federation, allows to improve the approaches to the method of reducing the percentage of crimes and offenses in the ranks of the Russian armed forces.

Today, it is the work of legal professionals that allows for the reduction of the so-called non-statutory relations. At the same time, the prestige of service in the Russian army also increases. Neottavschiny for a whole series of reasons to eradicate in the army completely fails, but the work that has been done in this direction over the past 10-15 years has become truly unprecedented. And its role was played not only by the decision to reduce the service life on conscription to 12 months, but also to improve the skills of the work of military lawyers in the country.

Ctrl Enter
Noticed oshЫbku Highlight text and press. Ctrl + Enter
We are
Pro service in a scientific companyCleansing with fire, or What is bad soldier with a prison past? ..
Military Reviewin Yandex News
Military Reviewin Google News
14 comments
Information
Dear reader, to leave comments on the publication, you must sign in.