March 28 2018
24
Site Izhevsk State Technical University im.MT.Kalashnikova reports mournful news. On the eve of the 76 year of life, the Soviet / Russian designer samples of small weapons Victor Kalashnikov. This is the son of an outstanding designer Mikhail Kalashnikov, whose thought, embodied in samples of small arms, which has no analogues in its reliability, is known throughout the world.

Victor Kalashnikov after graduating from the Izhevsk Mechanical Institute in 1966, he worked in one of the departments of the Izhmash design bureau. In the course of his professional activity he developed a number of components and parts, which ultimately influenced the reliability of the Kalashnikov assault rifle. 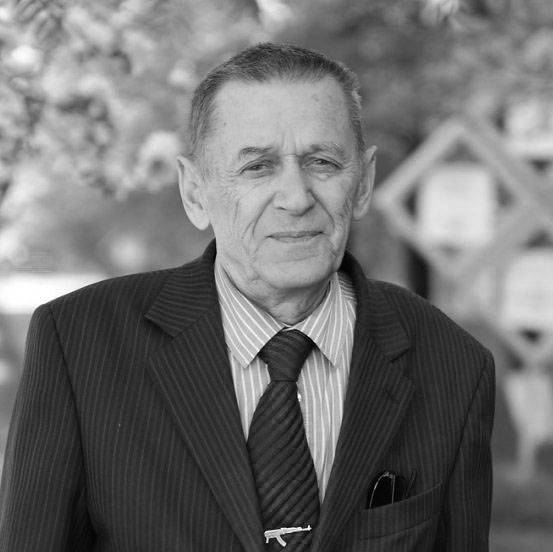 From the message of the university:
Viktor Mikhailovich participated in the work on the subject "Abakan", his team developed the submachine guns "Bizon-2" and "Vityaz-SN". V.M. Kalashnikov was awarded the Order “Badge of Honor”, ​​the medal “In Memory of Moscow's 850 Anniversary”, the Gold Medal of the State Committee of the Russian Federation on Standardization and Metrology “Quality Assurance and Safety”, the Medal “Honor and Benefit” of the International Charitable Fund "Patrons". He has the title: "Honorary Worker of the Arms Industry", "Honored Designer of the Russian Federation", "Honorary Gunsmith". Corresponding Member of the Academy of Engineering of the Udmurt Republic.