To stand up for Alexander I, or the saga of historical gay misery 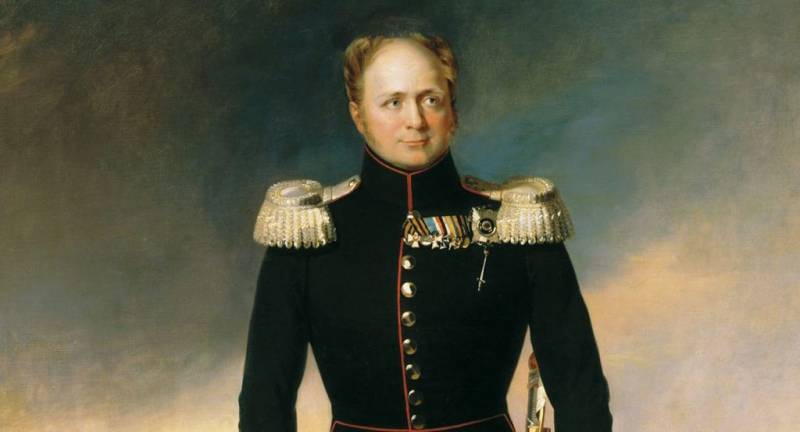 Where is our country heading? Now I can safely say: our long-suffering country. Well, there is no longer a corner left in stories. All dirtied.

But what is most interesting is that someone likes it. And this, in diplomatic language, is alarming.

And no less alarming is the fact of complete powerlessness of that seemingly “formidable force” under the black-yellow-white flag. Imperials, monarchists, ay! How would your beat ...

And the most shameful thing is who hits ...

I'll tell you. Well, almost a monarchist, for the father of one of his ideals is a sin not to intercede.

Everything is known, such a normal king of the Romanov dynasty.

So, this was nothing.

Here before you (all for 922 rubles at a discount) from Ozone is a miracle and a masterpiece of historical activity! 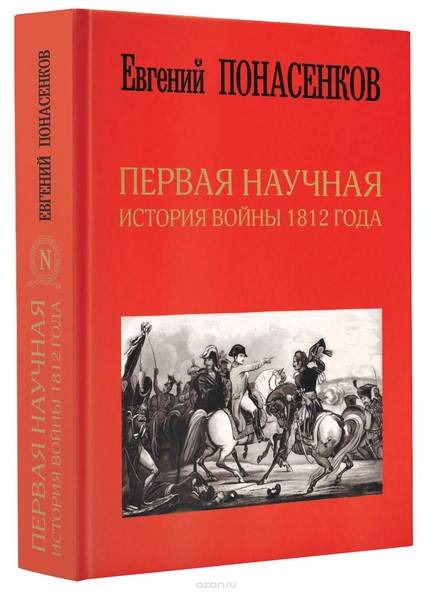 From the publisher
Before you is a unique book: the true story of the 1812 war of the year! Russia's largest specialist in the Napoleonic era, a famous historian, Yevgeny Ponasenkov, studied tens of thousands of documents stored in the archives of Russia and Europe, as well as diaries and memoirs of participants in events - and managed to create a fundamentally new description of that grand campaign. Impeccable accuracy of scientific presentation is combined with a bright and elegant manner of presenting the material. For the first time, a detailed description of the life of all strata of Russian society is given, economic, diplomatic and cultural aspects of what happened are investigated. You will learn about the true plans and actions of Napoleon and Alexander I, about the civil war in Russia that occurred in parallel with the invasion, about backstage "battles" and the intrigues of the world of professional scholars and state propaganda. A graduate of the Faculty of History of Moscow State University, the author of many scientific works, Evgeny Ponasenkov, today is considered to be the intellectual guru of the new generation. His merits include the creation of Russia's largest personal collection of books and objects of art of the Napoleon era. The second edition is equipped with advanced chapters and additional illustrations.

The publication, by the way, is the second. Augmented.
It seems that now normal readers will begin the familiar "buffoons, what are you doing?". Who knows me for a long time, he already understands that the tree, that is, I, just will not buzz like that.

"Moskovsky Komsomolets" St. Petersburg branch:
“Quite recently, the young but already well-known historian Yevgeny Ponasenkov published the book The First Scientific History of the 1812 War of the Year. This study caused a scandal and literally in a few days became a bestseller, breaking all records of sales of scientific literature. ”

In the name of the Romanovs, whom I respect and honor (with rare exceptions), I tried to read it.

And what is the result, ask?

Fine. Gulped shit so that the hippo would envy.

1. Alexander 1 since childhood was a stooped, balding, remote walking storage complex.
2. In addition, he was impotent.
3. He never had a relationship with his wife and had no heirs.
4. Alexander envied Napoleon, who was an example for painters and sculptors of Europe (ha-ha, this little man!), And therefore Alexander faithlessly attacked France.

The first and last time I quote the author of this "labor":

“In fact, Napoleon didn’t have as many women as a man of his temperament and position in society could afford. While still young, General Bonaparte became the star of Europe, he was called the ancient hero, compared to Alexander of Macedon, engravings from his portraits painted by Antoine Gros and Jean-Baptiste Izabey were decorated by the homes of very many Russian nobles. Bonaparte was phenomenally gifted and as a statesman. For several years he was able to create a new France. And Tsar Alexander was inept as a military man; he did not succeed in reforming Russia either.

As a result, the envious host of the “country of slaves, the country of gentlemen” organizes the anti-French coalition in 1805, but suffers a monstrous defeat at Austerlitz: the Russian army flees, the king himself loses retinue and later finds himself crying under a tree and suffering from diarrhea. The story of this diarrhea spread over Petersburg, and all further events are the revenge of the bald loser, who himself has dishonored himself. The blame for the deaths of hundreds of thousands of innocent lives rests entirely with the envious Tsar Alexander I. ”

Then you can not continue, right?

When Judas Rezun dies in his British lair, he can do it calmly. Worthy bullshit he has. But Rezun would hardly have pressed a student follower to his chest and would have shook his hand. 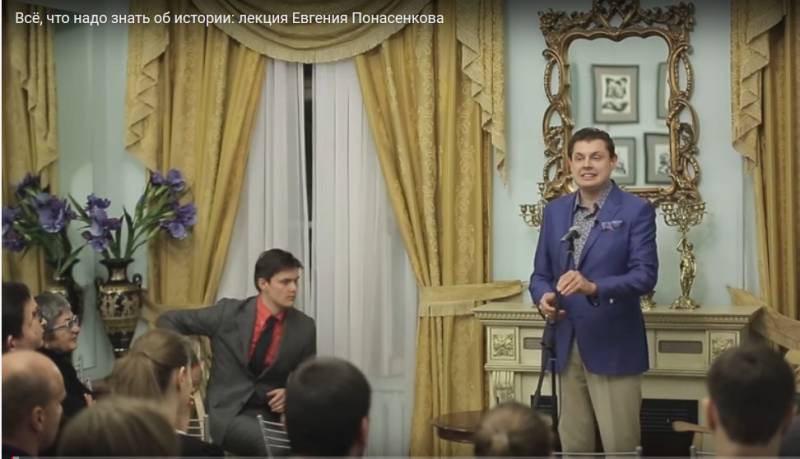 Just a couple of facts.

Yes, this Ponasenkov, who for some reason is called by some as a “scientist,” even learned from Moscow State University. But, alas, did not finish ... The reasons are different, the essence is the same.

And only those who poorly understand the real meaning of this word can call him a scientist.

A scientist is a person who has learned something. Moreover, he worked on improving his scholarship by writing articles, defending dissertations, and so on.

And here? And then - zilch! Not even a diploma! Scientist…

But there are forces that do not get tired of telling us how gifted he is, this Ponasenkov.

“A film actor, director, producer, TV host, academic historian, musical performer, writer and political scientist - who this energetic young man is not. However, he achieved the greatest heights in historical sciences. Today, his popularity is extraordinary. Surely there is no such person who cannot answer the question - who is Yevgeny Ponasenkov? ”

I will not give a full quote from one very highly specialized site.

But quite calmly, I can answer why Zhenya suddenly spins up so hard in Russia. And at whose expense.

And everything is simple. Who does not believe - find at least one (I will not ask for two, it is impossible to find) photos of Zhenya with a girl ... 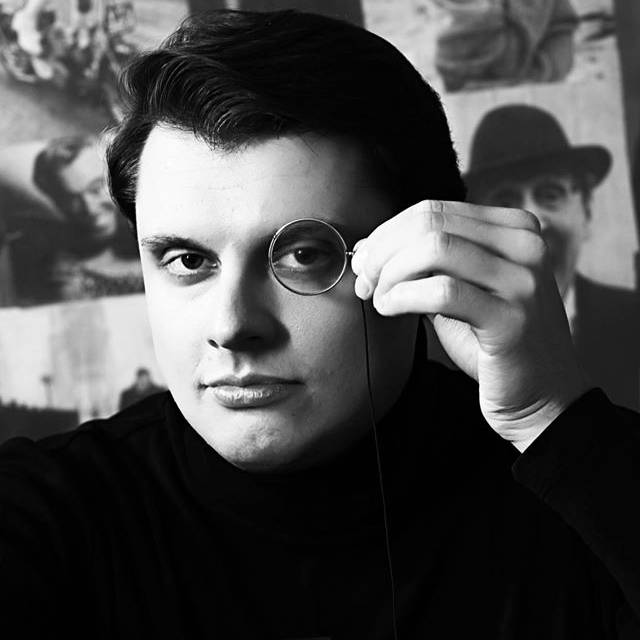 You will not find.

But a huge number of articles and other rubbish signed by Ponasenkov are published by such a cute magazine like KVIR ...

Dear, do not you think we came? We came to a certain Rubicon, for which only a rapid fall into the abyss, filled with shit?

Homosexual and pederastic rewrites our history. He says that Russia lost to Napoleon, that Kutuzov was a slacker, and Alexander was the first Ponasenkov.

I honestly do not know where to fall further. I knock on the bottom. The erect body of the KVIR-fan from history. The bottom is cracking and already giving way.

I have only one question: is this normal? Maybe I do not understand something?

It’s normal that the state doesn’t give a damn about the fact that the dropout is a homosexual who imagines himself a historian doesn’t hesitate to publish them, apparently, with money from the LGBT community, and don’t care about it?

"Komsomolskaya Pravda" calls him on the air, "Moskovsky Komsomolets" writes enthusiastic articles ... Along the way, Komsomol members of that ... Everything ... And a lot of talk shows, Zhenya even managed to pozhemanichat on "First".

We have no culture. We have no history. And, apparently, do not hope for recovery. If the libels, sucked, I don’t know where, they are recognized as “scientific” and presented as “true history.”

We arrived, dear. In the KVIR. To Rezun.

What we strongly congratulate.