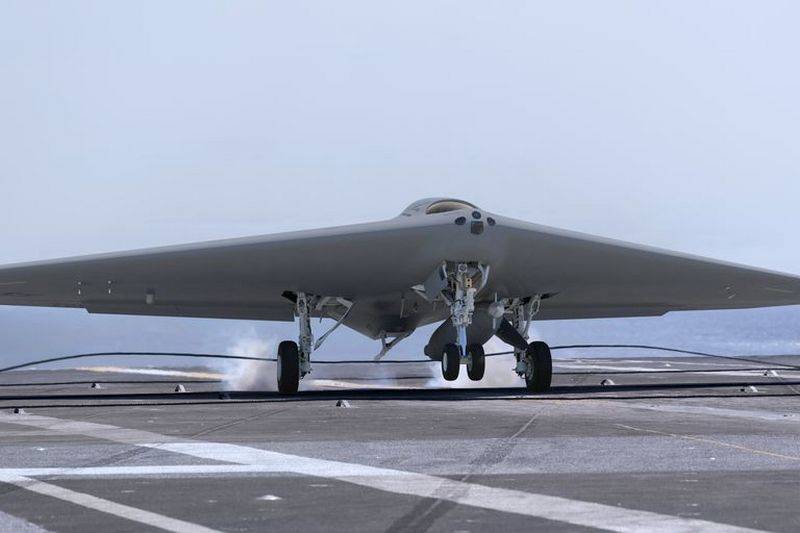 A new UAV for the needs of the US Navy is being developed as part of the UCLASS program (unmanned carrier launched airborne surveillance and strike). Initially, the command of the Navy planned to adopt an unmanned stealth bomber, which could deliver bomb attacks, while remaining invisible to air defense weapons. The project was named RAQ-25.

In the 2016, the US Navy has formulated new requirements for the deck drone, replacing its main purpose. The project was renamed MQ-25 Stingray and redeveloped into an unmanned tanker. At the same time, the military command refused the stealth characteristics of the aircraft, and also removed from the requirements the ability to carry weapons. Externally, the MQ-25 Stingray resembles a smaller version of the stealth bomber B-2 Spirit.

Ctrl Enter
Noticed oshЫbku Highlight text and press. Ctrl + Enter
We are
Drone tanker X-47B for the needs of the US Navy AviationLockheed Martin is preparing a revolution in energy. Russia does not believe in it
Military Reviewin Yandex News
Military Reviewin Google News
104 comments
Information
Dear reader, to leave comments on the publication, you must sign in.