March 27 2018
8
On the Black Sea navy the crew of the second patrol ship of project 22160 Dmitry Rogachev built in Tatarstan was formed, reports RIA News the message of the representative of the Black Sea Fleet of Captain First Rank Vyacheslav Trukhachev. 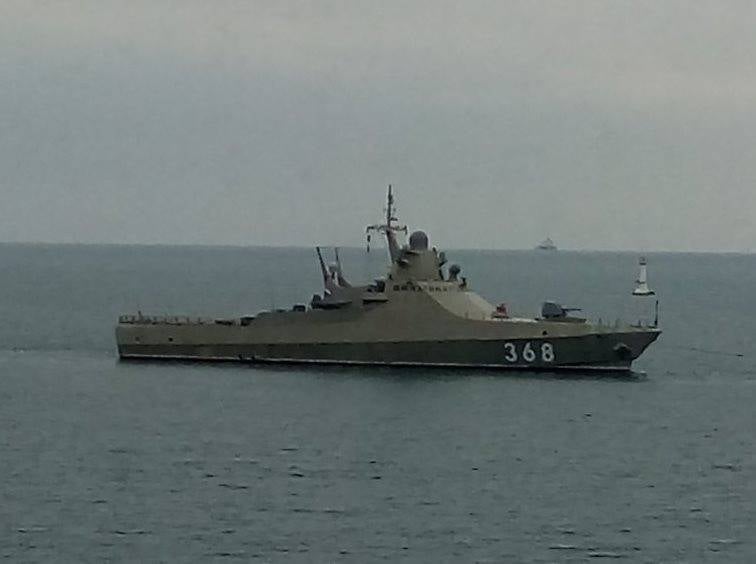 The formation of the crew of the second patrol ship of the 22160 project "Dmitry Rogachev" has been completed at the Novorossiysk Naval Base (NBC);
said the representative of the fleet.

According to him, “at present, the crew, staffed exclusively by contract servicemen, is undergoing practical training on the ships of the Novorossiysk naval base and is preparing for training at the Joint Naval Training Center in St. Petersburg.”

Help press service: "Patrol ship" Dmitry Rogachev "built on Zelenodolsk plant named after AM. Gorky and launched in 2017 year. Currently, the ship completes the completion cycle and prepares for factory and state testing. ”

Ctrl Enter
Noticed oshЫbku Highlight text and press. Ctrl + Enter
We are
The crew of the patrol ship Vasily Bykov was formed at the Black Sea FleetThe construction of a new patrol ship begins
Military Reviewin Yandex News
Military Reviewin Google News
8 comments
Information
Dear reader, to leave comments on the publication, you must sign in.