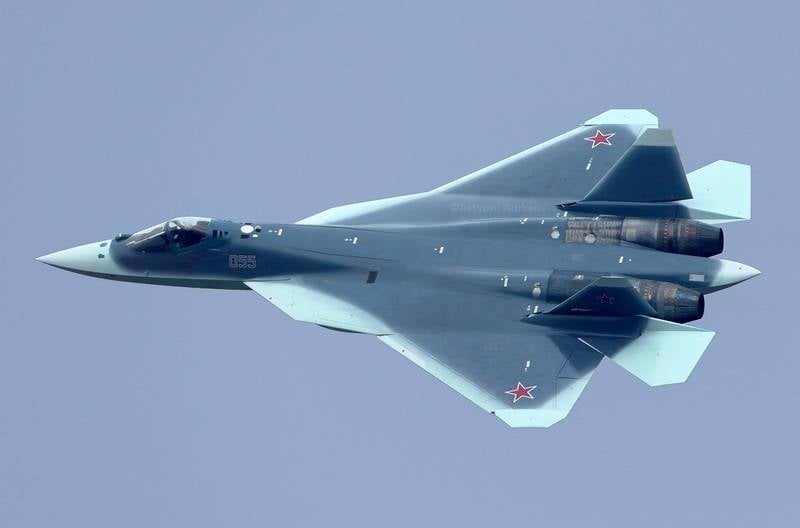 We handed over to the company "Sukhoi" five sets of anti-grip suits. The flight assessment stage has just begun, it is too early to talk about the results obtained.
- told RIA News Pozdnyakov.

Earlier, the Zvezda Research and Production Enterprise put up helmets for Su-57 pilots for testing. Now, according to Pozdnyakov, the possibility of comprehensive testing of all life support systems for pilots has appeared.

Su-57 is a fifth-generation Russian multirole fighter developed by the Sukhoi Design Bureau. It is designed to destroy air, ground and surface targets with overcoming air defense systems, long-range reconnaissance, as well as the destruction of the control system aviation the adversary.

The first flight of the Su-57 took place at the beginning of 2010, in Komsomolsk-on-Amur. The first batch of 12 machines VKS will receive in the 2019-m.

Ctrl Enter
Noticed oshЫbku Highlight text and press. Ctrl + Enter
We are
Media: Putin vainly admired the T-50 fighter - he was shown the plane with the old stuffing
Military Reviewin Yandex News
Military Reviewin Google News
25 comments
Information
Dear reader, to leave comments on the publication, you must sign in.