Do you write a lot on the Internet? Come for you! 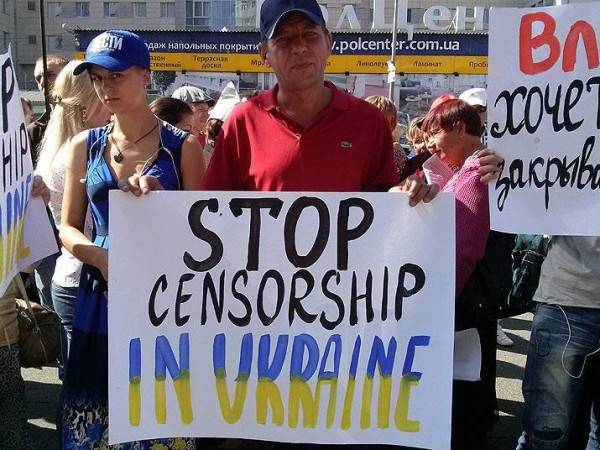 Indeed, much of what is happening there today does not fit into the logic of normal people. However, laughter is laughter, but in fact, the Ukrainian authorities are well aware of the mechanism for organizing "popular unrest" and "outraged riots."

Today we can say with confidence that the protest movement in Ukraine is completely under the control of the security authorities and the Ministry of Internal Affairs. And this global control. The Security Service of Ukraine and the Ministry of Internal Affairs are no longer limited to recruiting the leaders of these movements or controlling their activities through their own agents within organizations.

Many still remember how events began on the Maidan. 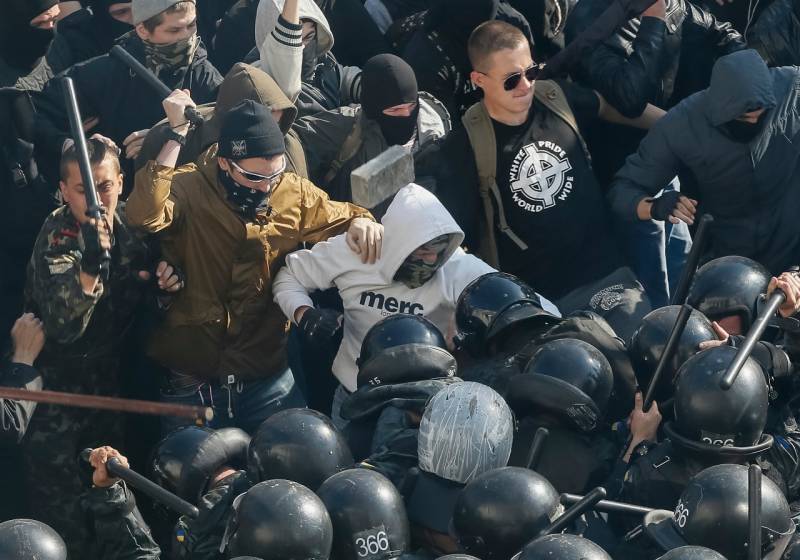 As oppositional nationalist forces were able to quickly bring such a mass of youth to the rally. For many, it is no secret that even today most organizations gather from among the users of certain sites on the Internet. Internet for young people replaced the revolutionary proclamations and leaflets on the walls. And at the same time, the Internet makes it possible to instantly send orders to action.

It’s not for nothing that today, in Russia, the special services are getting out of their way to gain control over communication media such as "Telegram", "Viber" and others.

It is not necessary to exaggerate the analytical skills of the intelligence officers. But you should not treat them with contempt. It is the knowledge of the technology of organizing riots that pushed the security services to take control of the most important means of communication. Those same "telephone, telegraph and mail", which once wrote the leaders of the uprising in 1917-m. 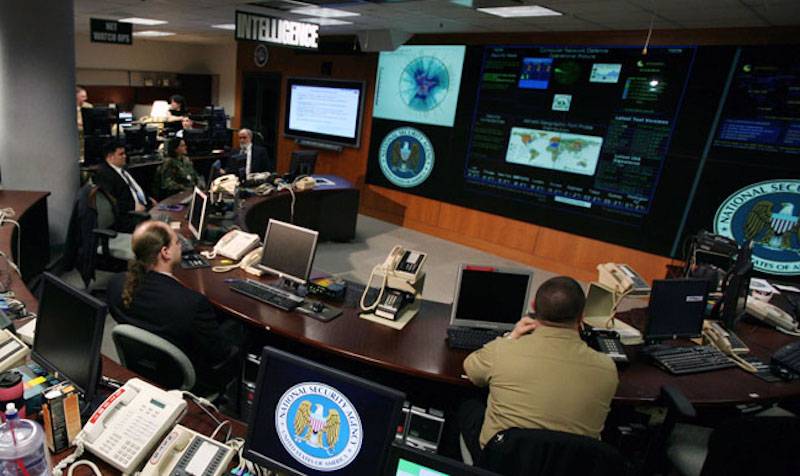 An excellent investigation confirming that today social communication in Ukraine is under the close supervision of the special services was carried out by journalists from the Ukrainian publication “Country”. The following facts are taken from this particular edition.

The main enemy of the Ukrainian government is Facebook. It is for the posts posted on this resource, the Ukrainian courts and sentenced Ukrainians to various terms. It is through Facebook that they reach those who can even theoretically pose a danger to power.

The first example is indicative precisely because the convict is not an enemy of Ukraine. This is just a man whom the power of the oligarchs "got". A sort of dinosaur Maidan, who still believed in the possibility of a change of power through rallies and meetings.

Roman Kolomiets, a resident of Svitlovodsk in the Kirovograd Region, was convicted by a court in February 2016 of the year for “appeals for the overthrow of the existing power” for three years. Such a sentence was not caused by insignificance of the charges, but by the good work of the SBU investigators. They were able to convince the suspect to make a deal with the investigation, admit guilt and thus mitigate the sentence.

What is so terrible made Kolomiets? What are based on quite serious charges? It is easier to bring ALL seditious entries to Facebook than to explain why they are so terrible Poroshenko.

"Add to the new revolutionary community" Ukraine, rise! "When we are 100 000 - go to the government quarter and take out all the evil from offices!"

"Ukraine, rise! It is impossible to live in a new way with old rats!" 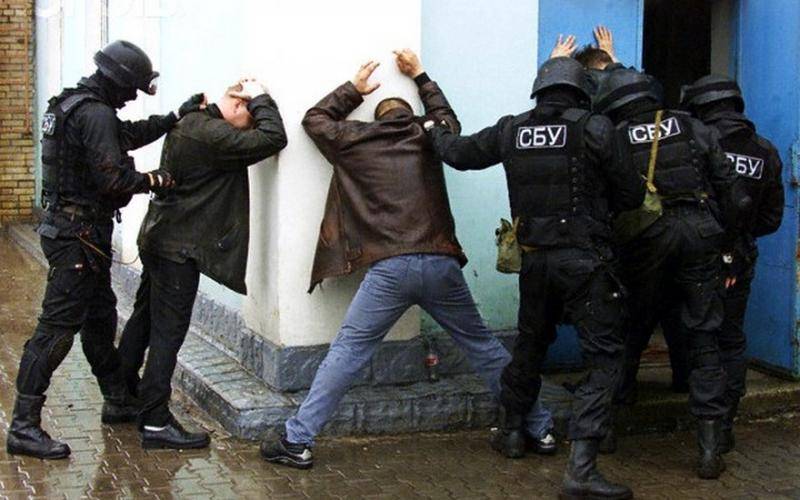 Everything! This turned out to be quite enough for the SBU investigators to blind the case for three years! It is indicative that such a thing showed all the "romantics from Maidan" their real place in the system of government. Every cricket know your hearth. Or the Moor did his job ...

The thesis that we still hear from some Ukrainian bloggers and journalists about the real power of the people in Ukraine turned out to be another issue. Power belongs to certain, specific people. Shepherds do not need the opinion of the flock at all. "Be, IU and mu" ordinary Ukrainians do not need anyone ...

Another case will be unexpected for some readers. We are accustomed to the fact that in Ukraine there is an "untouchable sect" - nationalists. After all, it was precisely the nationalists who were in many ways the driving force behind many events that brought the current leaders of the country to power.

Deliberately, in order to show Ukraine that Ukraine is “legitimate” from the point of view of Kiev, we will not consider people from the Donbass. Just because the pathological hatred of these people has already been raised. Just mentioning the place of residence (Donbass) makes a person a criminal for the majority of Ukrainians. Just for being from the Donbass.

So, Transcarpathia. Region of compact residence "wrong Ukrainians". It is no secret that for Svidomo Ukrainians, other than Russians, other nationalities who have the audacity to live on Ukrainian soil are enemies. It does not matter at all that these people lived here long before these lands were transferred to Ukraine.

Zoltan Vash was the administrator of the Hungarian-speaking Facebook group “Karpatalja nem Ukrajna”, which translates as “Transcarpathia is not Ukraine”. Like most of the inhabitants of the border regions, he often came to neighboring Hungary. Only the lazy one does not know that the national minorities of the western regions of Ukraine already have passports or cards (like the Pole’s card) of neighboring countries.

What do those who feel like strangers in the country talk about in social networks? Moreover, what is the example of the Crimea before my eyes? What are the leaders of such social groups outside the country talking about?

Naturally, the main issue that is constantly discussed is the issue of autonomy of the region. Cultural, linguistic, religious, political, but autonomy. It is clear that the villages and cities in which the majority do not even speak Ukrainian will be separated.

That's what your Zoltan and received five years of probation. "Or leave, or fight for the liberation of Transcarpathia from the Ukrainian government!" These words spoken by yours in Budapest on the Russia 1 TV channel 13 on July 2015 and became the basis of the charge on the 4 article of the Criminal Code.

It is difficult to say now that it turned out to be more weighty, the words or the broadcast of the Russian TV channel, but ... 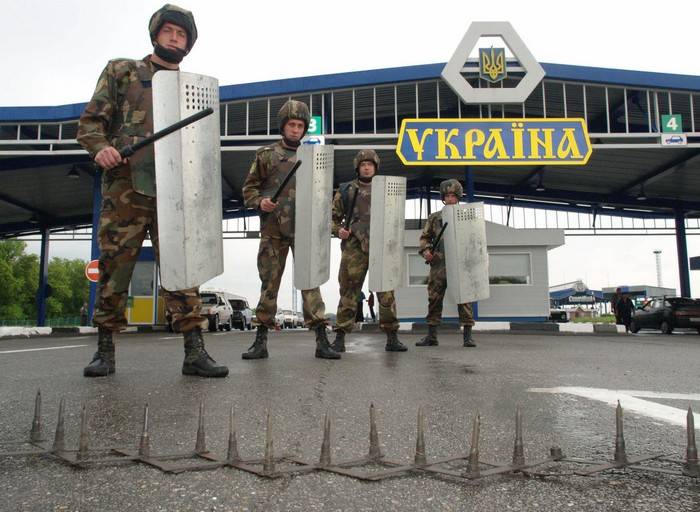 Conventionally, again for the same reason as in the first case. He agreed to cooperate with the investigation. Or very strongly asked to agree and acknowledge.

Do you think this attention of the Security Service of Ukraine is due to Zoltan’s separatism? Alas, but the "normal" Ukrainians are tracked and punished. I took the word "normal" in quotes simply because by this word I mean nationalists. Nationalism in today's Ukraine is indeed considered an indicator of normality.

Exactly, the resident of Lutsk Vasily Solomonyuk in June 2017 received his “three rubles” for nationalist calls and calls for power.

"If we do not destroy power, power will destroy us."

"They will by no means give up power voluntarily through peaceful elections, they can only be thrown off by force weapons, by rebel warfare. All organizational work of patriots should be focused on 3 main areas: recruitment, combat testing and training of rebels, formation of groups; mining in any way weapons, finance and equipment; revolutionary insurgent propaganda with clear emphasis on armed struggle against the regime ... "

Well, with such a set of plans, probably, in Russia, the investigators and judges would think hard.

We often speak and write that modern technologies allow creating a situation of chaos rather quickly and effectively enough. Moreover, we believed in this thesis so much that we forgot about the opposite effect. More precisely, we do not link the communication capabilities of a person and the ability of special services to track contacts of this person.

The example of Ukraine today is an excellent illustration of such opportunities. Country "under the hood at Muller."

However, it is much more important to understand that the Poroshenko regime was well prepared to deal with possible bursts of discontent. Today, the option of “calling on social networks to protest” will only lead to the arrest and isolation of the account holder. And this is at best. But another option to transfer information about the owner of the radicals ... 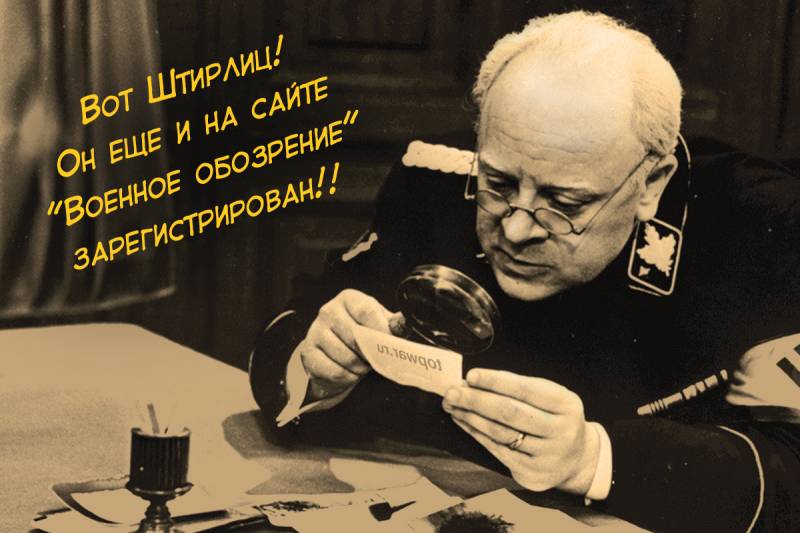 We (on the “Review”) criticize “normal” Ukrainians a lot and fiercely. We went, adapted, hut with the edge and so on. Forgetting or simply discarding everything we talked about, and spoke more than once.

Ukraine today is on the path not only to the totalitarian, so also openly nationalist state.

And one of the main criteria of such a state will be the global power of the special services. And, of course, the judicial system is completely subordinate to the authorities. This is where the perpetrators are appointed, even without hearing their arguments in their own defense.

This is worth remembering. Just in case, and for myself.

Ctrl Enter
Noticed oshЫbku Highlight text and press. Ctrl + Enter
We are
About Stalin and KhrushchevWhat you didn't want to know about England
Military Reviewin Yandex News
Military Reviewin Google News
67 comments
Information
Dear reader, to leave comments on the publication, you must sign in.