The Chinese showed their wheeled tank

March 26 2018
46
China has demonstrated its wheeled tank. This type of armored vehicles is in service with the armies of the United States, Japan, Italy and several other countries. Now China has joined them, Warspot reports. 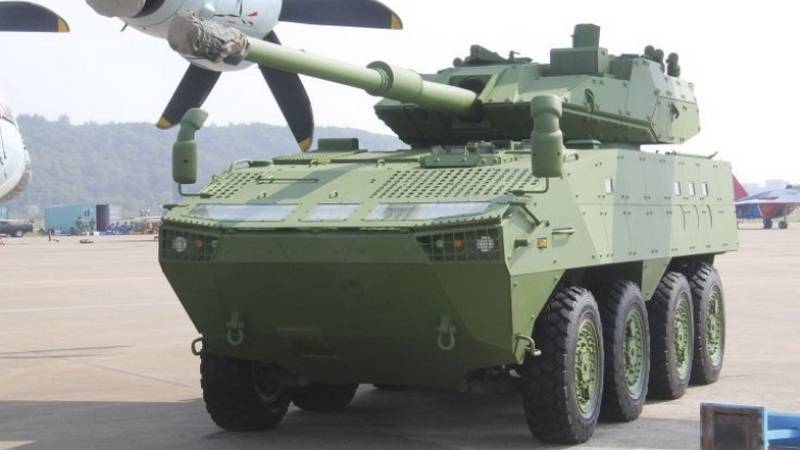 About creating a wheeled tank based on the VP10 armored personnel carrier, it became known in August last year. A new modification of the VP10 is an anti-tank self-propelled artillery mount, which, according to Western classification, is called a Tank Destroying Vehicle (TDV). The machine is armed with a 105-mm gun, the claimed armor penetration of which is 650 mm steel, covered by dynamic protection.

Initially, it was reported that the new combat module weighs significantly more than the "native", so VP10 with the 105-mm gun lost amphibious capabilities. At the same time, the machines shown in the video have propellers. In addition, earlier it was reported that the new tank destroyers were intended for export, while the CCTV-7 TV show showed Chinese army vehicles.