March 26 2018
9
At the Besovets airfield in Karelia of the Western Military District, fighter exercises began aviation Ladoga-2018, in which 50 crews of combat vehicles are participating, the district’s press service said. 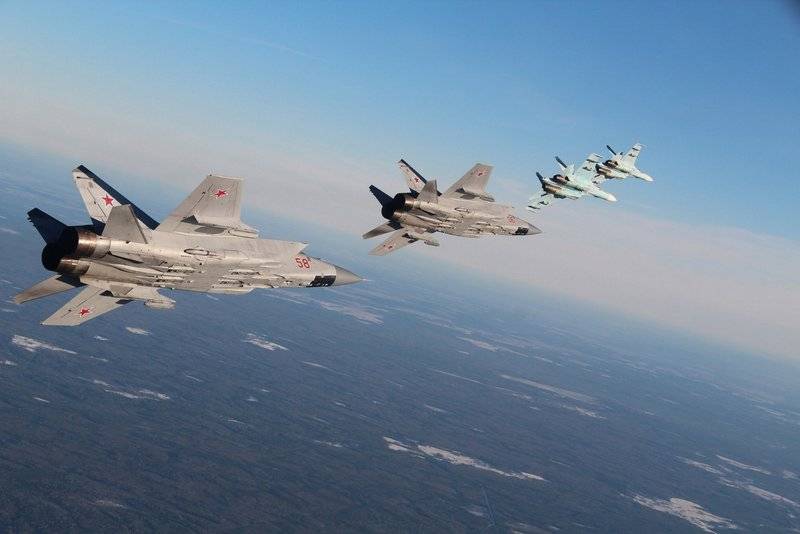 Fighter pilots from the air formations of the district arrived to participate in the exercises in their combat vehicles. The exercise will take place over the proving ground and the coastal territory of Lake Ladoga. Pilots of the Air Force and Air Defense of the region on the MiG-29SMT, MiG-31BM, various Su-27 airplanes will conduct combat firing, guided missile launches, and will also work out the elements of air combat
- said in a statement

It is noted that the pilots will improve their skills in detecting a conditional enemy’s air attack weapons, intercepting and destroying them at any time of the day. At the same time, they will have to perform one of the most difficult exercises, when the leading aviation unit launches a light bomb that illuminates the ground surface, and its followers must destroy all the detected targets.

The peculiarity of the exercises is that the pilots are not informed about the location of the target and its characteristics before receiving the signal and independently search for it and intercept it while in the airborne alert zone
- added in the press service of the ZVO.