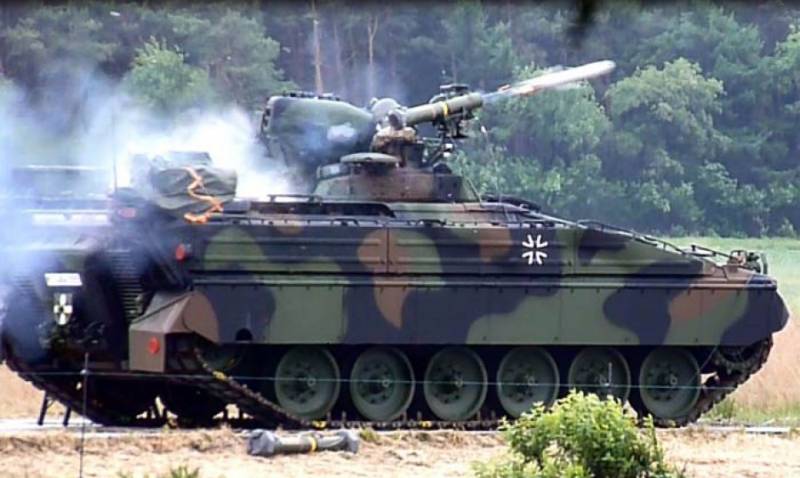 The contract for the integration of the MELLS (Spike-LR) ATGM on the Marder infantry combat vehicle with the aim of upgrading and extending the service life of the latter was concluded at the end of 2016. The transaction value was 35 million euros.

Two upgraded BMPs successfully passed the tests in the first half of 2017.

In December, 2017, Rheinmetall, supplied the 44 Bundeswehr with the MELLS series, which are currently equipped with 35 machines.

“Also, the new German BMP Puma should be equipped with the MELLS complex, although, according to a number of sources, the actual serial equipment of the Puma combat machines with this complex is expected only by 2024-2025 years,” the article says.

Ctrl Enter
Noticed oshЫbku Highlight text and press. Ctrl + Enter
We are
The Czech army prefers the Puma BMP and is looking for a replacement for the T-72 tank.Driving force
Military Reviewin Yandex News
Military Reviewin Google News
19 comments
Information
Dear reader, to leave comments on the publication, you must sign in.