There may be a Kremlin bug. In the United States banned the installation of a monument to Soviet pilots

March 26 2018
20
In the US city of Elizabeth City (North Carolina), the level of Russophobia has reached an exorbitant level. According to the Associated Press, local authorities refused to install a monument to Soviet pilots, which they initially (with the administration) agreed to open in the city representatives of the diplomatic corps of the Russian Federation. The installation of the monument was to be carried out with Russian funds.


We are talking about a monument weighing about 25 tons. This is a monument to 11 Soviet pilots who died during the Second World War during the execution of orders to move aircraft from the USA to the USSR. Operation "Zebra" was declassified in the USA in 1994, and in Russia only in 2007. The casting of the monument was made by order of the Ministry of Defense of Russia. 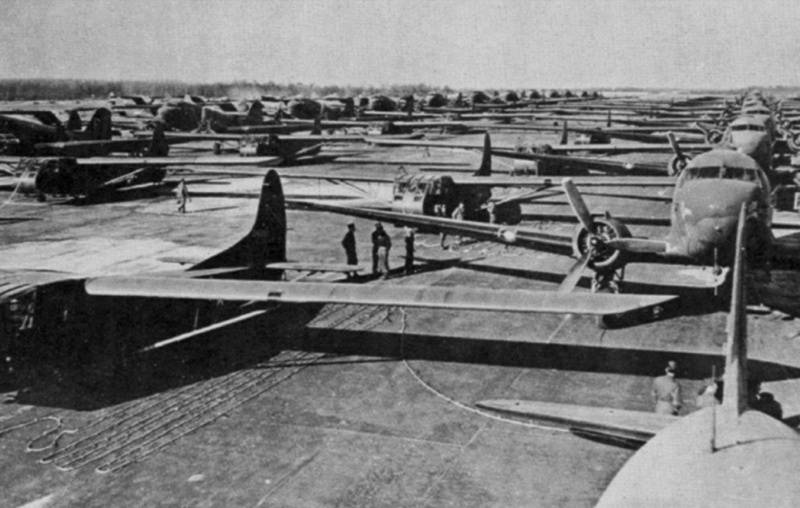 According to the representative of the city assembly, they refuse to the public organization to install a sculptural group, as it can "harm the safety of local residents." A press release from the Elizabeth City administration claims that Russia "can use a monument to the heroes of World War II as a means of espionage."

From the material of the portal USNewsreferring to AP:
In the monument can install devices for monitoring citizens. The Kremlin can watch through it the base of the Coast Guard, which is located in our city. Russia is known for its hacking computer networks.

Anita Hammer, a member of the Elizabeth City administration, said she respects the fallen Soviet soldiers, but "now is not the time for such monuments to be erected in the United States."

The installation of a monument weighing in 25 tons, commissioned by the Ministry of Defense of the Russian Federation, was agreed with the leadership of Elizabeth City last year. Russia fully assumed the costs of its installation, and the city administration, in turn, was going to equip the park where the monument was to appear. However, now the American side has drastically changed its position.

"We live in a difficult time, people are very concerned about many things. I understand that this is a monument in honor of the fallen heroes of World War II, and there are Americans who fought in this war and are buried in Russia. But then times were different than now." - said a city council member Anita Hammer.

Her colleague, Johnny Walton, completely linked the whole conspiracy theory to the monument. In his opinion, a certain device can be installed in the monument, with the help of which the Kremlin can, if necessary, remotely disrupt the Internet or power supply in the city. "Russia is known for its hacking. They are experts on hacking, and we have the largest Coast Guard base that cannot help anyone because of non-working computers, because Russia is in control of the mouse cursor," Walton said.

Last summer, TASS reported that the Russian delegation led by the deputy head of the Russian Defense Ministry to perpetuate the memory of those killed in defending the Fatherland, Andrei Taranov, met with the authorities of Elizabeth City and presented them with a project of a 11 monument to Soviet pilots who died during the Second World War while carrying overrun tasks amphibians from the USA to the USSR. The operation, known as the Zebra project, was declassified in the US in 1994, and in Russia in 2007.

Ctrl Enter
Noticed oshЫbku Highlight text and press. Ctrl + Enter
We are
In the United States will establish a monument to Soviet pilots 11
Military Reviewin Yandex News
Military Reviewin Google News
20 comments
Information
Dear reader, to leave comments on the publication, you must sign in.