March 26 2018
58
The United Kingdom in the "Case of the Violin" applies the techniques of black PR, and the actions of London themselves are "a colossal provocation and adventure," reports RIA News statement by the representative of the Ministry of Foreign Affairs of the Russian Federation Maria Zakharova. 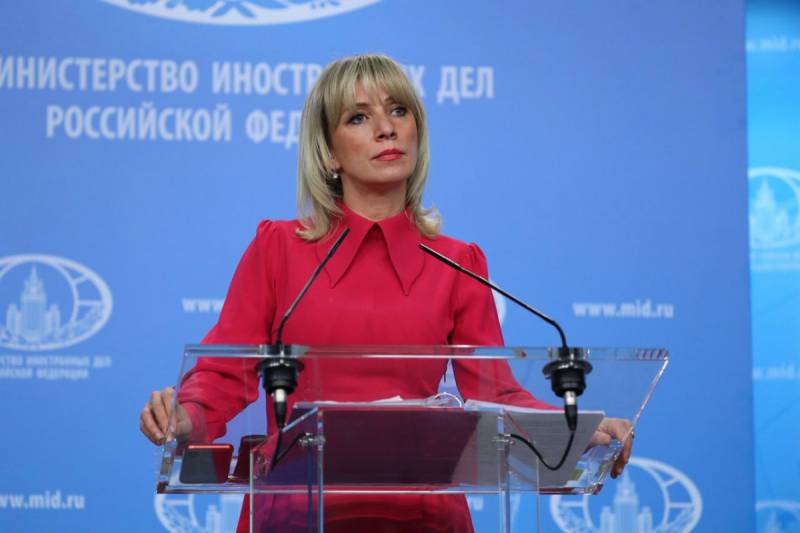 They can not defend their theses, (...) they can not sell it, using their own arguments. Accordingly, they turned to the concept of anti-advertising and black PR of a world scale. This is a colossal provocation. I would say more: this is a colossal gamble,
Zakharova said in the program "Sunday Evening with Vladimir Solovyov."

She noted that the information campaign against Moscow was poorly worked out, “the British media have already begun to pay attention to the unconvincing argument.”

Zakharova stressed that the EU summit had discussed the incident in Salisbury “without a single fact, without a single argument”, which, according to her, “does not even look like a court.”

Give at least some argument, no, you need a comparison with the Third Reich and Nazi Germany for such journalistic purposes,
A spokesman said.

She also promised a surprise to all those who are trying to present Russia as an enemy.

We have a surprise for all who have either conscience or audacity to compare, somehow draw parallels between Russia and the Third Reich,
reported Zakharova.

Recall, the British authorities accused Russia of poisoning the ex-Colonel of the GRU Sergey Skripalaya and his daughter Yulia, who on March 4 were found unconscious in Salisbury.