Weekend reading. Do you have an army tattoo?

March 25 2018
99
Under the heading "Weekend Pulp Fiction" we present a little material about the growing popularity of tattoos in the military. If another three decades ago a tattoo on the body of a draftee could become one of the primary reasons for his failure to enter one or another branch of troops (a specific unit), then today's fashion for tattooing among young people is forced to lower the bar of such restrictions.


There is no exact statistics, however, the staff of the military commissariats responsible for draft campaigns give an unequivocal answer: in recent years there have been significantly more tattooed recruits. It differs from previous years also in the fact that then tattoos could appear already in the process of military service; now, with tattoos, the meaning of which is often eroded by performance, they are already coming to the army.

If touch stories tattoos in the Russian army, in fact, this story originates more than three hundred years ago - in the time of Peter I. Moreover, the tattoos of that time (and in the modern sense it is difficult to call a tattoo in general) were done not for beauty. They wore quite utilitarian character. Certain cuts were made on the skin of the fighter, where the powder fell asleep. All this was covered with a tight bandage until it “overgrown”. After the formation of scars, a “pattern” appeared, which helped to identify the fighter, for example, in the event of his death.

At the dawn of the Soviet era, the most frequent tattoo was an image of a five-pointed star, “filled” with needles with the help of an improvised dyeing composition, in which besides the carcass was added the urine of the person to whom the tattoo was ultimately intended. This “recipe” has been used for decades, and, as you understand, not only (and not even so much) in the army.

When the Soviet government got on its feet, the attitude to the tattoos in the army on the part of the authorities and the command was tightened. Often, the presence of any tattoos meant an insurmountable barrier to getting into the elite (and “medium” in status) units. In fact, behind the scenes, this principle continues to this day. Moreover, depending on the form and content of the recruit's tattoo, this tattoo can cause great interest on the part of the psychiatrist during the passage of the medical board by the young man. There is statistics here: no more than 2% of recruits with tattoos are considered unfit for military service by the medical commission due to the identification of mental abnormalities.

In fact, the command was obliged to follow during the passage of service subordinates and on the subject of "stuffing" tattoos. Today, this duty has actually gone to nothing, and therefore just can not see on the bodies as those who pass military service or have already passed. Moreover, fashion leads to the fact that army tattoos occupy an increasing percentage of skin. One “For Airborne Forces” or “FOR PW” seems to many “too” a little, and therefore whole pictures appear on the bodies.

And several options of what can be found as a "army tattoo" in our days: 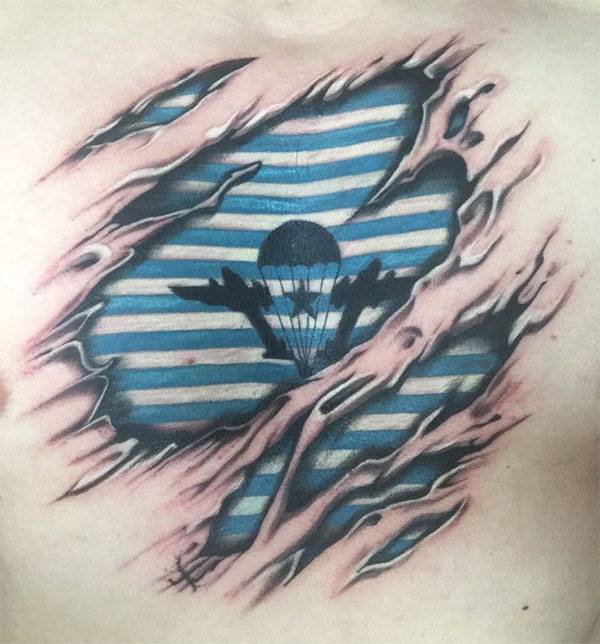 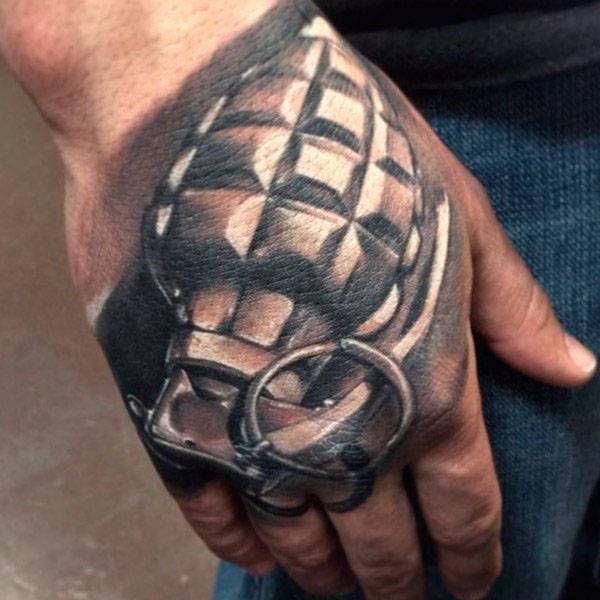 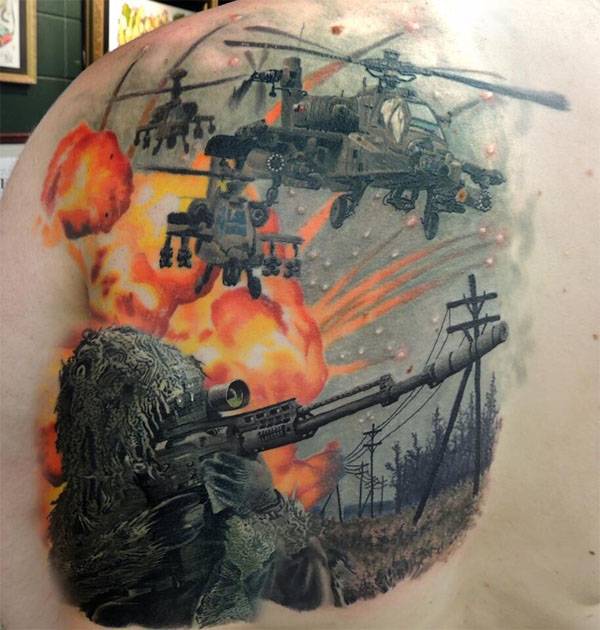 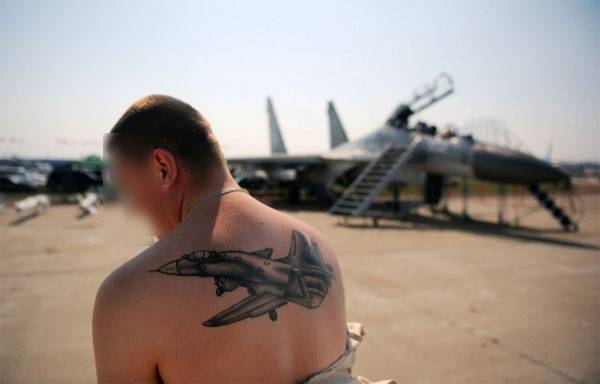 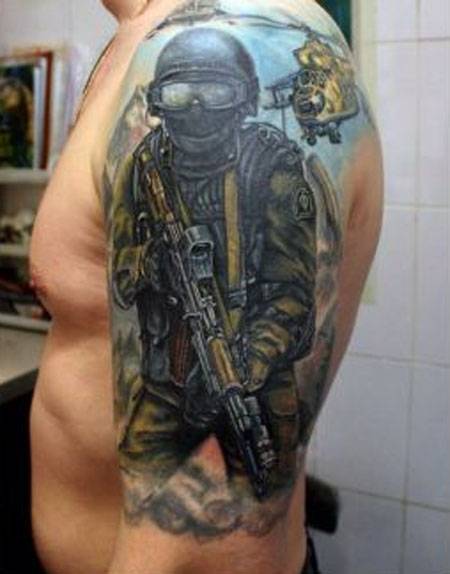 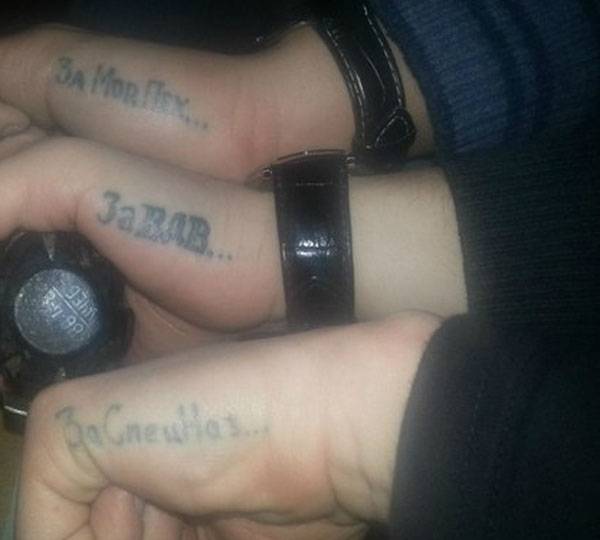 Did you get a tattoo during military service?

Ctrl Enter
Noticed oshЫbku Highlight text and press. Ctrl + Enter
We are
Day of the military commissariats in the Russian Federation
Military Reviewin Yandex News
Military Reviewin Google News
99 comments
Information
Dear reader, to leave comments on the publication, you must sign in.