Why Grudinin shaved his mustache, or How does the ideological enemy shave us

March 26 2018
426
The balance of forces between the liberal-pro-Western and state-patriotic press in Russia leaves no second any chance of getting into the media mainstream. 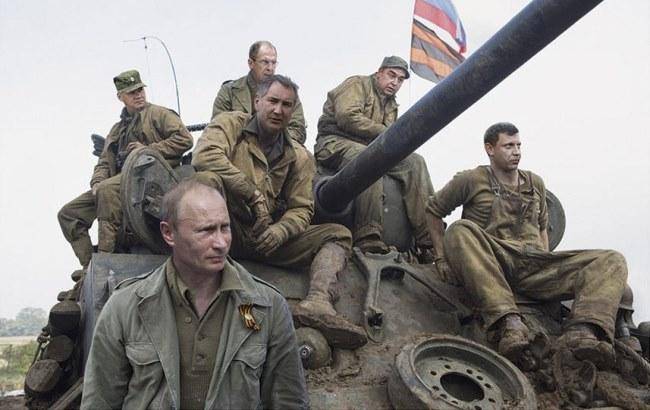 There is a well-founded assumption that the so-called patriotic propaganda, which has now flooded the Internet, is a stupid special operation of the enemy. In order to completely discredit the very patriotic idea and instill in the readership a persistent aversion to the ideas promoted in such a bawdy way.

For example, such a “patriotic” calendar. Only an obvious enemy could have thought of putting the most famous Russian statesmen and the head of the DPR, Alexander Zakharchenko, on the American tank M-4 "Sherman" of the Second World War. In addition, cheeky styrenny from the American film "Rage" with Brad Pitt in the title role. 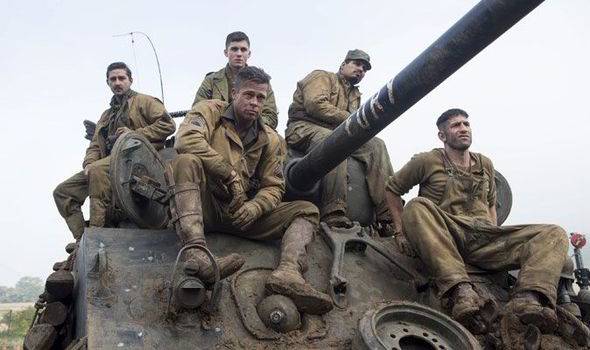 All these tales about two thousand American special forces, famously buried in the Eastern Gut by a Su-57 couple, about American submarines hopelessly stuck in the polar ice, about how we famously broke the Yellowstone volcano and about how Maria Zakharova broke all Western diplomacy into rags It seems that they have one purpose - to deprive even the appearance of credibility of the entire patriotic discourse and to develop persistent aversion to it as a whole.

Admittedly, this is a smart and promising tactic. Nowhere is there so much frank foolishness, idle talk and incompetence, as on the Internet resources of the so-called patriotic direction. Many of which, it seems, were created in conditions of complete lack of control in order to “troll” to a purely patriotic theme.

It is curious that a huge amount of pseudo-patriotic materials is published without any imprint, even without the author’s last name! That grossly violates the elementary norms of civilized journalism, gives rise to monstrous irresponsibility and ultimately completely repels a little bit thoughtful reader.

To which, as an alternative, much more competent and professionally made publications and publications are immediately slipped, but now with the exact opposite, including the clearly anti-state ideological charge. To do this, this alternative press has all the possibilities, both in terms of selection and training, and decent pay for its staff.

This allows the specified media to carry out an information policy that is clearly structured and carefully thought out in all aspects, covering almost all citizens' needs for relatively benign information. In such editions there are no minor things. And the frames are arranged in such a way as to squeeze out of any event or fact the maximum and strictly verified propaganda effect.

Particular attention is paid to headings as the most widely read, main snippet. News. It is in the headlines that the whole ideological essence of the news is embedded, for the sake of which they do not disdain even its deliberate distortion. This is considered quite acceptable, since it has been established that very few get to the "body" of the article.

Examples of such clearly emphasized headings may be the following:

"There are no invincible Russians."

We are talking only about the unsuccessful performance of our athlete at the World Championships. But this “meme”, which generalized the theme of the “victoriousness” of the Russians, will undoubtedly reach its addressee.

"Russia has prevented the UN Security Council from discussing human rights in Syria."

If you read the text, it will become clear that the editors of this publication had no reason to reduce the matter to the "insidious machinations" of Russia. Because together with Russia, China, Bolivia and Kazakhstan voted against it. And three more members of the UN Security Council abstained. But "omit", apparently, it was Russia that was required! What was done.

“Ukraine expelled a Russian journalist out of the country because of the elections.”

Pay attention to the style of the title! Instead of a calmly balanced "deported" contemptuous-abusive "kicked out" was used. Instead, "Kiev authorities" or "regime" says "Ukraine expelled." That is, the title consciously put an equal sign between the whole of Ukraine and the illegal regime, which does not enjoy even the minimum support of the people. And the task of inciting Russian hatred towards such Ukraine is successfully solved by mocking "ousted." So, drop by drop, from the part of our people enslaved by the West and its local mercenaries, the image of the enemy is being formed. Apparently, in order to make it more comfortable for us to destroy each other to the joy of the backstage owners of this factory of hatred.

And this is by no means isolated cases, but only illustrations that are quite typical for many editions of extremely stylized, if not to say directly hostile towards Russia and Russians, headline style.

Along with a thorough and, it must be admitted, in some cases highly professional work on introducing “correct headlines” into the mass consciousness, no less attention is paid to the formation of the most news picture of the day. Which, as far as can be judged, in a number of cases is focused on further fooling the audience and on creating complete informational chaos in the minds. For this, the technologies of dismantling the natural priority of news content are successfully used - from the most important to the unimportant and its replacement with an arbitrary pile-up and actual equalization of news that are objectively different in importance. News feeds of such publications are quite consciously mixed “vinaigrette” from the news about really key events, such as the statement of the Russian General Staff about the nature of the future war and the absolute nonsense adjacent to it about whether the former presidential candidate Grudinin shaved or not shaved his mustache.

Such a hodgepodge is a very effective means of diluting the system of traditional value priorities in the mass consciousness, which creates favorable conditions for the introduction of alternative landmarks and preferences to this cleared and leveled area.

They can tell me that the best way to avoid such undesirable indoctrination of one’s own consciousness is to stop using such sources of poor-quality information. However, not all so simple.

As a professional news journalist, based on my many years of experience, I can confidently assert that practically all noteworthy and at least relatively high-quality informational online media outlets in the Russian Federation, which have a mass audience, are controlled by so-called liberal-pro-Western circles.

At the same time, the state-patriotic segment is represented mainly by eternally yesterday's, fatally lagging behind the picture of fleeting events. Or those who frantically try to comply with the news agenda, but, for lack of their own funds, they derive content from a large spoon from the same enemy mainstream. As a result, even the terminological series of such publications practically ceases to differ from the “vocabulary” of anti-Russian media.

This was especially pronounced in the Ukrainian direction. Where would anti-Bandera-minded Russian publications naturally use such purely Kiev memes as the “antiterrorist operation”, “the armed forces of Ukraine”, despite the fact that they are essentially gangs of the illegal Kiev regime, “Ukrainian social activists” (this is about those bandits who have a habit of throwing bottles with combustible mixture into the windows of Russian diplomatic institutions). And so on, in the same vein. Alas, over the four years of struggle in Ukraine, no one from the Russian side has ever bothered to create an alternative to the US-Kiev conceptual apparatus, which is absolutely necessary for adequate coverage of these events.

It turns out that at a time when Russian President Vladimir Putin rightly speaks about the upheaval, unconstitutional nature of the current Kiev authorities, practically the entire Russian press uses in completely identical cases the terminology that legitimizes Kiev usurpers. Calling such, and without any quotes, not only as the president, head of parliament, deputies of the Verkhovna Rada and so on. Although even a schoolboy should be aware that the armed rebels, who seized state power by force, have no legal authority to call and hold any elections. From which it follows that all post-coup authorities in Ukraine are completely illegitimate.

And, finally, this frankly flawed “patriotic discourse” is supplemented from below by a stream of the most low-grade, hurray-patriotic “blizzard”, substantially seasoned with targeted defamatory injections of the opponent who skillfully worked under “his boyfriend”. And this is only the smallest thing that can be said in response to the long overdue question of why we are losing the information war.

Ctrl Enter
Noticed oshЫbku Highlight text and press. Ctrl + Enter
We are
One hundred years ago, Russia switched to a new calendar.Project "ZZ". "Communist" and "dreamer" against the "king"
Military Reviewin Yandex News
Military Reviewin Google News
426 comments
Information
Dear reader, to leave comments on the publication, you must sign in.