March 24 2018
154
The USAF solved the problem of extending the life of the A-10 Thunderbolt II attack aircraft at least until the 2030 year. The US Department of Defense allocated 103 million dollars to restart the production line for the new Warthogs wings, reports "Warspot" with reference to the portal defensenews.com 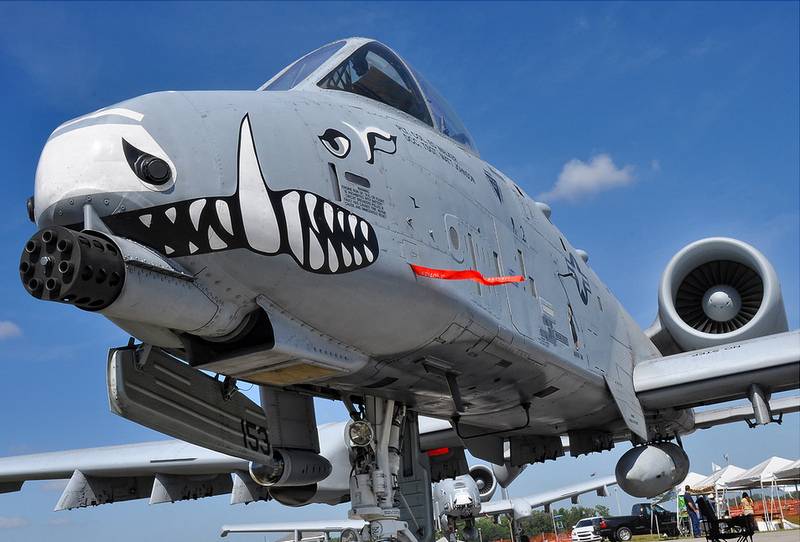 We remind you that more than two thirds of the existing fleet of A-10 Thunderbolt II attack aircraft were found unsuitable for flying due to the large wear of the wings. In the Pentagon, the contract for the supply of new wings was categorized as "unfunded".

As part of the military budget for the 2018 fiscal year, the US Department of Defense allocated $ 103 million to restart the line, which will produce new wings. Already this year, the United States Air Force will receive the first four sets, which will extend the life of the A-10 Thunderbolt II aircraft.

The A-10 Thunderbolt II entered service in the 1977 year, and due to its specific look, was nicknamed the Warthog (Warthog). The powerful armament of these attack aircraft made them highly demanded to support ground operations. At the service of the US Air Force remains about 170 attack aircraft A-10, of which 109 units need to be replaced wing.