March 24 2018
84
The navigator service of the Air Force (VKS) of Russia today, March 24, celebrates its 102 birthday. On this day at the height of the First World War (March 24 1916), on the basis of the order of the Chief of Staff of the Supreme Commander (at that time, the General from Infantry Mikhail Vasilyevich Alekseev), the so-called ZANS was created. We are talking about the Central Aeronautical Station, which can be considered the "great-grandmother" of the modern navigator service of the Air Force as part of the Russian Federation Air Force.


It was 24 of March that was chosen as the date for the professional holiday of military navigators of the Russian Air Force in 2000. Since then, this holiday in the calendar of military dates - officially.

What was the range of tasks of the Central Air Navigation Service during the First World War? In fact, there were a lot of tasks. This includes checking and installing instruments of high accuracy for those days, conducting upper-air observations to analyze the state of the free atmosphere, and working with aerial cameras. Due to the fact that the airplanes were equipped with special instruments, an absolutely new military profession of an observer-pilot appeared.

They became observer pilots, either military personnel who graduated from military schools in this military direction, or those who had unsuccessful flight experience on the aircraft that had then been in the imperial army aircraft fleet. Of course, both were particularly welcome.

At that moment, special attention was attached to observer pilots with aerial photography skills. The ability to capture enemy positions from the air for subsequent strikes and their correction meant a lot more than a century ago.

By the way, the first school of observers in our country is considered to be an educational institution opened in January 1916 in Kiev. This decision was made by the Military Council at the end of 1915. As can be seen, the educational institution for the preparation of those whom it is customary to call navigators today opened even before the official date of birth of the navigator service in the Russian Empire. The duration of training in the Kiev specialized military school of observers was six months. It was designed for training military 50. And it was, it is necessary to pay tribute, intensive training, including not only classes “on the floor”, but also field exits. 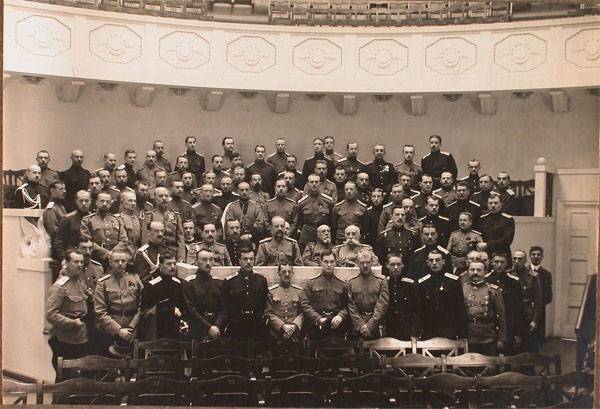 Students at the school during aerial photography classes (analysis of the footage): 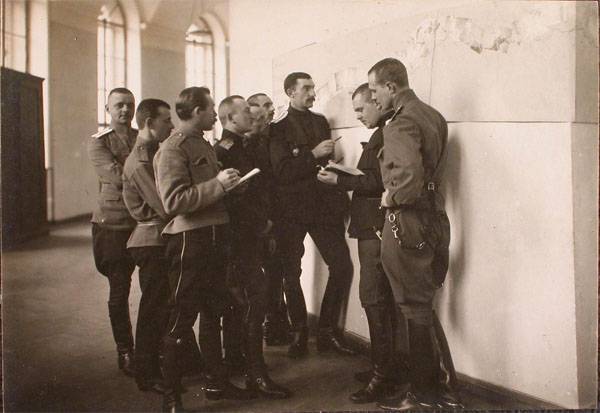 What photographic equipment was used in training in aerial photography, as well as directly above the combat zones? First of all, we are talking about Pott's aerial camera, which was by no means a compact structure with a crown, a 13x18 film cassette cm, designed for a maximum of 50 images, a drive and an alarm for rewinding, a stopwatch and a battery. 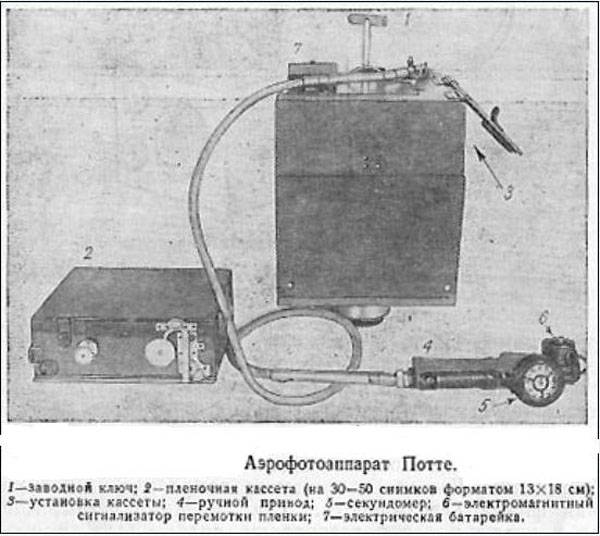 For reference: Vladimir Filippovich Pott was born in Samara in 1866, in the family of a military topographer. During training in the infantry school, he became interested in the theory of photography, as a result of which he developed his own camera for military needs. It was used to determine the distances and deviations of projectiles when firing from naval artillery guns.

Learning how to handle such an aerial camera, according to many students of the military school, was one of the most difficult, but at the same time, exciting activities.

The shutter release of the camera VF Potte was performed using a special rubber bulb connected by a tube with a so-called rubber souffle, which was expanded by a pear and activating the shutter under air injection. The lens had a focal length 210 mm and a relative aperture 1: 4,5. The insertion of the cassette with the film was made in a special hole, closed by a door. The total weight of the device was about 9 kg.

This camera from a different angle: 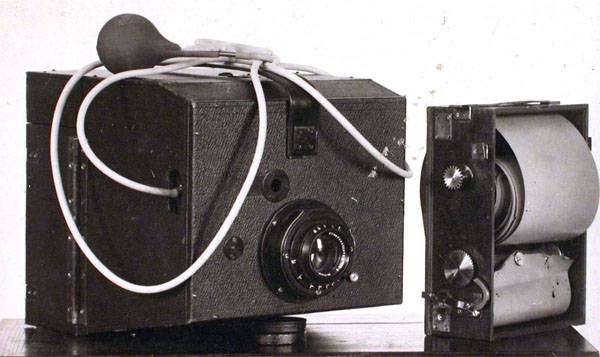 They experienced this miracle of technology, which in those times was really a miracle, at the airfield near Petrograd. It is noteworthy that the technological groundwork of the Photomotor camera (AFA) was very impressive, and therefore after the fall of the Russian Empire for a long time (before the beginning of the 30-s) it was used in the Soviet Union to create topographic maps. Many of those cards subsequently played an invaluable role during the Great Patriotic War, as well as, of course, military navigators.

Work with altimeter in the Kiev school: 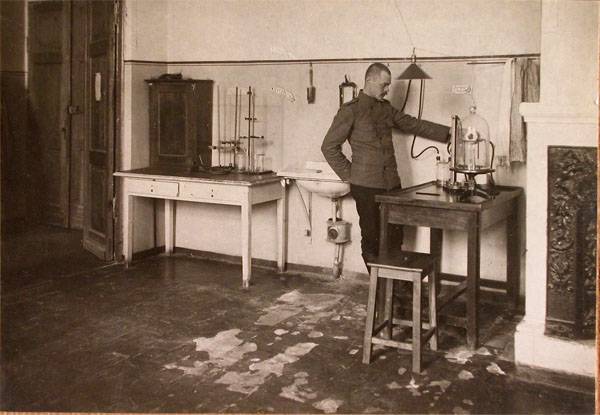 Due to the fact that one of the skills of an observer-pilot at that time was the skill of targeted bombing, taking into account weather conditions and speed of an airplane, the profession was eventually renamed “pilot-scorer”.

And this is the navigation equipment of the First World War, used by Russian navigators: 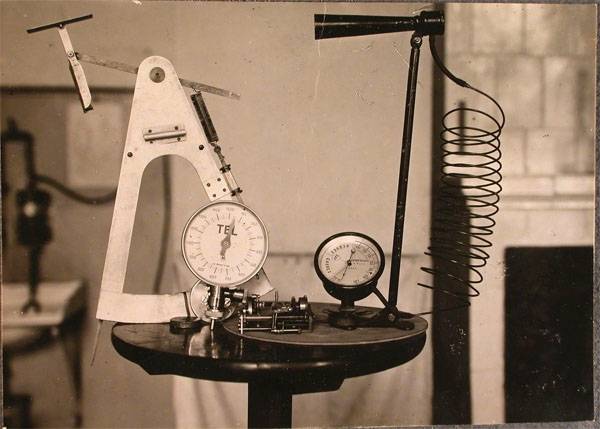 Today, more than 2 thousand navigators of various kinds are serving in associations, formations and units of the Aerospace Forces (VKS) aviation. The main task of the navigational service today is to ensure high accuracy and reliability of air navigation, as well as the effectiveness of the combat use of all types of aircraft weapons, aerial reconnaissance and electronic warfare.

Congratulations to the air force navigators (VKS) and service veterans on their professional holiday!

Ctrl Enter
Noticed oshЫbku Highlight text and press. Ctrl + Enter
We are
The centenary of the navigational service of the Air Force of RussiaDay of the navigator service of the Air Force of the Russian Federation
Military Reviewin Yandex News
Military Reviewin Google News
84 comments
Information
Dear reader, to leave comments on the publication, you must sign in.