How the Poles Bulgaria "freed"

March 24 2018
138
During the celebration of the 140 anniversary of the liberation of Bulgaria, President of this country Rumen Radev expressed appreciation for the national liberation of the Romanians, Ukrainians, Belarusians, Lithuanians, Poles and Finns. According to witnesses of previous ceremonies, this wording has been used in recent years. 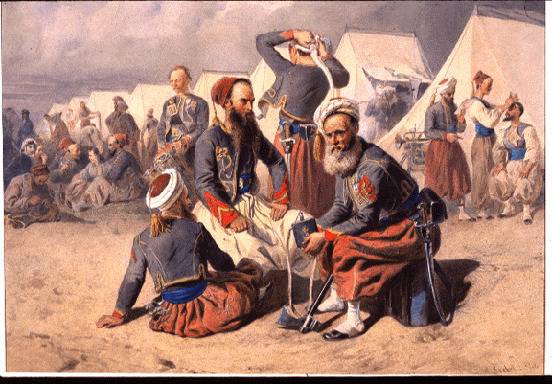 If everything is clear with the Romanians - they really acted as Russia's allies and participated in the Russian-Turkish war of 1877-78, then everything else sounds strange. If Radev was so important to indicate the nationality of Russian soldiers and officers who served in the Imperial Army, then it is not clear why he ignored the attention of Ossetians, Tatars, Mordovians, Udmurts, Kalmyks and other peoples of our multi-ethnic country.

The goal of such a strange presentation of a historical event is obvious: to diminish the role of the Russian empire and present the situation in such a way that Bulgaria was liberated by almost the EU.

But if we touch on participation in the liberation of the Poles, then everything is not so simple.

In the reports of officers of the Don regiments of the Danube army, operating in the 1877-78 year against the Turks, it was indicated that among the bashi-bazouks killed by their Cossacks were European bodies. Moreover, some even had body crosses. However, this did not prevent them from participating in the massacres of Bulgarian civilians - as evidenced by the "beads" of human ears. These Europeans are Polish volunteers who decided to fight against Russia and Orthodoxy on the side of the Turks. So to say, "For our and your freedom!". 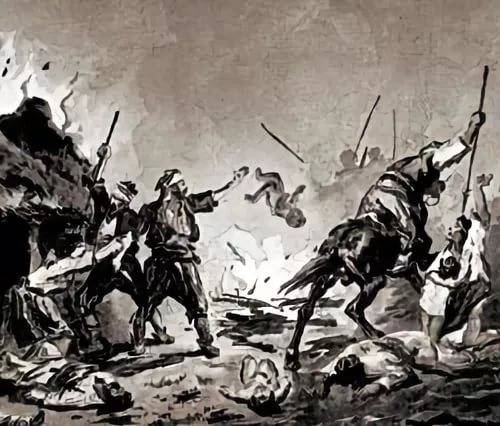 Note that Bashibuzuki (literally translated from Turkish - “with a defective head”, “crazy”), is the irregular formation of the Ottoman Empire. Due to low discipline and poor training, they had low combat value, and could not resist the enemy troops. However, this was not required of them - the Turks used bashibuzuki, mainly for terror against civilians and punitive actions. In Bulgaria, they “became famous” for their inhuman cruelty to civilians, mass violence and murder, desecration of Orthodox churches and the execution of priests.

However, all this was well known to Polish volunteers, yesterday's participants in the 1863 insurgency. “Having filled their hands” on the Belarusian and Ukrainian peasants, they were in no way inferior to their Turkish “brothers by arms». 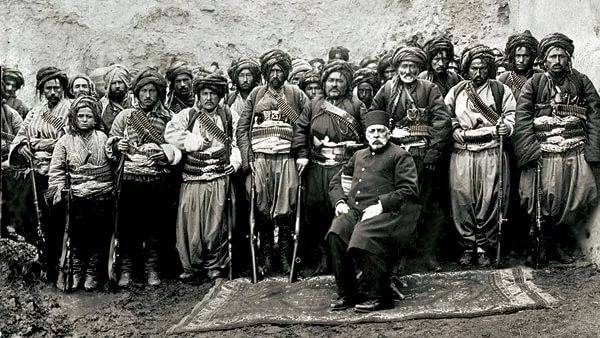 But if among the bashi-bazouks there were scattered ordinary thugs of the 1863 of the year, their famous leaders appeared before the outbreak of the war in Constantinople. Such eminent rebels as Marian Langevich (Langi-bey), Teofil Lapinsky (Teffik-bey), Vladislav Kostelsky (Sefer Pasha), Konstantin Bozhetsky (Mustafa Jelaleddin Pasha), subsequently killed during punitive operations against the Montenegrin patriots, gathered there.

By the way, many Polish mercenaries of the Sultan willingly accepted Islam, since the real “religion” for them was only hatred of Russia.

Through the efforts of the Poles, the Polish Legion in Turkey (Legion Polski w Turcji) was formed, consisting of two branches, the European and the Asian.

The Asian detachment (in which there were such well-known rebels as Vladislav Yablonovsky and Karol Brzozovsky) acted against the Russian Army on the Transcaucasian Front, on the territory of Turkish Armenia, and the western - on the Balkans.

The commander of the western squad was Jozef Yagman, a professional mercenary and terrorist, which is worth special mention.

He began his rebel and traitor career in 1830, taking part in an uprising against Russia. Then he engaged in the Polish Legion in Hungary during the Hungarian uprising 1848. In the Crimean War 1854-1856. he took part in the regiment of the sultan "Cossacks" in Turkey gene. Vladislav Zamoyski (consisting mainly of Poles, and a small number of Bulgarians). Took part in the 1863 uprising.

And then he ended up in the Turkish army in Bulgaria, where he took an active part in the brutal suppression of the Bulgarian April uprising of the year 1877 (the genocide launched by the punishers and forced Russia to start a war). He was killed in the battle of Kizlar, in which the western squad of the Polish Legion was defeated.

Polish emigration in Constantinople actively worked with the British residency, receiving money from it for the anti-Russian uprising in Poland.

In addition, Adam Sapega, who received money from the British, was preparing a large-scale sabotage in the rear of the Russian Danube army. It was planned to carry out a raid by the forces of a detachment of Hungarian and Polish volunteers (1400 Hungarians and 450 Poles) to Serbia along the back lines of the Russian troops. Fortunately, this plan failed.

Already after the defeat of Turkey, the captain of the English army, Stanislav Bauer de Saint-Clair (by his mother, Kossakovsky) raised an Islamist revolt among Pomaks, the Polish-born Bulgarians, who did not want to live in a Christian and free Bulgaria. According to Polish sources, the rebels won a couple of victories in clashes with Russian rear units and hoped to break into Poland in order to raise another uprising there. But in the end, they were scattered.

So the Poles fought for the "liberation" of Bulgaria. For the sake of justice, it should be said that the Polish mercenaries did not have anything specifically against the Bulgarians, except that they are Orthodox, and Russia supports them. As they say, nothing personal.
It can be argued that the Poles were in the Russian Army. But, unlike the volunteers in the ranks of the Ottoman troops and bashi-bazouks, they fought under duress, serving military service.

Due to numerous cases of betrayal, desertion and transfer to the enemy’s side (Imam Shamil even had a brass band from Polish defectors who entertained murids with mazurkas and polonaises), Polish soldiers were considered unreliable and tried to keep away from contact with the enemy in the rear services and works.

There were ethnic Poles in the Russian army — conscious warriors loyal to the oath to their sovereign. Some of them have reached top positions. Chief of Staff of the Danube Army Artur Nepokachitsky, Kazimir Levitsky, generals Dmitry Naglovsky, Adam Kvetsinsky, Konstantin Biskupsky fought for the liberation of the enslaved Slavic peoples.

But in today's Poland, they are not considered liberation soldiers, but collaborationists and national traitors. But how heroes are honored by those who, together with bashi-bazouks, cut and raped Bulgarian women and children.

In light of this, the “politically correct” speech of Rumen Radev is not only a spittle towards the liberators, but also a mockery of the memory of thousands of Bulgarian martyrs.

Ctrl Enter
Noticed oshЫbku Highlight text and press. Ctrl + Enter
We are
Who is for Russia wins the elections!Russia, Turkey and the "Crimean Question"
Military Reviewin Yandex News
Military Reviewin Google News
138 comments
Information
Dear reader, to leave comments on the publication, you must sign in.