March 22 2018
24
The Russian Ministry of Defense reports that on March 21, Chief of the General Staff of the Russian Armed Forces, Army General Valery Gerasimov, had a telephone conversation with the Chairman of the US Joint Chiefs of Staff, General Joseph Dunford. The parties discussed Syria and agreed to continue contacts. 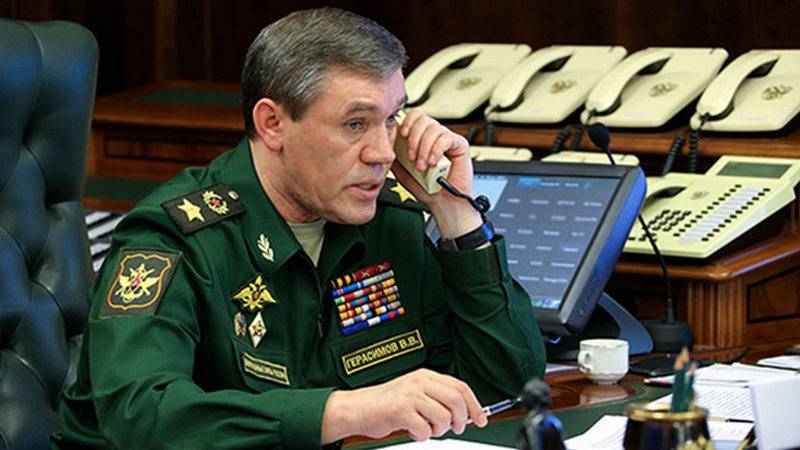 During the conversation, issues "related to the situation in the Syrian Arab Republic and other relevant topics of mutual interest" were discussed. The Defense Ministry noted that Gerasimov and Dunford agreed to continue bilateral contacts. The Pentagon reported that the parties agreed not to disclose the details of the conversation.