Military news of Russia: there are hyper-speeds, but is there a hypersound?

March 23 2018
194
Three weeks have passed since the announcement of the presidential address to the Federal Assembly. It would seem that there was enough time to move away from the euphoria caused by the presentation of some modern types of Russian weapons, and try without exaltation to analyze what we heard. At least, this is relevant for the expert community, which is simply obliged to preserve the sobriety of thought in any situation.


But sobering is not something is observed. Moreover, one gets the feeling that everything is being done in the media space in order to mythologize as much as possible both the presidential message itself and the samples of weapons that are represented in it.

Meanwhile, the conclusions made by the hasty "experts" are far from always true. And this is especially true of the conclusion that Russian scientists and designers allegedly solved the problem of movement in the atmosphere with hypersonic speed. 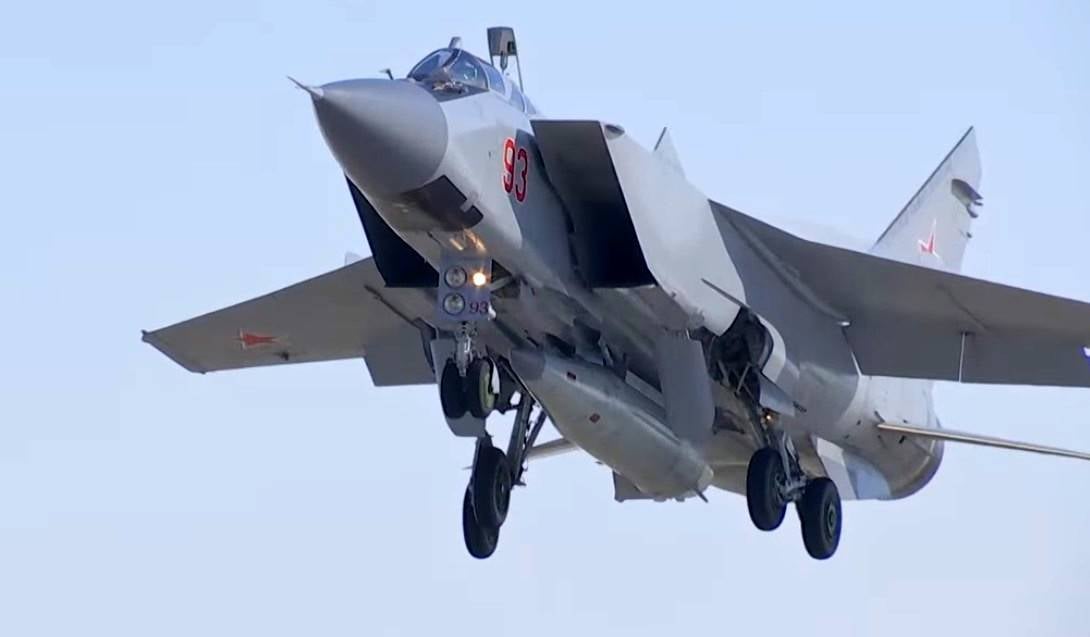 Alas, this is not entirely true. And perhaps not at all. And the joyful cries that we “were ahead of the Americans for decades in the hypersound area” are nothing but vain air shaking.

First, we are talking about ballistic missiles - both military and civilian versions.

Yes, the speed of ballistic missiles reaches eight, and sometimes up to twelve kilometers per second. This is even more than hypersound, which starts at about two kilometers per second. But such speeds are developing by rockets even at such heights, where the atmosphere is rarefied to almost zero, in the usual sense, values. A rocket in this mode does not experience air resistance, and therefore problems associated with its heating, skin burning, the appearance of a plasma envelope that is almost impenetrable to electromagnetic waves, etc.

Secondly, we could talk about hypersonic speeds, oddly enough, as applied to ordinary tank guns. Caliber shells fly out of these guns at a speed of about 5 Machs - legally, and very simplified, this is already hypersonic. The problem is that this speed is fixed only for a split second, after which it rapidly drops.

Feel free to add here the railguns, which now only the lazy does not develop. They also provide the projectile hypersonic speed, albeit temporarily. And also hypersonic weapons are not ...

Actually, difficulties arise already at the stage of determining what is a hypersound weapon. Or even not necessarily a weapon, but simply a hypersonic aircraft.

Probably, only the definition should be recognized as correct, which assumes that the aircraft moves at a hypersonic speed on its own, that is, with the help of its own propulsion system of any type. And also that it moves in the atmosphere, overcoming air resistance - in the end, the very concept of “sound velocity” implies its distribution in the atmosphere, at a relatively small height. Indeed, in a highly rarefied air environment, its speed may be several times less, and in much more dense water, sound propagates, on the contrary, at a speed of about two kilometers per second.

Now let's move on to the most interesting - consider what the complexes mentioned in the header are.
Launched from the MiG-31 high-altitude supersonic interceptor, the Kinzhal complex is an aeroballistic missile. That is, as the name implies, it is a ballistic missile launched from an airplane. In itself, this is an interesting solution, the implementation of which in itself is a new word in the field aviation weapons. But, unfortunately, this is not enough to talk about hypersound. More precisely, it has nothing to do with hypersound.

The speed of the "Dagger" is fully consistent with any definition of hypersonic weapon. He has his own marching engine. But its flight takes place at such heights, where the atmosphere is only nominally. So, it would not be entirely correct to talk about hypersonic speed in air, as well as about solving problems associated with it.

The type of rocket tells us, by the way, and why the MiG-31 interceptor was chosen as the carrier. Probably, today only this machine can provide the launch of the Dagger at a speed of more than two thousand km / h and an altitude of about 15-18 km. This, in turn, greatly saves the fuel of the rocket, which, due to the resources of the aircraft, is already gaining a greater starting speed and overcomes the most dense layers of the atmosphere. This is the reason for the long range of use of the Dagger, which it was difficult to expect from the relatively small size that it inherited from the ground-based progenitor, Iskander.

As for the Avangard complex, this is not a rocket at all and not an independent aircraft. The definition of a “war block” misleads people far from a military theme. So let's simplify - it's just an intercontinental ballistic missile warhead. Yes, it is innovative, technically very sophisticated, capable of maneuver in the final part of its trajectory. Nevertheless, the speed is reported to her by the launch vehicle, it flies by inertia, it manifests hypersonic properties only when entering the dense layers of the atmosphere and also for a very short time. Whether it has a marching engine is hard to say for sure. But most likely, the engine, if any, is auxiliary, to ensure stability when maneuvering in dense layers of the atmosphere.
And this, unfortunately, is also not a hypersonic weapon.

The only combat system for which there is cautious optimism is the anti-ship Zircon missile.

Why cautious? The fact is that we have long been equipped with supersonic anti-ship missiles, for example, Granit or Vulkan. However, upon closer examination, we see that these rockets are supersonic only in the final segment of flight, when the combat stage leaves the spent march, decreases and goes to supersonic speeds to overcome the ship's air defense.

This scheme is used to increase the range of combat use of missiles, to be able to attack the enemy without entering the carrier in the zone of action of the enemy’s ship’s weapons.

But it is possible that it is used on the "Zircon". And in this case, taking into account the secrecy of this rocket, we can only assume how many kilometers Zircon overcomes at hypersonic speed, how many minutes or seconds the hypersonic flight itself lasts, and whether it can be considered a real hypersonic weapon, or speech, after all It is about the traditional ingenuity of our engineers and designers.

In conclusion, you probably need to put some accents.

Of course, I would not want to detract from the achievements of our designers. Both Dagger and Avangard are outstanding developments, especially if the main criterion is not the academic purity of hypersonic solutions, but the potential combat effectiveness of these complexes. In the end, the affected target doesn’t care if the term “hypersound” is precisely applied to what has spread it into molecules.

But we probably still need to be more correct in the definitions, because excessive euphoria, especially in the military field, often leads to unnecessary captric attitudes. But we, frankly, do not advance anyone for decades.

And given the fact that we are confronted at least by the entire “golden billion”, we may not have enough caps for everyone.

Ctrl Enter
Noticed oshЫbku Highlight text and press. Ctrl + Enter
We are
Reports from the militia of New Russia for 27-28 September 2014 of the yearResults of the week. "Well, do not change me because of every idiot!"
Military Reviewin Yandex News
Military Reviewin Google News
194 comments
Information
Dear reader, to leave comments on the publication, you must sign in.