March 22 2018
36
The Ministry of Foreign Affairs of Ukraine responded to the statements of the Hungarian authorities that Budapest would impede the European and Euro-Atlantic integration of Ukraine. Recall that earlier the head of the Hungarian Foreign Ministry, Peter Siyarto, noted the following: Hungary is forced to come to such a decision because of the discriminatory law “On Education” and because of plans to locate a battalion of the Armed Forces of Ukraine in places of compact residence of the Hungarian national minority (in Transcarpathia).


Deputy Foreign Minister of Ukraine Elena Zerkal, commenting on the position of the official Budapest, announced that the Hungarian authorities are carrying imperial ambitions. According to Zerkal, the situation is not only related to the Hungarian elections to be held next month.

Statement Mirror:
This is not only an election, and it is not only Ukraine, it is their relationship with the European Union as a whole. These are issues of migration policy. Even in the UN, they are now showing a position that is completely different from the position of the entire EU on the development of a document on migration issues. Ukraine in this case is generally useless. But this is their position. And nothing can be done about it. As long as this Orban government is in power, we must work with what is.

Further, Ms. Zerkal announced that the EU had already “made a headache with the Hungarians”. 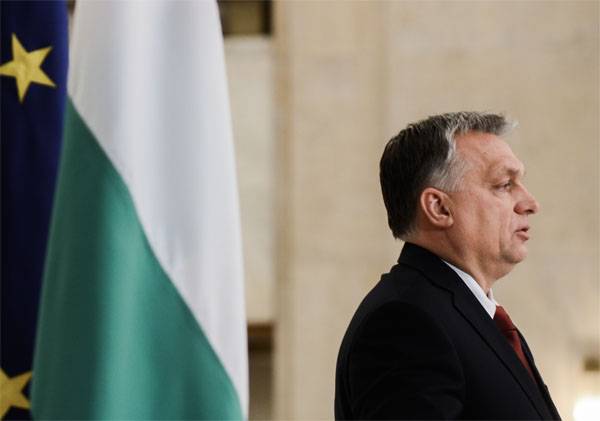 From her statement:
Usually they have a headache with the Poles, and they are very embarrassed because they are new countries for the EU, and for them the fundamental functions of the rule of law need to be promoted, and everything is not going as planned.

Zerkal noted that the cause of "such behavior of Hungary" is imperial thinking.

Mirror:
They were divided on the terms of the present (Trianon) treaty, and how much remains in the territory from Hungary, and where the Hungarians remained from the Austro-Hungarian Empire.