Rosgvardiya on the protection of schools: how do you idea?

March 23 2018
95
To prevent incidents with weapons in educational institutions in the State Duma they propose to hand over the guard of schools to the Rosguards and to increase the number of male teachers. 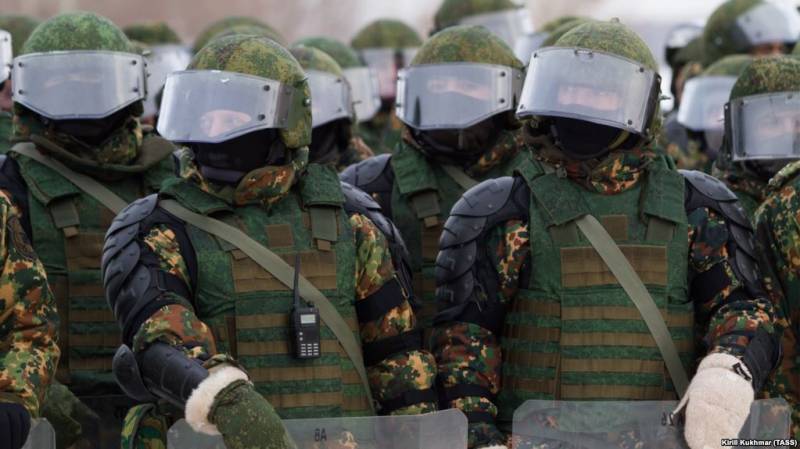 Boris Chernyshov, Deputy Chairman of the State Duma Committee on Education and Science, spoke about possible measures that could be taken to improve the safety of students and teachers.

“On the situation in the Kurgan region, we urge to return to the issue of attracting male teachers to school, this is extremely important. In a family in which the mother grows up a girl alone, there is not enough time and a man who could give the male component of education. The second point is to filter the information. Previously, when someone was offended by a classmate at school, there could be a scuffle or brutal abuse. Now TV channels, the Internet talk about how you can still take out the anger. The third point is connected with the replacement of private security firms and grandmothers, who are sitting on the ground floor, to Rosgvardiyu, which will take control of order in the school, ”RT says the words of the deputy.

Chernyshev also noted the need to improve the skills of school psychologists, and strengthen their work with problem children.

Recall that we are talking about the incident that occurred on March 21 in the school of the Kurgan region. A student of the 7 class brought a pneumatic pistol to the school and fired her classmates out of it, causing minor injuries (abrasions and bruises) to seven of them.

It should be noted that the proposals of Boris Chernyshev are quite unusual. As a rule, in such situations, deputies most often demonstrate indignation, a desire to find "guilty" on whom responsibility can be assigned, and a desire to solve everything in one fell swoop by banning or restricting something.

That is, they show their determination by offering “simple solutions” to a whole complex of very complex problems.

But in this case, the deputy chairman of the State Duma Committee on Education and Science shows a completely different approach to the issue, intending to seriously address it, and not depict a vigorous activity.

He absolutely rightly points out that such incidents are the result of serious problems that children and adolescents face in the family and in communication with their peers. And also the fact that the information space surrounding the youth, helpfully throws up destructive, and even frankly suicidal, "ways" to respond to these challenges.

But if working with the worldview of children, with their moral education, as well as changing the aggressive and destructive environment of information, involves long-term programs, then security measures can be implemented quickly.

As Chernyshev pointed out, employees of private security firms who are now guarding Russian schools, as a rule, are not able to prevent bringing weapons into educational buildings, not to mention the ability to stop a forceful breakthrough. So, the involvement of Rosgvardia in the protection of schools (at least in large and medium-sized cities), as well as the installation of means of technical control, including the framework of a metal detector and X-ray scanner bags.

Of course, these measures will not give an absolute guarantee of security, especially since schoolchildren today are threatened not only by classmates who have brought weapons to school.

Numerous cases are known when narcotic substances are distributed directly in educational institutions or near them, when schoolchildren are involved in criminal or extremist communities, are pushed into illegal activities.

Boris Chernyshev correctly noted the need to revitalize the work of school psychologists, who today are absent in many schools, or have insufficient training, and perform their duties too formally.

But the situation is such that the efforts of a psychologist to prevent the unlawful actions of students and possible incidents may not be enough. Obviously, we need full operational work at school. The idea of ​​school district or school inspectors was implemented in a number of Federation Subjects, however, their work was often reduced to coordinating the efforts of schools and territorial bodies of internal affairs. But this is clearly not enough - the “school inspector,” or, say, the “deputy director for the regime”, should be as informed as possible about everything that happens in the school — who is the informal leader, who is unfavorable, and who has problems.

It should be noted that in our time, due to the existence of social networks, the collection of this kind of information is not too complicated. In addition, constant contact with all teachers can be a great help in this.

This work can be carried out by retired staff of operational services who have received certain pedagogical training.

Returning to the problem of the actual “school shootings”, one can recall the old truth that “it is not the weapons that kill, but the people”. The actions of the majority of “school shooters,” including the Kurgan seventh grader, show that they did not fully understand what they were doing, what weapons they were, and what would follow.

In this regard, we can recall the completely correct experience of Soviet education, when schoolchildren brought up what is called "weapon culture." Pupils got acquainted with weapons and the rules of handling them in the classes of elementary military training and in rifle circles. Pneumatic, and even small-caliber shooting ranges were in most educational institutions.

In the school where I was studying, there was no shooting gallery, but the class of the NVP was reequipped - the desks were shifted, an improvised bullet catcher was installed, and we shot at paper targets. I would note that we treated the “brittle breaks” with full seriousness, like real weapons.

As for the position of Boris Chernyshev, it is very important that he in no way connects this problem with the issue of arms trafficking, to which some of our legislators are inclined. Such an approach does not at all contribute to the problem of its solution, since it is an attempt to “search not where it is lost, but where it is brighter”.

Ctrl Enter
Noticed oshЫbku Highlight text and press. Ctrl + Enter
We are
About Stalin and KhrushchevMilitary reform as an integral part of the security concept of the Russian Federation: Systematic dynamic assessment
Military Reviewin Yandex News
Military Reviewin Google News
95 comments
Information
Dear reader, to leave comments on the publication, you must sign in.