Britain vs Russia. How states converged in bloody wars

March 22 2018
131
Recently, relations between Russia and the UK have finally deteriorated. The formal reason for the real hysteria from London was dark and incomprehensible история with poisoning of the former Russian colonel of military intelligence Sergey Skripal, who had served his sentence in the Russian Federation for espionage and moved to the UK, and his daughter. Obviously provocative and inexplicable from the point of view of common sense, the crime was absolutely useless to the Russian special services. But London immediately used Violin poisoning to start a large-scale anti-Russian demarche, which was joined by a number of states, including the historical satellites of Great Britain, like Australia and Poland.


Of course, Britain was never a friend and ally of Russia. Even when the British soldiers fought against Germany on the same side as the Russians and Soviet soldiers during the First and Second World Wars, tensions remained, and as soon as the wars ended, everything returned to its place. Britain constantly waged a “cold war” against both the Russian Empire and the Soviet Union. By the way, the forms of government, political and economic system in Russia are indifferent to London. For Britain, Russia is a traditional, historical enemy, regardless of political or economic specifics. The situation with the violinist's poisoning again emphasized this circumstance, forcing us to recall how, in the distant and recent past, our country was at enmity and was at war with Great Britain. 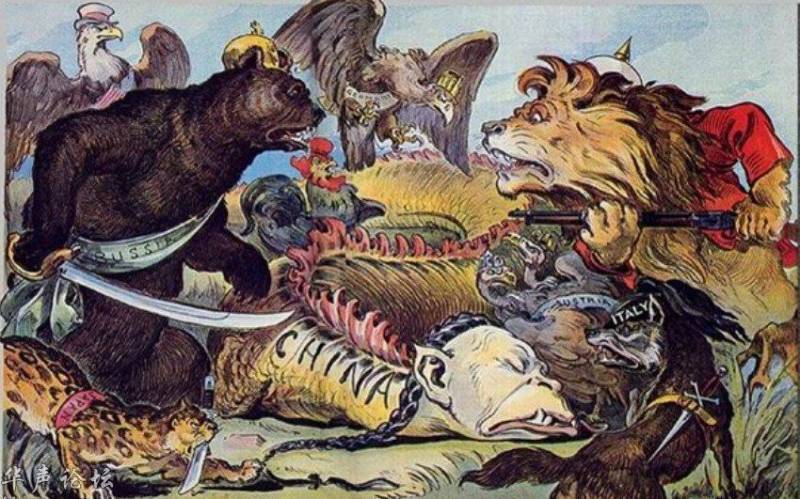 If London built intrigues against Russia practically throughout the whole length of Russian history, then the countries did not move into open armed confrontation so often. And, nevertheless, history knows many examples of armed conflicts between Russia and Great Britain. For example, Russia and England found themselves in opposite camps during the Seven Years' War 1756-1763, when the Russian Empire allied with Austria, France, Saxony and Sweden opposed Prussia. England was on the Prussian side, without whose support the Prussian king would hardly have decided to oppose such a powerful coalition. But there were no direct clashes between the Russian and British troops during the Seven Years' War. British troops fought mainly in North America - for the American colonies of France. After the Seven Years' War, England became the largest colonial power in the world, and relations with the Russian Empire seriously deteriorated, which inevitably affected the subsequent history of the two countries.

The next war took place half a century later and, unlike the Seven Years' War, was already accompanied by a direct confrontation of Russia and England. We are talking about the Anglo-Russian war of 1807-1812. Although this war was of low intensity, the English fleet entered into two bloody battles with Russian ships in the Baltic Sea in 1808. As a result of these battles, Russia lost the 74-gun battleship Vsevolod and three gunboats. But, which is very significant, the British sailors completely destroyed the Russian crews, leaving only senior officers who were captured fleet. British ships also made several attacks on Russian merchant ships and peaceful fishing villages in the Murmansk coast region.

Thus, in 1807-1812. Russia is already fully faced with large-scale brutality and deceit of the British. In 1812, the British pushed their heads together the two largest monarchies of continental Europe - the Russian Empire and Napoleonic France, as a result of which Napoleon was defeated, and Britain even more strengthened its military-political and economic positions both in Europe and in the world. After the defeat of Napoleon, France was pushed into second place in Europe and turned into Britain's eternal ally in major conflicts.

Perhaps the biggest example of Britain’s participation in an open war against Russia was the Crimean War 1853-1856, when, as a result of the confrontation of the Ottoman Empire and Russia, England, France and Sardinia stood up for the sultan. In addition, there was a real threat of entry into the war on the side of the pro-British coalition also Austria, Prussia and Sweden. 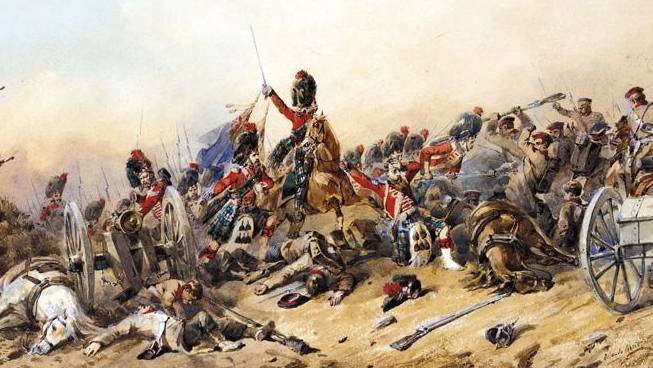 The initiator of the war was London, who really disliked the growing influence of the Russian Empire and its claims to go to the Mediterranean. In no case did England want to get such a serious enemy in Europe, so she launched a bloody war against Russia. Unlike previous wars, in the Crimean War, which, incidentally, took place not only in the Crimea, but also in the Caucasus, the Balkans and the Far East, the British naval and land forces took an active part. The largest in size, the British group was transferred to the Crimea. In total, 200 864 British soldiers and officers took part in the war, moreover 4250 volunteers also served in the Anglo-German Legion and around 2200 volunteers in the Anglo-Swiss Legion.

During the Crimean War, the British fleet undertook a number of raids on Russian cities on the shores of the Sea of ​​Azov - Berdyansk, Mariupol, Taganrog, destroying any Russian ships and ships, including schooners and boats of local fishermen. British and French ships fought against the Russian fleet in the Baltic Sea. In the Pacific, Russian sailors successfully repelled the attack of Rear-Admiral David Price of the Anglo-French squadron against Petropavlovsk-Kamchatsky. Nevertheless, the Anglo-French squadron managed to seize the island of Urup (Kuril Islands), which was released only on the basis of a peace treaty.

Despite the fact that during the Crimean War, the ground forces of the Ottoman Empire and France played the role of the main "cannon fodder" of the coalition, the losses of Great Britain were also very significant. The French army lost more than 97 thousand people dead and dead from wounds and diseases, the Ottoman Empire about 45 thousand people, and the United Kingdom 22,6 thousand people dead and dead and more than 18 thousand people wounded. Near Sevastopol, British Field Marshal Lord Raglan (Fitzroy James Henry Somerset) died of cholera. Under Petropavlovsk-Kamchatsky, Rear Admiral David Powell Price, who commanded the Anglo-French combined squadron operating against the Russian fleet in the Pacific, was killed by an accidental shot from his own pistol. British troops took an active part in the siege of Sevastopol, which lasted 11 months. By the way, the siege of Sevastopol for the British army had disastrous consequences - thousands of British soldiers and officers died, serious shortcomings in the organization of military affairs in the British Empire were revealed.

The Crimean War was accompanied by further incitement of anti-Russian sentiment in Europe. England continued the usual song that Russia is a tyrannical state, focused on expansion in Europe and the Middle East. Nicholas I was reminded of his protective policy, although the European powers themselves were not at all “good liberals” - they cruelly punished the population of their African and Asian colonies, suppressed any anti-colonial speeches, and pursued their own revolutionary movements no less actively.

Most of all, Great Britain at that time sought to prevent the growth of Russian influence in the Middle East, for which, with the help of the Ottoman Empire, it inflamed anti-Russian sentiments in the Caucasus. The outcome of the war became disastrous for Russia. Up to 1871, Russia was forbidden to have a navy on the Black Sea, a serious blow was delivered to the Russian economy. But the consequences of the war were serious for opponents of Russia, for example - for the Ottoman Empire, which was forced to declare bankruptcy of the sultan's treasury. 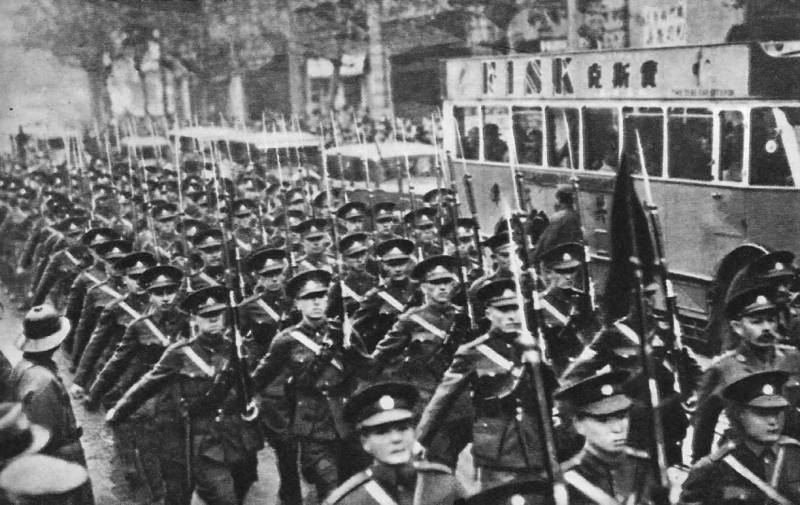 The next direct confrontation between Russia and Great Britain occurred 61 a year after the end of the Crimean War and was associated with the October Revolution in Russia and the beginning of the Civil War. London could not take advantage of the collapse of the Russian Empire and the political chaos that arose on its lands. British troops took an active part in the intervention on the territory of Russia. The British fleet appeared along the coast of Russia; English landing forces landed in the region of Murmansk and Arkhangelsk, in the Far East, in the Caucasus, and appeared in Central Asia.

In addition to England itself, its dominions and colonies — Australia, Canada, and India — participated in the intervention. 4000 Australian units operated in Murmansk, Canadian troops in Murmansk (500 people) and Siberia (around 4000 people), and Indian troops in Transcaucasia. In addition to direct military intervention, the United Kingdom provided financial, military, technical, and organizational assistance to many armed forces and groups that fought against Soviet Russia — from Admiral Kolchak to Central Asian Basmachism.

However, despite the enormous scale of intervention, foreign countries did not manage to dismember the territory of Russia and destroy Russian statehood. In 1919 - 1920 British troops were withdrawn from the territories of the former Russian Empire. But this circumstance did not mean a real cessation of anti-Russian, and then anti-Soviet policy. British military instructors and personnel intelligence officers worked actively with anti-Soviet movements in Central Asia, the Caucasus and Transcaucasia. At first they trained and financed the army of the Bukhara emirate, trying to turn the former protectorate of the Russian Empire into the main center of anti-Bolshevik resistance in Central Asia. 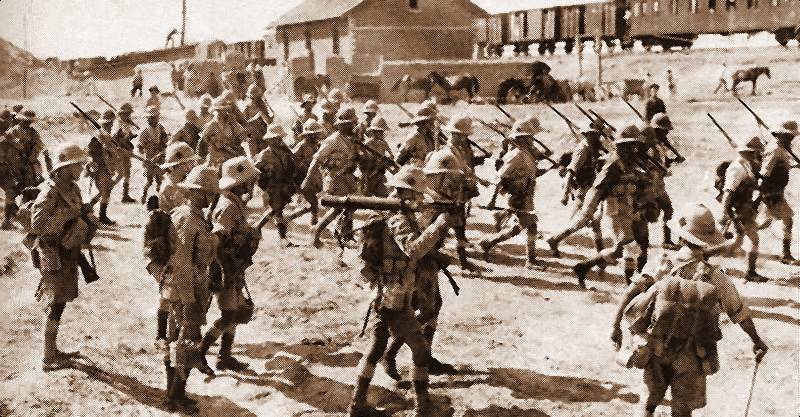 After the overthrow of the Emir, the British concentrated on supporting numerous anti-Soviet detachments operating on the territory of modern Turkmenistan, Tajikistan, Uzbekistan. It is known that it was Britain that financed and supplied weapons numerous Basmachi formations in Central Asia, preparing the invasion of the gangster groups from the territories of Afghanistan and Iran on the Soviet territory. The anti-Soviet game in Central Asia was of great importance for Britain, since in London they were mortally afraid of the spread of revolutionary and communist sentiments to the countries of the Middle East and, especially, British India. There was a real war of intelligence services, in which the British pursued as one of the primary goals to prevent the strengthening of Soviet influence in the British colonies and those countries which in Britain considered their sphere of influence (Iran, Iraq, Egypt).

Only joint participation in the war against Hitler Germany, and then the Japanese Empire for some time reconciled the Soviet Union and Britain. But as soon as Hitler's Germany fell, British intelligence immediately resumed support for anti-Soviet forces in Eastern Europe. It is known that Great Britain rendered a serious patronage to the Ukrainian nationalists, who led a sabotage war against the Soviet power in the territory of Western Ukraine.

Not without the participation of British intelligence, conditions were created for the evacuation of Nazi war criminals and Ukrainian nationalists to Western Europe. In London, they hoped to use Bandera for further struggle against the Soviet Union. Already in 1949, British intelligence allocated large financial resources to pay for Bandera sabotage in the cities of Western Ukraine. In 1950, Bandera 75s received special training at training centers in British intelligence, which were then abandoned on the territory of the Ukrainian SSR.

In addition to supporting Bandera, the British intelligence services continued to actively cooperate with all anti-Soviet forces in the national republics of the USSR. In London, it was hoped that stirring up nationalist sentiments in the Baltic States, in the Caucasus, in Central Asia would make it possible to seriously weaken the Soviet state. And it really turned out to be so. Huge funds were invested to destabilize the situation in the national regions of the USSR. Britain has always provided unconditional support to the opponents of the Soviet state beyond its borders, primarily in Africa and Asia.

Thus, the present position of Great Britain in relation to Russia is not surprising. Britain is a long-standing historical enemy who will never become a friend. It is hardly necessary to count on a real normalization of relations with this country. At best, “armed neutrality” is possible with Great Britain, which slightly hides the traditional confrontation, at worst - open armed conflict. There is no other way.

Ctrl Enter
Noticed oshЫbku Highlight text and press. Ctrl + Enter
We are
Bitter thoughts of the West. Will Russians poison Donald Trump and Theresa May?Odessa, 2 May. We remember and remember ...
Military Reviewin Yandex News
Military Reviewin Google News
131 comment
Information
Dear reader, to leave comments on the publication, you must sign in.