The P-8A Poseidon and the MQ-4C Triton drone will provide Australia with one of the world's most advanced maritime patrol and surveillance capabilities. The P-8A is a very effective successor to the AP-3C Orion, which will soon be leaving military service after nearly forty years of work.
- said Australian Defense Minister Marise Payne. 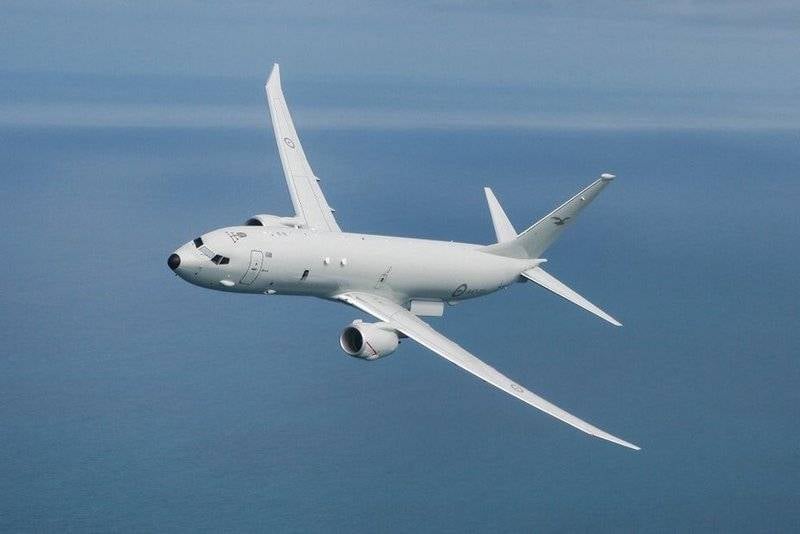 The Australian Ministry of Defense ordered X-NUMX P-12A Poseidon aircraft for its Air Force. To date, six of them have already been delivered to Australia, and yesterday the first aircraft officially took up combat duty.

The Boeing P-8A Poseidon is a new generation anti-submarine aircraft based on the Boeing 737 – 800 passenger liner. The Poseidon is equipped with an AN / APS-137D (V) 5 airborne radar and an AN / APY-10 electronic surveillance system. The radar station allows the aircraft to map the terrain, identify fixed surface targets, and also detect submarines at periscope depths.

The aircraft’s armament consists of Harpoon anti-ship missiles and Side-Air-to-Air missiles. In the internal compartment of weapons are placed sonar buoys designed to detect submarines at great depths, as well as depth charges and torpedoes Mark 54.

Ctrl Enter
Noticed oshЫbku Highlight text and press. Ctrl + Enter
We are
Command of the US Navy has signed a contract for the supply of the second batch of UAVs MQ-4C Triton60 years ago made the first regular flight of the Soviet passenger liner Tu-104
Military Reviewin Yandex News
Military Reviewin Google News
5 comments
Information
Dear reader, to leave comments on the publication, you must sign in.