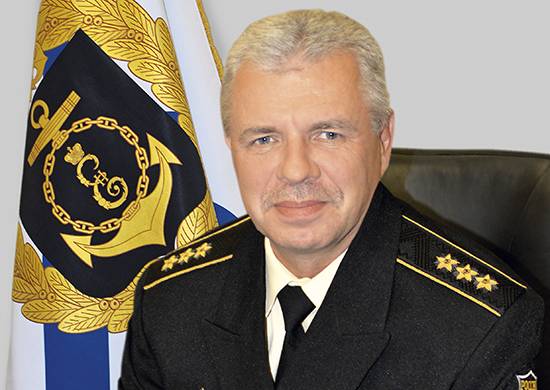 To date, we have already received and completed two new frigates - the Admiral Grigorovich and the Admiral Essen, six diesel-electric submarines with cruise missiles, more than ten anti-sabotage and patrol boats of various projects,
Vitko said in an interview with the newspaper "Red Star".

He noted that the Black Sea Fleet was replenished with “two powerful tugboats of the new generation, modular diving platforms, a powerful floating crane and a number of other support vessels, which almost immediately began to perform tasks in the Mediterranean and Black Seas”.

This year it is still too early to sum up, and the 2017 school year has been more stressful for us than in previous years. The firing of crews of ships and vessels was twice as high as the planned targets, and for the first time, submarine crews made a significant contribution to this,
told Vitko.

According to the admiral, the fleet completed the formation of a submarine brigade in Novorossiysk, which consists of 6 new large submarines of the 636.3 project.

Therefore, it is quite possible to speak about the revival of the submarine forces of the Black Sea Fleet,
stressed the commander.

Ctrl Enter
Noticed oshЫbku Highlight text and press. Ctrl + Enter
We are
The Russian fleet is able to act. To the results of exercises in the Mediterranean and Black Seas.
Military Reviewin Yandex News
Military Reviewin Google News
42 comments
Information
Dear reader, to leave comments on the publication, you must sign in.