March 21 2018
54
The message about the “baptism of fire” F-35 Lightning II (in the Israeli version “Adir” (mighty)) of the air force of the Jewish state inspired the expert and journalistic community. Everyone was waiting for the details of this, probably, the first combat use, this most energetic and accompanied by many scandals of the fifth generation aircraft. 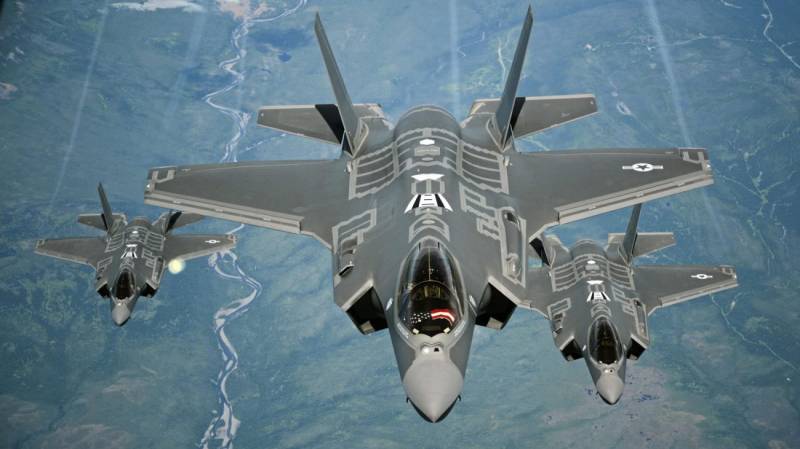 Recall that Israel is the very first of the American allies who have received this novelty, and, accordingly, has gained the greatest experience (if not counting the United States) of operating these machines.

However, no details followed. Where and when the plane was used, what task was it performing — all of it was covered in darkness. The maximum amount of information that journalists managed to get from representatives of the IDF is the statement that “Adir” showed itself from the best side.

All this is happening in accordance with the “non-response policy” declared by the commander of the Air Force, Major General Amikam Norkin, which is that the press service and the department officials do not comment, deny and do not confirm various reports about this aircraft.

Such an approach looks rather strange for a democratic country, for the status of which Israel claims. This is not about disclosing secret information, but citizens should know what their money is spent on. Moreover, the information about F-35 is closed not only for ordinary Israelis, but also for the majority of parliamentarians.

This creates a lot of questions and suspicions. In particular, the media spread rumors about repeated combat use of the aircraft.

In particular, it is reported that "Adira" was repeatedly used for terrorist attacks on Syria. And in October last year, one F-35 was in the course of a pirate raid, allegedly damaged by a missile of the Syrian anti-aircraft installation C-200.

Ignoring all these rumors by the military leads the Israeli public to the idea that the “Adir” is not as good as it has been reported, and that it is not the overwhelming possibilities beyond the plane that hide from it, but the numerous flaws of the crude construction. And such a desire for confidentiality makes it necessary to assume in all this a corruption component.

These suspicions became even more aggravated against the background of the corruption scandal unleashed in Germany. Recently it became known that the commander of the Luftwaffe, Lieutenant General Karl Mülner would be fired for lobbying Germany for purchasing American F-35 fighter jets.

Of course, such an approach to the question and such an organizational decision hint, as it were, at Mülner's obvious dishonesty.

As is well known, lobbying is by no means disinterested. And she, of course, is not compatible with the post of Air Force Commander. If you call a spade a spade, in this case the word “lobbyism” is a euphemism for the terms “corruption” and “bribe”.
But, apparently, this question is sought to be solved behind the scenes, minimizing its publicity. Therefore, no criminal prosecution has been initiated against the general - he was simply dismissed from the case, and in May he will be retired early.

Perhaps this is done so delicately so as not to worsen relations with the United States.

German Minister of War Ursula von der Lyayen rejected Mülner’s plans to replace the old Panavia Tornado fighters with the F-35, and decided to re-equip the Luftwaffe with Eurofighter Typhoon fighters. The unnamed sources in the Bundeswehr indicate that this choice is dictated not only by technical claims against the American fighter, but also by considerations of a geopolitical order.

Most likely, I am referring to the position of the happy members of the Bundestag, according to which a complete transition to F-35 will weaken the European defense industry and make Germany dependent on the United States.

And these considerations are well founded. The scandal with the commander-in-chief of the Luftwaffe, and that which did not become “the Mülner case,” clearly shows what methods the United States promotes the sale of its weapons to the allies.

Even earlier, the Americans managed to impose financial participation in the JSF program (on the development of F-35) to such NATO allies as the United Kingdom, Italy, Denmark, Holland, Canada and Turkey, relying on their “lobbyists” in these countries.

To this we can add that Washington has put maximum efforts, using political and economic pressure, as well as a banal bribe in order to eliminate potential competition in the development and production of the 5 aircraft.

The result is obvious: the Dassault nEUROn concern, which announced the beginning of work on the creation of a new-generation machine, currently only the UAV, created using stealth technologies, can boast.

The Japanese are a little better off, as if they are also involved in the creation of the newest class fighter.
But the work on the aircraft ATD-X Shinshin, have progressed not much further than creating a prototype glider. And experts suggest that the aircraft will not go beyond the technology demonstrator.

However, the Japanese designers are trying to save their work by inviting the Americans to continue working together. This circumstance is also an indirect indication of what prevents American allies from working on the creation of their own machines 5-th and 6-th generations.

The efforts of the Americans created such a situation that there is practically no alternative to F-35 for their allies. After all, they will not buy from the Chinese J-20, or from Russia Su-57?

The same Eurofighter Typhoon, no matter how good a plane is, is still a generation 4 machine, and the “ceiling” of its upgrades is 4 ++.

However, we can assume that F-35, in the end, will bring, eliminating all the flaws - largely due to the allies.

Instead of developing their own military-industrial complex, and earning money by selling its products, they are forced to buy “raw” equipment from the Americans and pay for its subsequent modernization.

Ctrl Enter
Noticed oshЫbku Highlight text and press. Ctrl + Enter
We are
Reports from the militia of New Russia for 27-28 September 2014 of the yearResults of the week. "Either true or all is well"
Military Reviewin Yandex News
Military Reviewin Google News
54 comments
Information
Dear reader, to leave comments on the publication, you must sign in.