Black brides white princes and the war of press services


This has never happened before. Apparently, the election of Trump was for American big-time puppeteers of politics a bolt from the blue. The blow was so strong and sudden that all American sharks and hyenas of the pen still tirelessly send rays of hatred to the red "Nezhdanchik". As my not my best friend from Yasenevsky Aquarium told me, “after counting the voting results, the wool on the body of the American knights of the cloak and dagger stood on end.” I don’t know how about the puppeteers, but she really hasn’t settled with American journalists yet. 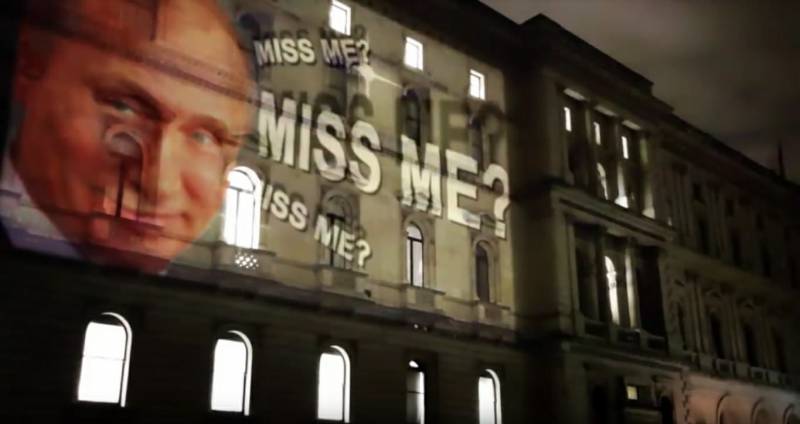 Having come to their senses, both the CIA and the FBI, and all sorts of different “Intelligent Services”, after a brief confusion, unanimously pointed out the backstage director of the banquet - Russian hackers. And the omnipresent KGB conducted them naturally. But from this moment we begin in more detail.

Intelligence agencies fought with each other in all ages and on all continents. Occasionally, the professional work of intelligence officers helped to avoid bloody wars, saved or demolished entire states from the world map. Every serious special service has its own история, its laws, its unwritten rules, including the rules of war. But there are situations when these rules change - dramatically and efficiently. They change the whole picture of the world - both in the eyes of intelligence officers, and in the eyes of politicians. Once again, this picture of the world has changed before our eyes after the election of “Nedanchik”. And almost every day is still changing.

If the election of the American Nezhdanchik is really the result of the backstage work of the Russian special services, then this operation can only be applauded. She, undoubtedly, will go down in the annals of the history of the best special services of the world. To intervene in the election of the largest empire of the world and “help” her to choose the “necessary” president is the highest aerobatics of intelligence work.

After the appearance of “Nezhdanchik”, scandals began to flare up in different parts of the world one after another, in which the trace of the Russian security officers was found with enviable regularity. Recently, "tango with cocaine" was danced on the territory of the Russian embassy and around it by Argentine cops. Then, on the shores of foggy Albion, a miasma of poisonous gas enveloped the long-forgotten Russian intelligence officer and his daughter. A frantic shriek of social and political indignation was heard far beyond the Atlantic. All Russian media with a rabbit tirelessness gave out one version after another, and only the press service of the Foreign Intelligence Service stated that "it does not comment on anything."

The military translator Yevgeny Krutikov, widely known in power circles, in his article “What damage London would cause to Russian intelligence”, appreciated the department’s behavior like this: “For a long time, foreign intelligence should be led by the latest technologies, fired from the press service, and which will issue this sacramental phrase every six months: "My name is the press service of the SVR, I am a robot, and I do not comment on anything." At least, to justify the payment of salaries to the press service of the SVR is not possible from the point of view of common sense. It is clear that all this is part of the game, and we accept it. But there are still situations where you can play with a lively thought, such as joking. ”

Acute irritation of Evgeny Feliksovich is easily explained. A few months ago, when the press service of the Ministry of Defense shocked us with its “jambs”, delivering pictures of a Brazilian computer game for a video from a Syrian battlefield, it was the translator Krutikov who had to close this gaping information embrasure with his intellect. The “Department of Massive Hallucinations” (as the Department of Mass Communications Department of the Ministry of Defense called it in the media) was in a deep coma at that time. From which he, apparently, has not yet got out - except for the collective letter to the Telegram-channel of the department officers at his chief Konashenkov and the "mass tearing off of heads and shoulder straps" that followed after that.

Now, the “press service of the SVR” decided to quietly dive into the “silence on the background” against the background of universal media objection. That they almost did. But Krutikova’s public statement mixed their uncomplicated plans with mud. The irony of fate, as well as its sarcasm, was that the press service workers themselves after the morning monitoring brought the authorities their verdict on themselves - in the form of a Krutikov article. She became the trigger of the boss's anger. A spokesman for the "Department of Silence" after seeing the latest publications was immediately called to the carpet by the big boss. Feeling that something was amiss, he set off on cotton feet to meet his destiny, who was waiting for him behind oak doors. Premonition did not deceive him. Here, it was popularly explained to the invited to execution that he himself and his whole selfless “team of plungers and silencers” had until now been engaged in “phone sex and boxing by correspondence”, after which exemplary “spread out and fucked” the stupefied victim right in the office of the big the boss. And then they made an offer that he could not refuse.

After recovering from all that he had experienced and wiping sticky sweat from his forehead, the spokesman, according to all the laws of the genre, did the same procedure with each of his subordinates. After that, in an extinct voice, he voiced the authorities' ultimatum. The essence of it was simple and deadly, like a shot: either “revelry and silence” will show the office a furious creative that will shake the imagination of all progressive (and not so much) humanity, or the authorities will accept Krutikov’s wish as a guide to action and in fact “go on the newest technologies ”, saving a considerable amount of salaries regularly paid to the department’s employees.

And the work began to boil. "Wool stood on end" is now the press service. As if by magic, they came out together from a perennial coma and gushing their thoughts, thoughts, ideas and suggestions. For several days, the department buzzed like high-voltage wires. “Plastuny” were spinning like squirrels in a wheel, breaking only on “five minutes of hatred”, during which the talented journalist Krutikov was commemorated in the smoking-rooms with a quiet kind word. And then the authorities on the table lay a thick brown folder with the inscription "Skripal."

A few days a big boss, satisfied with the effect produced, studied the contents of the folder. For the press service, these were days of painful waiting - the future of the entire department was at stake. But fate had mercy on the "plasters." The authorities liked a couple of ideas - the relative simplicity of execution and the planned effect produced. It gave an encouraging sign and even opened some funding for the implementation of the proposed. And the "revels" rolled up their sleeves again. Just the next day, some hackers Celeb Jihad posted online intimate photos of African-American bride Prince Harry Megan Markle. The attackers distributed photos and videos in which the actress appeared in front of the camera topless.

And the next day, American bloggers left the chain. America is a country where the racial problem is much sharper than in good old England, and local bloggers (especially from the southern States) seem set to drown in their own bile, wanting the young prince to more carefully “chew on black velvet” and then “rinse” soda mouth and brush your teeth with washing powder. " The British answered them no less a large portion of animal hatred and zaboristoy abuse. This is understandable. The traditions of the old woman of England do not allow the inhabitants of the island to sneer at the high officials. The idea that the beautiful Diana turns tricks with some Arab was in itself unbearable for prudent "dandy", but the fact that the entire world press is discussing this horrible story has finally taken them out of her mind. And only the tragic death of the princess, which happened just in time, put an end to this story, reassuring English public opinion for some time. And here - such a reprimand is unexpected: the bride is a black woman, and even topless ... Where is this world heading?

The black river of anger flowed between the online communities of two continents. The goal has been achieved. The execution was postponed indefinitely. Swindles Krutikova not passed.

Having calmed down and cheered up, the “plasters” decided to consolidate their success. Bearing in mind that the authorities appreciate the subtle and sophisticated English humor, they ventured to joke "in English" right outside the central building of the Foreign Office. And the day after the “topless show Megan Markle” a light projection appeared on the building of the British Foreign Ministry with smiling Vladimir Putin. She was accompanied by the words “Miss me?” (“Did you miss me?”). This phrase was repeated several times in the famous TV series "Sherlock" by the main villain of that time, Jim Moriarty.

The miracle happened literally before our eyes. The patient, who yesterday seemed inoperable, has come to life today and has demonstrated a virtuoso creative and great intellectual boxing. Now, in their endless wars, the security services will increasingly step up the still dormant, but undoubtedly, the outstanding potential of their press services. It is only necessary to be able to activate it. Vanguyu: the time is not far off when the Russian Foreign Intelligence Service will get its Maria Zakharova or its own Peskov, able to fend off the most tricky questions and prevent any verbal insinuations “on take-off”. New time - new songs. And new contractions. Including on the information battlefield.

Ctrl Enter
Noticed oshЫbku Highlight text and press. Ctrl + Enter
We are
About Stalin and KhrushchevWhat you didn't want to know about England
Military Reviewin Yandex News
Military Reviewin Google News
11 comments
Information
Dear reader, to leave comments on the publication, you must sign in.