March 20 2018
132
President of Ukraine Petro Poroshenko has once again declared his deliverance from Russian gas dependence. This time Ukraine, according to Poroshenko, will be saved by liquefied gas from Qatar. 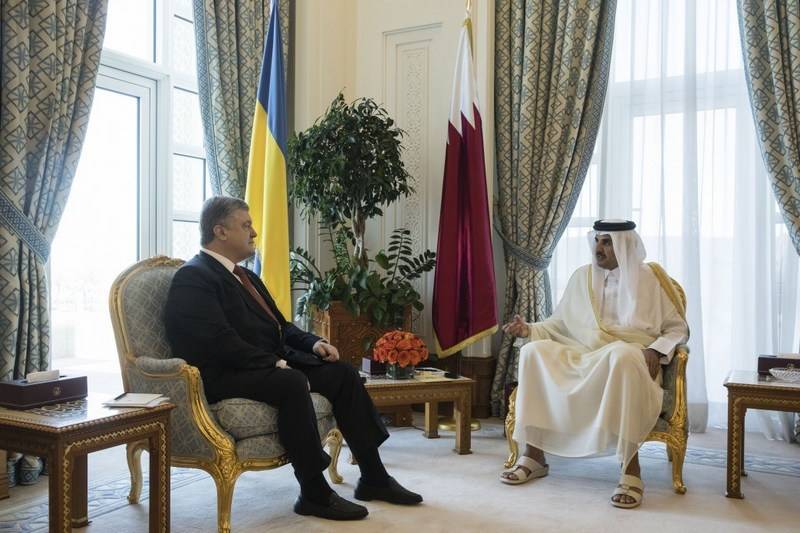 Qatar is ready to provide Ukraine with liquefied gas. This is a unique opportunity to increase the energy security of our state.
- Poroshenko wrote on Twitter. According to him, negotiations on this issue will take place in the near future, and deliveries can go through the terminal in Poland or through the Bosphorus.

But the “energy independence” of Ukraine led only to the fact that the country had serious problems after Gazprom refused to supply and transit gas to Ukraine. As a result, Ukraine had to buy reverse gas from Europe at inflated prices. As the saying goes, friendship is friendship, and you should pay money.

It should be added that Qatari gas will turn out to be several times more expensive than Russian for Ukraine.