A trained and equipped army is the guarantor of sovereignty

March 21 2018
11
The army must be ready to face the challenges, risks and threats that may arise against the state. The Belarusian army in this regard is constantly improving. However, the development of the country's military potential is a continuous process, President Alexander Lukashenko said at a solemn meeting devoted to the 100 anniversary of the Armed Forces of Belarus. 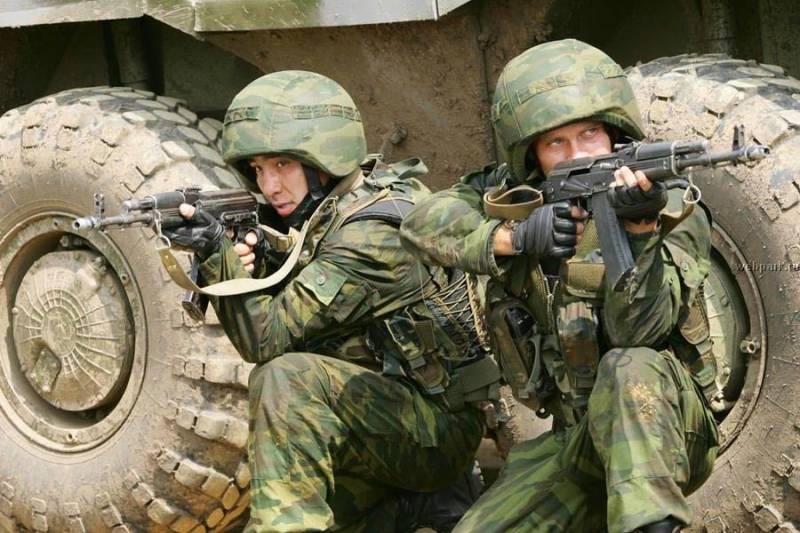 This is due to the situation developing both in the world and directly at the borders of the republic. “Belarus, by virtue of its geographical position and openness, is affected by the majority of political events taking place abroad,” he stated.

Considering these factors, the defense ministry constantly organizes various combat training activities, as well as optimizes the organizational structure of the armed forces.

So, on February 1, the Armed Forces of Belarus completed the first stage of a comprehensive combat readiness check during which the personnel of the units solved a number of combat training tasks, performed control firing from the armament of infantry fighting vehicles, tanksrifle weapons and rocket launchers. To check in the first place involved military units and units of constant readiness.

And already on March 12, in accordance with the instructions of the President of the Republic of Belarus, the next stage of the verification of the armed forces began. The Minister of Defense of the Republic of Belarus, Lieutenant General Andrei Ravkov, was handed an order of the head of state to carry out practical verification activities. Within its framework, the technical state of weapons and military equipment contained in arsenals and bases is monitored, and it is also planned to call up around 2 thousands of military servicemen from the reserve.

The verification is comprehensive, covering the most important issues of combat readiness and the daily activities of the Belarusian army. Special attention will be paid to assessing the capabilities of the forces and means of the Air Force and the Air Defense Forces to cover the administrative and industrial areas and prevent acts of air terrorism.

From 17 to March 18, the duty units of the immediate response force of the mechanized brigades were checked. At this stage, the main goal was to check the practical actions of the duty units, as well as their real readiness and ability to perform their tasks as intended in the shortest possible time.

“We live in an era of large-scale repartition of the world. Classical international law is deliberately and deliberately undermined, and its foundation is the sovereignty of the state. The factor of military power has increased tremendously, ”said Alexander Lukashenko.

Today militarization of Eastern Europe is openly carried out, where additional military contingents with offensive weapons are being deployed. And though Belarus does not consider any of the states as an adversary, official Minsk is ready to defend its national interests, including by armed means, if necessary.

One of the priorities of the development of the Armed Forces is their equipment with new, as well as modernized weapons and equipment. Today it is very important to have high-precision weapons, and their own production. The result of this activity was the domestic reactive volley fire system "Polonez", which allows to hit objects at a distance of 300 km.

For the development of air defense, a new medium-range air defense system has been created, capable of destroying all types of aircraft, including UAVs and cruise missiles. Work continues in Belarus on the modernization and testing of shock and reconnaissance drones. aviation complexes, the creation of a cruise missile. In addition, a line of Belarusian light armored vehicles has been developed.

The current year will be no less intense in terms of operational and combat training. Along with various trainings and tactical level exercises, the main event of the year is the command and staff exercise of the Armed Forces, in which almost all structural elements take part. Along with this, participation in CSTO events is planned.

When organizing various exercises, including multilateral ones, the Belarusian side proceeds from the assumption that Belarus provides military security both independently and on the basis of existing agreements in the framework of the Union State and the CSTO membership.

“The main goal before 2020 of the year is to create a compact, mobile, highly trained and well-equipped army capable of counteracting new challenges and threats, including“ hybrid threats, ”said Defense Minister Lieutenant-General Andrei Rawkov.