“Minsk is ours!” How green men of Belarus occupied

March 21 2018
19
March 15 news the inforesist.org portal reported that “Russian army units blocked the Baranavichy – Minsk highway in the area of ​​Bereza. With reference to the publication in the social networks of the Kiev war journalist Yuri Kolesnikov, it is alleged that UAV units are also located in the area of ​​the n / a Bereza in the framework of the joint Russian-Belarusian exercise. The author of the publication on Twitter points out the strangeness of the exercises: “Soldiers without identification marks, equipment numbers are shaded, and there is silence on the air. Local residents are not allowed out of the settlements. ” 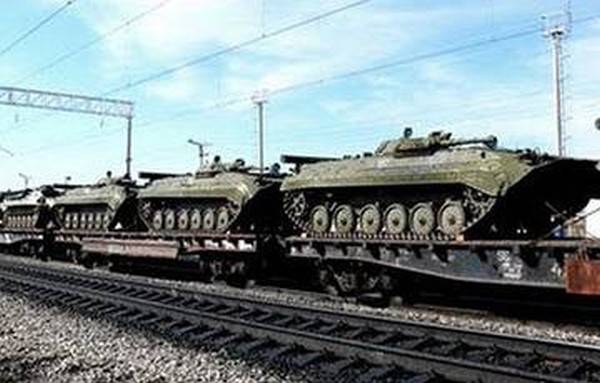 Despite the fact that the news was frankly fake, it instantly scattered across the Internet and caused panic and hysteria in the expert community, especially in the Ukrainian one. Following inforesist.org, information was picked up by several other “drain tanks” and the fairly well-developed Politeka website, which mixed up all the operational and combat training activities of the Belarusian and Russian armed forces, including the Russian-Belarusian airborne militia exercises that take place in Ulyanovsk region. The fact that the Ulyanovsk region is located more than one and a half thousand kilometers from Minsk is not so important for the authors. Sensation, even fake - more important!

Finally, the Information Resistance of Tyalchuk’s balalaika responds, emphasizing that Birch is only 100 km from the Ukrainian border and hinting that it’s time to dig trenches on the border with Belarus.

Further, the news is picked up by even more promoted media, including the Ukrainian Observer, who published the publication of another unfortunate analyst and military journalist Miroslav Guy. In his article, the author of a fake about finding Russian military equipment on the territory of Belarus presents, not as an opinion of a separate journalist, but a fact. As a result of in-depth analysis, Guy concluded that, most likely, Russian troops in Belarus are monitoring the Polish side (!), Where the Americans have installed a missile defense system. Well, or Russian soldiers are being prepared for the UN mission instead of Belarusians. Clearly Ban Guy has not yet decided, but it is difficult to imagine a greater absurdity.

As a result, stuffing about the Russian technology on the roads of Belarus has become so replicated that some have mistaken the fake for the truth.

At the same time, none of the Ukrainian military journalists and experts did not even bother to verify the information. Before declaring that “green men block roads:“ Minsk is ours ”, Belarus has one foot in Novobelorussia”, Ukrainian “military” journalists would do well to look at the Belarusian press and read that the country is undergoing a test of the army’s readiness thousands of reservists who will form a number of subdivisions of a separate mechanized brigade. I would like to pay special attention to the fact that on military clothing items adopted by the Belarusian army, emblems, sleeve insignia are not worn (source).

Also, writers who consider themselves to be military experts, it would not be superfluous to know or clarify that in the formation of new units they are allocated combat equipment that comes from weapons and equipment storage bases. By the way, one of these is located in the city of Baranavichy, and it was the equipment from this base, which followed to the destination and saw “experts” in the photos. Naturally, the equipment “in storage” is devoid of tactical signs of military units, because it is not assigned to any of the units.

It is worth noting that this is not the first injection about the seizure of Blue-eyed Russian troops and military equipment. Prior to this, other similar theses were worked out using the same algorithm: the “West-2017” doctrine would end with the occupation of Belarus; Russia will deploy air defense troops in Belarus; during the exercise "West-2017" will be an attack on Ukraine; Russian troops remained in Belarus after the exercise "West-2017", etc.

The saddest thing is that the repeaters of such “sensations” are also representatives of the military-political elite of Ukraine, who, by the nature of their activities, should not allow themselves to mislead the public.

Despite all these informational stuffings and their low-level analysis, there are no Russian troops and military equipment on the Belarusian territory and they are not foreseen, with the exception of joint combat training activities, but they pass according to plan and are covered by the press. Russia for Belarus both was and remains the main strategic ally and partner, and Minsk for Moscow, in turn, is still a kind of outpost of the Kremlin in the western direction. As the saying goes, dogs bark, the caravan goes.