March 20 2018
27
The FBI launched an investigation into the US criminal case, called the "case terrorist parcel case." We are talking about several cases of the spread of explosive devices in the state of Texas with the help of parcels, which in the USA are usually left on the threshold of a house or apartment.


As a result of the first explosion that thundered in Austin on March 2, an 39-year-old local resident who worked for a construction company was killed. He opened the package that stood at his door - there was an explosion. The man eventually got injured incompatible with life.

March 12 in Texas exploded two more bombs disguised as parcels. The victims of the explosions were a 17-year-old young man and an 75-year-old woman. And the boy died, and an elderly woman with injuries was taken to the clinic. Also as a result of the operation of explosive devices, the mother of the young man was seriously wounded.

The FBI has now determined that the US postal service was not the distributor of these deadly parcels.
Against this background, attention is drawn to the canceled 17 March in Austin concert. The event was canceled due to a reported explosion hazard.

18 in March in Austin thundered another explosion, which resulted in injuries to two men. 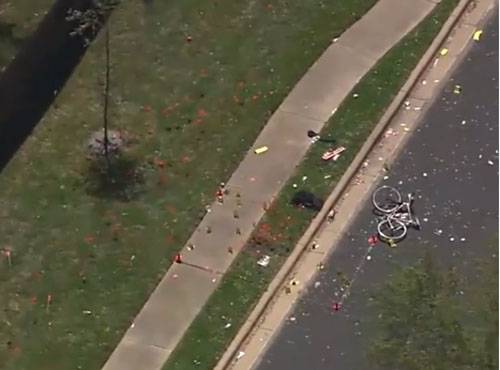 At the same time, the FBI frankly admit that they have not yet established any connection between the explosions. The fact is that initially it was assumed that the demolition man acts against the "colored" population of the state. But if in the first two cases the victims were African Americans, and in the third - the Latina woman suffered, in the fourth - two white Texans. Moreover, the fourth explosive device was not packaged in a “parcel”, but was a variant of the “stretch mine” at the side of the road.