March 20 2018
19
At the company in Sete-Lagoas (Brazil) of Iveco company, part of the CNH Industrial group, a ceremony was held to transfer the 300 th BBM VBTP-MR “Guarani” to the Brazilian Ground Forces, reports TSAMTO. 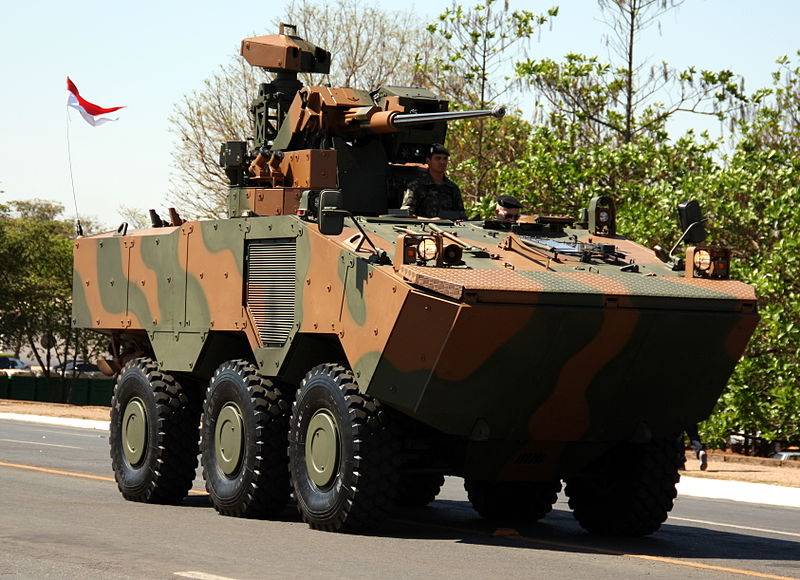 It is reported that "the share of Brazilian-made components currently exceeds 60%, including the transmission and chassis, FPT Industrial Cursor 9 diesel engine with an 383 hp power."

In 2007, Iveco won a contract to develop, together with specialists from the Department of Science and the Ground Forces of Brazil, the VBTP-MR armored vehicle and to supply the first 16 prototypes.

And in November 2016, the Brazilian command concluded with Iveco Latin America a contract to supply the Guarani VBTP-MR serial floating armored combat vehicles 1580 with the 6x6 wheel formula.

In total, according to the basic agreement signed in 2009, the Brazilian army will be supplied with 2044 BBM. The total cost of the program is estimated at 2,5 billion euros. Delivery must be made before 2035. The vehicles will be delivered in versions of the BTR, communication vehicles, control vehicles, ambulance and conveyor 120-mm mortar.

The new BBMs are designed to replace the outdated Cascavel EE-9 and Urutu EE-11 BTRs produced by the Brazilian company Engesa.