Palestinian leader calls US ambassador to Israel "son of a bitch"

March 20 2018
75
Palestinian leader Mahmoud Abbas is extremely tough on the American ambassador to Israel, David Friedman. According to Abbas, the US ambassador with his support for the construction of Jewish settlements in the Palestinian territories only "incites the Palestinian-Israeli conflict."


At the same time, the leader of Palestine made it clear that if the American ambassador allows himself to declare support for the construction of Jewish settlements, then a new round of conflict is in the interests of the United States.

Mahmoud Abbas:
This son of a bitch, the US ambassador to Tel Aviv, states that this is Israeli land. And we say in response: settlements are built on the land of Palestine.

It is reported RIA News. 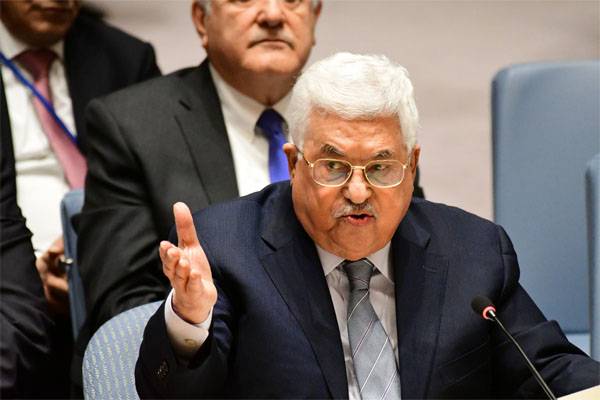 As you can see, Abbas deliberately emphasizes that Friedman is the ambassador to Tel-AvivAlthough earlier in the USA they declared recognition of Jerusalem as the capital of Israel with plans to transfer their embassy to this city.

Earlier, Trump said that he had already prepared the parameters of the "deal" that "put an end to the Palestinian-Israeli conflict." At the same time for the implementation of the "deal" Trump draws on the authorities of Saudi Arabia, who have already declared that they are ready to make Israel a "responsible offer to overcome differences with Palestine."