During exercises in the Central Military District, specialists of the RCB troops hid the plant with the help of thermal smoke machines.

March 19 2018
29
In the Samara region, special tactical exercises of the radiation, chemical and biological (RCB) forces of the Central Military District (CVO) were held, during which nine of the latest KamAZ-based TDA-3 thermo-smoke machines were used to disguise the conditional plant from the "enemy" ", the press service of the district 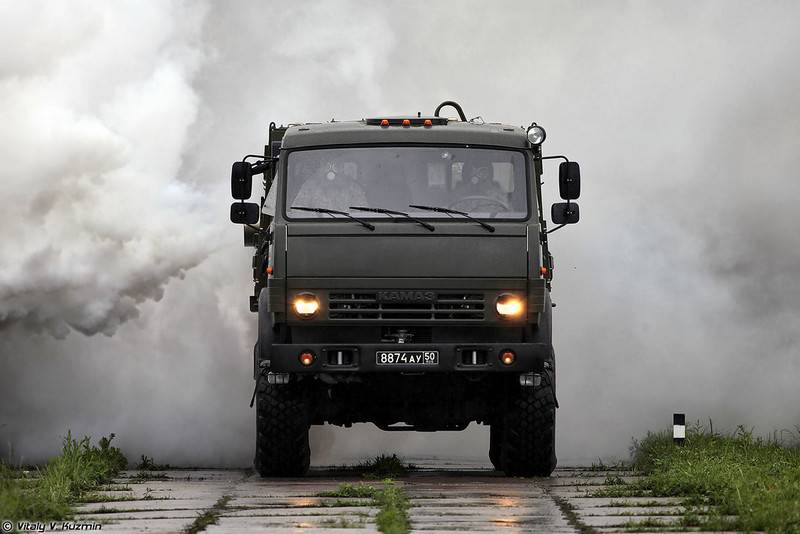 Specialists of radiation, chemical and biological protection of the Central Military District used the latest tactical smoke machines TDA-3 on the basis of KamAZ at the tactical and special exercises near Samara for aerosol masking of the plant from aviation conditional adversary
- the report says.

It is noted that with the help of thermal smoke machines, which entered the units of the second combined arms army at the end of 2017, a continuous aerosol curtain was created on an area of ​​six thousand square meters, with the result that the object remained inaccessible for about one hour for visual reconnaissance and missile guidance systems aviation conditional enemy.

The exercises were held at the Chapayevsky training ground as part of the final stage of the monthly camp gathering of RCB protection troops of the Central Military District, in which more than 1,5 thousands of servicemen take part, more than 400 units of equipment are involved, the report says.