March 19 2018
10
A squadron of Su-34 bombers of the Western Military District was alerted in the Voronezh Region and transferred to the operational airfield in the Tver Region, the press service of the district reports. 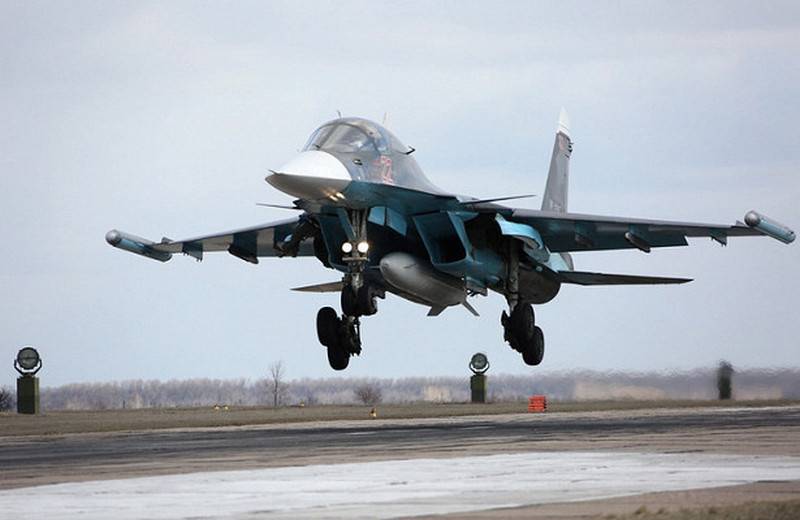 During the first stage of the exercise, Su-34 bombers overcame more than 500 km of non-stop flight to the operational airfield in the Tver region, made refueling and departure for working off combat missions on hitting targets with concrete bombs
- said the head of the district press service, Colonel Igor Muginov.

It is noted that during the active phase of the exercise, the planes will oppose ground forces of electronic warfare (EW), will carry out air combat elements with the crews of Su-30SM fighters and will make practical bombing with Betab-500 concrete-bombing bombs.

In total, more than 10 operational tactical aircraft participate in maneuvers aviation District, over 60 communication vehicles, electronic warfare, radar, as well as about 200 military personnel of flight and technical personnel of the Voronezh, Kursk and Tver aviation regiments of the district.