Klimkin proposed the EU to impose sanctions against Gerhard Schröder

March 19 2018
28
The main foreign policy department of Ukraine said that the European Union should discuss the possible introduction of sanctions against the former German Chancellor Gerhard Schroeder. Recall that today Schröder is the chairman of the board of shareholders of the company, responsible for the operation of the Nord Stream gas pipeline - Nord Stream AG. 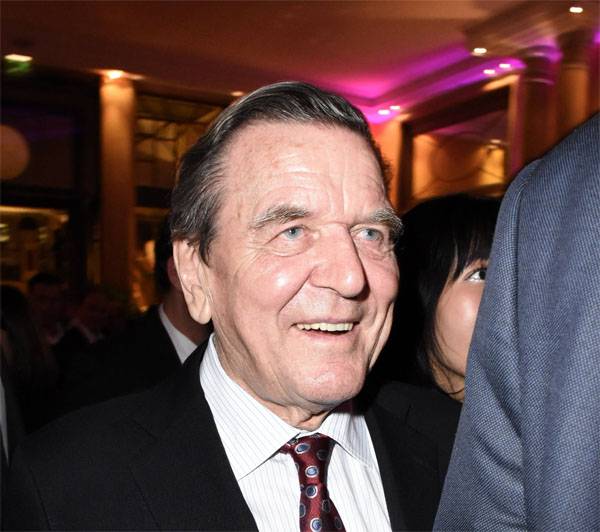 In an interview with a magazine picture Ukrainian Foreign Minister Pavel Klimkin said that Schröder is a lobbyist for Vladimir Putin’s projects abroad.

From Klimkin's statement:
It is very important that sanctions be imposed against those who promote Putin’s projects abroad. One of the most active lobbyists for Putin’s projects around the world is Schröder. The EU needs to learn how to influence this situation.

The EU bureaucracy has not yet responded to the initiative of Pavel Klimkin.

Recall that last fall, Gerhard Schroeder, who from 1998 to 2005 served as Federal Chancellor of Germany, was elected a member of the board of directors of Rosneft.