March 18 2018
103
According to Lenta.ru, citing the Directorate 4 channel-channel, which monitors the activities of terrorists, militants from the Jash Tahrir ash-Sham group (* banned in the Russian Federation) shot down a Su-24 plane belonging to the Syrian Air Force in the East Kalamun region . The moment of the fall hit the video. 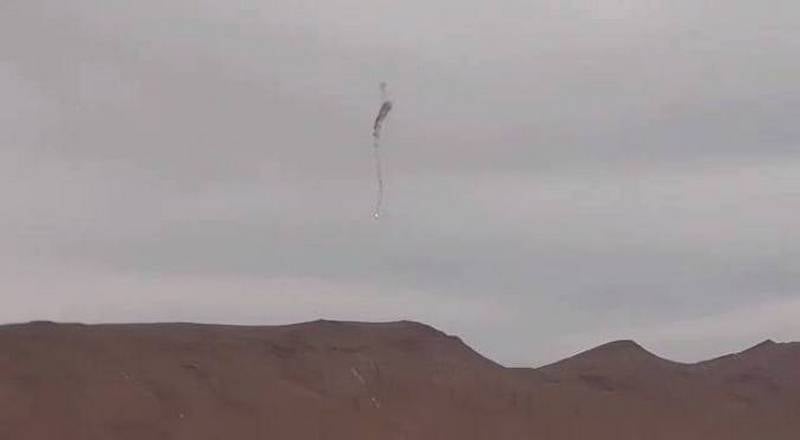 According to Al-Masdar News, the plane crashed into territory controlled by Syrian government forces. In turn, the Syria Call News publication, citing sources, reported that the aircraft was shot down from a ground-based rocket launcher and fell near the cement factory. In this case, the pilot allegedly managed to eject, but there is no other information about him yet.

According to the portal Al-Masdar News, earlier the terrorists announced the resumption of the attack on the Syrian army in the area. No comments from the official Damascus on this incident have yet been received.

Ctrl Enter
Noticed oshЫbku Highlight text and press. Ctrl + Enter
We are
Moscow put before the fact. 2 Turkish convoy in support of "al-Nusra" as the first result of the "Sochi Congress"
Military Reviewin Yandex News
Military Reviewin Google News
103 comments
Information
Dear reader, to leave comments on the publication, you must sign in.