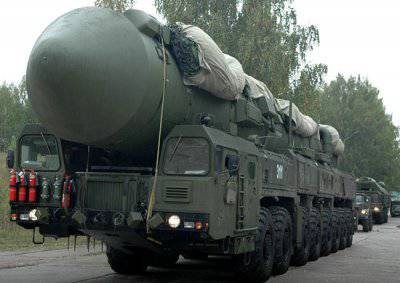 On April 23, near the 40, the servicemen of the regular missile division of the Teikov formation of the Strategic Missile Forces (RVSN) completed the second stage of retraining for the newest ground-based missile system Yars. This stage of training was conducted on the basis of the training center of the Aerospace Defense Forces (WKO) in the Arkhangelsk region, the press service and information department of the Ministry of Defense of the Russian Federation reports.


Another, the second in a row missile regiment of the Teikov missile compound, armed with the PGRK Yars with the RS-24 intercontinental ballistic missile equipped with a divided warhead, took up combat duty as part of two missile battalions and a mobile command post of the 27 regiment of December 2011. .

In total, the process of retraining of servicemen at the Yars PGRK consists of three stages. The first one took place from January 30 to February 15 on the basis of the Teikov missile formation and included theoretical training of servicemen, the second stage ended on April 23 at the VKO Troop training center deployed at the Plesetsk cosmodrome. The final stage is practical, will take place directly in the missile regiment when the Yars PGRK is commissioned. Each stage of retraining of servicemen ends with the delivery of a number of offsets and is under the control of the combat training department of the Command of the Strategic Missile Forces.

The adoption of the RS-24 ICBM will enhance the combat capabilities of the Strategic Missile Forces strike group to overcome missile defense systems, thereby strengthening the nuclear deterrence potential of the Russian strategic nuclear forces. In the future, together with the PC-12М2 (Topol-M missile system) already adopted for use of the monoblock ICBM, the PC-24 ICBM will form the basis of the Strategic Missile Forces strike group.
Ctrl Enter
Noticed oshЫbku Highlight text and press. Ctrl + Enter
We are
ARMY-2016. The latest complex of biological protectionThe Teikov missile unit division departed to the Arkhangelsk region for retraining at the Yars PGRK
Military Reviewin Yandex News
Military Reviewin Google News
13 comments
Information
Dear reader, to leave comments on the publication, you must sign in.