Poroshenko and his "livestock": fake instead of industrialization

March 20 2018
49
The degradation of the Ukrainian economy assumes the character of a full-scale change in the socio-economic structure: from the advanced industrial and technological to the backward agrarian and raw materials. 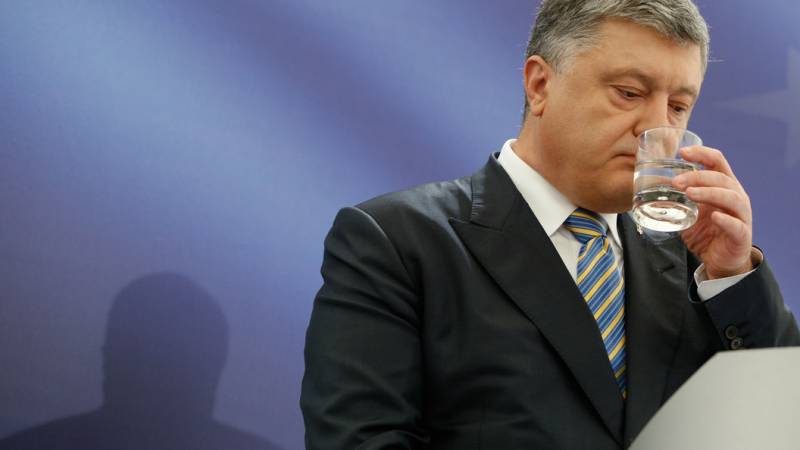 The mass media propaganda of the Kiev regime is strongly promoting the topic of “unprecedented economic success” of Ukraine under the leadership of the current “reformers”. As a “proof”, glamorous videos are spreading on the Internet, telling that “for the last three years, 124 new plants have been opened in Ukraine”.

For me, a man who grew up in the Soviet Union, in a country that possesses enormous industrial power, this figure sounds impressive. Because the imagination immediately begins to draw huge production departments of aircraft-building, shipbuilding, machine-tool, rocket, engine, nuclear, pipe and other plants of a large industry.

This is what local “activists” write about this process, who created, as they say, “the most optimistic map of Ukraine”. It is not clear just what they saw reason for optimism:

"FACT. More than 300 enterprises appeared in our country in three years. In particular, 124 was built and 57 factories are being built. Basically - biogas, for the processing of agricultural raw materials and garbage. Energy is developing. Rented, or on the line, 69 solar, 12 wind, 8 hydroelectric. Also opened 22 industrial park and four dozen grain elevators and terminals.
GEOGRAPHY. Most enterprises open in Western Ukraine, around Kiev and in ports. To the east of the Dnieper and in Polesie, the concentration of new industries is much lower. View the map in full resolution here.
VALUE. Most of the new enterprises are small and belong to the primary industries. There are almost no full-time technological productions. ”
New country: what is the most optimistic map of Ukraine?

In principle, this can put an end. Because this "oil painting" speaks for itself. The “plant” in today's Ukraine is any fenced territory where some, usually small, amount of imported equipment for the production of the simplest products is installed. For example, for processing all kinds of organic waste, including cow shit, on the so-called "biogas". Or for the release of kopeck packaging for food based on imported equipment. With the export of the lion's share of finished products again in the European Union.

At the same time, the Ukrainian state does not invest a single penny in this fake “industrialization”. As a rule, Western companies are engaged in this, for whom it is interesting and advantageous to use local raw materials (mainly land) and labor resources at a penny, in comparison with European prices. Approximately the same goals - exporting agricultural produce cheaply to the West, are also used for exporting grain terminals that bred in the Ukrainian ports, like mushrooms after a rain.

At the same time, no new plants in the normal sense of the word, as production facilities capable of producing high-tech products in commercial quantities, do not build a full cycle in Ukraine today. Even the military, although for the fourth year, as they swear in Kiev, there is a “patriotic war”!

And what remains from the times of the USSR either came to a complete desolation (like the once-largest shipyards in the city of Nikolaev in Europe), or destroyed to the ground (like the machine-building and machine-tool plants of Odessa), or paralyzed by the breakdown of economic ties with Russia (like rocket and engine plants of Dnepropetrovsk and Zaporozhye).

In fact, Ukraine is rapidly moving into a fundamentally different, much more primitive socio-economic way - from industrial and technological to agricultural and raw materials. And this is not just a much more ancient, but at times less efficient way of production. One dry cargo ship built at the Nikolaev shipyard, or just one booster rocket of Yuzhmash, could have a multiple greater economic effect than the simultaneous “exhaust” of all the newest Ukrainian biogas plants.

The point is that as a result of real deindustrialization, a significant, if not most of the population of Ukraine, will be finally deprived of the economic basis of its existence, that is, doomed to gradual extinction. No “green factories” of the agrarian sector will ever replace, in the sense of the magnitude of the social burden, the classical industrial enterprises that fed millions of cities. And this is not to mention the fact that the practically deserted Western technologies for the exploitation of Ukrainian land resources, introduced in the countryside, are designed precisely for the maximum automation of the agricultural sector of the economy, that is, for its further depopulation.

As a result of such a policy of the authorities, in Ukraine, optimal conditions are created for a radical reduction in the population. In the foreseeable future, up to a reasonable for this type of raw materials economy, the numbers in 10 are from the strength of 15 million. More people this type of extensive, living, in fact, from the land of economic activity simply will not feed.

Attention is drawn to one more circumstance that has a clear political tint. The current construction of the so-called “new Ukrainian plants” takes place mainly in Western Ukraine, or in rural areas, where representatives of the so-called “titular nation” predominate. That is, if you call a spade a spade, this is the most backward part of the country's population, practically not included in the life of the former industrial civilization. And therefore, it has remained almost untouched from time immemorial. But it is she - this hammered rural public is the main mass social support of the current regime, which relies on the illiterate and therefore most subject to the ideological treatment of the villagers.

Encouraging the development of the mainly agricultural sector, which relies on this category of population, this power also pursues a well-defined political goal - the creation of economic foundations for the survival of only its livestock in Ukraine. While the destruction of the traditional industrial base in the cities of eastern and southern Ukraine dooms their multimillion-strong, mostly Russian population, to final departure from historical arenas.

Needless to say, it is precisely in getting rid of this multimillion-dollar “Russian-language ballast” that cannot be inculcated with genetic hatred for Russia and Russians that the fundamental and, in fact, the only significant task of the current Kiev-based power to the bones of Kiev is concluded. Which she systematically and performs. It is in the spirit of Hitler’s “Master Plan Ost”, which charted such an unenviable fate for Ukraine.

Ctrl Enter
Noticed oshЫbku Highlight text and press. Ctrl + Enter
We are
Situational analysis of the death of the MH17 flight (Malaysian Boeing 777), made on the basis of engineering analysis from 15.08.2014Results of the week. “In our cooperative, the board is always agreed”
Military Reviewin Yandex News
Military Reviewin Google News
49 comments
Information
Dear reader, to leave comments on the publication, you must sign in.