Vessel "Admiral Vladimirsky" completed a visit to the island of Mauritius 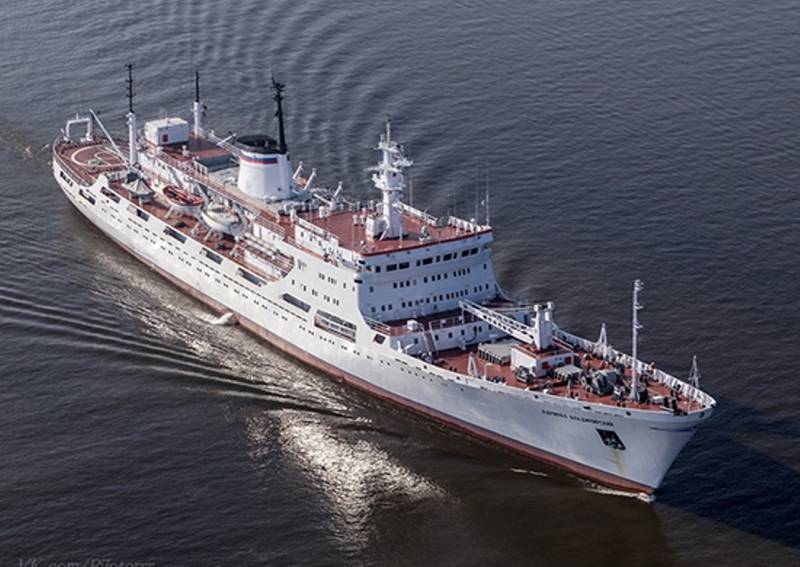 It is reported that "the unofficial visit of a military oceanographer from 11 to 18 March was held in the framework of a long-distance maritime voyage carried out according to the plan of the second international expedition to the Indian Ocean under the auspices of the intergovernmental oceanographic commission of UNESCO."

During the visit, the crew replenished supplies of water and food. As part of the cultural program for Russian sailors, guided tours of historical places of port louis. The OIC command paid visits to the authorities of Mauritius. On board the research vessel, official events were held, which were attended by delegations of the diplomatic mission of the Russian Federation in the Republic of Mauritius,
says release.

For three days, "Admiral Vladimirsky" was open to visitors from Port Louis.

Next, the ship will make the transition to the Seychelles, where the Victoria port will visit with a business call. Then the crew will continue to carry out research hydrographic work in the Indian Ocean according to the plan of an international expedition.

Help of the press service: “December 15 2017 OIS" Admiral Vladimirsky "left the naval base of the city of Kronstadt in a long-range hydrographic campaign as part of an expedition under the auspices of UNESCO. The vessel’s crew and expedition members on board were given the task of performing a complex of hydrometeorological observations during a period of many months, to carry out a large amount of research to correct marine navigation charts along the route in the Baltic, North, Mediterranean and Red northeastern Atlantic Ocean. "

Ctrl Enter
Noticed oshЫbku Highlight text and press. Ctrl + Enter
We are
Oceanographic vessel of the Russian Navy "Admiral Vladimirsky" made a measurement of the depths at the transition from the Baltic to the Mediterranean SeaOceanographic research vessel "Admiral Vladimirsky" entered the Bay of Biscay
Military Reviewin Yandex News
Military Reviewin Google News
11 comments
Information
Dear reader, to leave comments on the publication, you must sign in.