March 22 2018
35
Do we know that the Russian army experienced the first chemical attack of the enemy a dozen years before we were aware of the facts related to history World War I - in December 1904, during the December storming of Port Arthur by the Japanese army?


Fort Port No. 2 was very important in the Port Arthur fortification system. Therefore, in early December 1904, the Japanese army made a number of attempts to seize this fortification, using all available means. Along with other species weapons Japanese use and chemical warfare agents. In the morning of December 2 (15) of 1904, in the outer pit of the fort number 2 occupied by the Japanese, Russian observers noticed a suspicious movement. 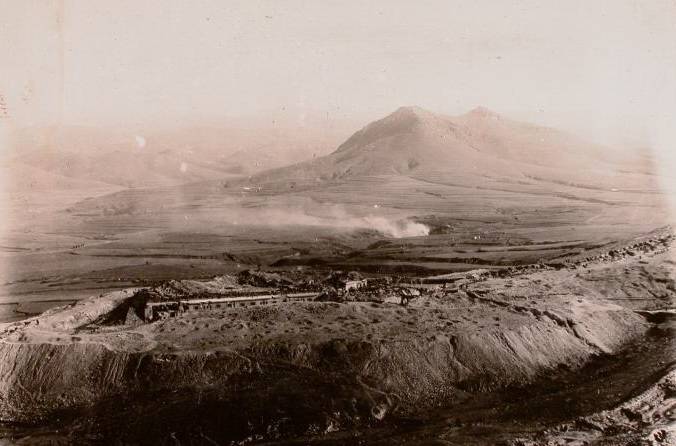 At 15 hours of the day, the Japanese lit a fort in the counterscarp gallery of the fort number 2, impregnated with a poisonous substance, giving asphyxiated gases during combustion. Gases through loopholes began to penetrate into the part of the gallery occupied by the Russians.

Russian troops were forced to retreat to 40 steps - for the next defensive traverse. The plot they left was immediately occupied by the Japanese.

Attempts by the Japanese to capture the traverse were repulsed by hand grenades. Then the Japanese again began to use poisonous substances (arsenic compounds) of the suffocating effect - and the Russians were forced to leave the gallery. Russian fighters, in order to show the Japanese that the gallery was not abandoned, took turns rushing into it and, having fired a shot at the traverse of the traverse, again ran away, giving way to others. 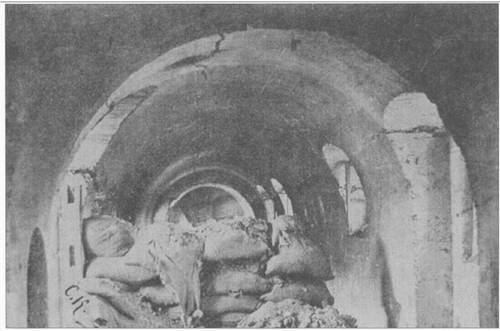 These facts were reported to the head of the eastern defense front of Port Arthur, Major General V. N. Gorbatovsky, who, after checking the report, and 18 45 minutes of hours reported to the headquarters of the fortress: “In the counterscarp gallery on the fort No. 2, the Japanese set fire to their front the traverse felt and tags filled with the composition that give stifling gases during combustion, which made the gallery defenders move back for the next traverse, i.e., almost 40 steps back, where we are now. Several times the Japanese tried to run up to this traverse, but were driven away by the bombs of our shooters, led by sergeant-major of the 12 th company of the 26 th regiment Kornienko. Following this, the Japanese set fire to some arsenic compounds, in which the child was almost impossible to stay, had to change people in 2 - 3 minutes, and Lieutenant 26 regiment Sinkovich was taken to the hospital of the poisoned and unconscious. Currently, the gases are somewhat scattered. If the Japanese managed to capture the whole gallery, I consider it best to blow up the area we occupy. ”

The report of V.N. Gorbatovsky was recorded in a review of military operations near Port Arthur: “To drive us out of the counter-escalarp gallery to fort number 2, where we held very hard, the Japanese began pumping suffocating gases into the gallery, why were sentinels standing at the embrasure, towards the Japanese side, I had to change every 2 - 3 minutes. ”

On 3 hours of 3 (16) on December 1904, the Japanese forces once again tried to capture Fort XRUMX’s counter-scarp gallery with toxic agents, but the commandant of the fort ordered to open the rear opening of the gallery - a draft was formed that cleared the gallery of accumulated gases. In the afternoon, the Japanese once again, unsuccessfully, tried to use toxic substances. This fact was reported to the headquarters of Port Arthur: “In the afternoon, the enemy fired artillery fire from a lit. B to strengthen number 2. At the fort number 3, the Japanese again lit the felt in the counterscarp gallery and smoked out the defenders of this gallery. ”

As a result of the use of poisonous substances and because of the destruction of the fortifications with artillery fire, the Russians ordered the 5 fort No. 18 on the orders of the Chief of the Port Arthur ground defense chief, Major General A.V. Fock 1904 (2) in December X. X.

Thus, it can be considered as documented that during 2 (15) and 3 (16) December 1904, the Japanese army at Port Arthur repeatedly used war toxic agents. But even they could not break the Russian soldier - and the fortifications were left in accordance with the order of the command.

Ctrl Enter
Noticed oshЫbku Highlight text and press. Ctrl + Enter
We are
Toxic substances "Novice": do not exist, but used?Reports from the militia of New Russia for 27-28 September 2014 of the year
Military Reviewin Yandex News
Military Reviewin Google News
35 comments
Information
Dear reader, to leave comments on the publication, you must sign in.