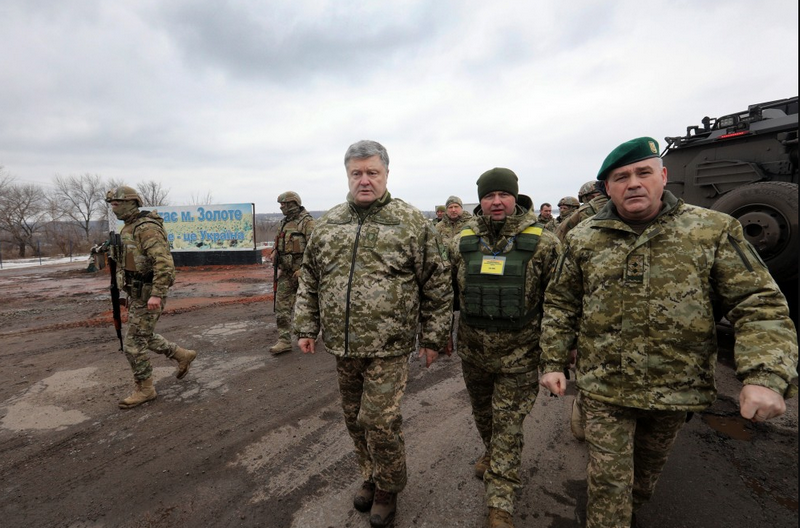 The leadership of the forces and means of the Armed Forces of Ukraine and other military formations and law enforcement agencies will be entrusted to the commander of the combined forces. I decided to appoint Lieutenant General Sergey Naev to this position.
- Poroshenko wrote on his page on Facebook.

The head of state said that he had set the task of strengthening the armed forces to the commanders so "that they were not only defensive, but also capable of liberating the occupied territories."

On my initiative, the Verkhovna Rada adopted a law on the reintegration of Donbass. This document created a new legal basis for repelling enemy aggression in the Donbass, and in the future - for the restoration of the territorial integrity of Ukraine
- Poroshenko said, introducing Naev.

According to him, "the format of the antiterrorist operation will be changed to the operation of the combined forces"

Photos used:
The official website of the President of Ukraine

Ctrl Enter
Noticed oshЫbku Highlight text and press. Ctrl + Enter
We are
Weekly summary (30 January-5 February) on the military and social situation in the DPR from the military officer "Mag"
Military Reviewin Yandex News
Military Reviewin Google News
99 comments
Information
Dear reader, to leave comments on the publication, you must sign in.