March 16 2018
12
The NATO E-3A Sentry AWACS airborne early warning and control aircraft on Thursday made another reconnaissance flight near the borders of the Kaliningrad, Leningrad and Pskov regions, according to monitoring data from western aviation resources. 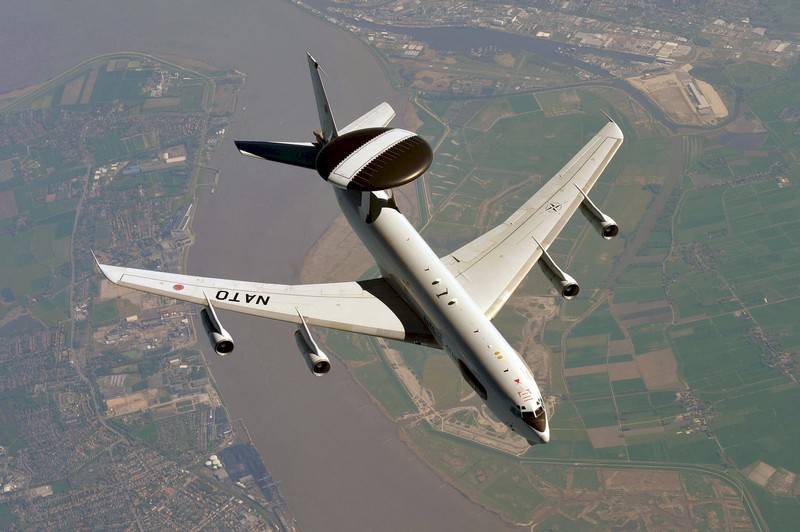 According to their information, a NATO command aircraft with a board number LX-N90458 and the call sign NATO06, departing from the Gilenkirchen airbase in Germany, in the area after 13: Moscow time flew over the southern and eastern land borders of the Kaliningrad region in the sky over Poland and Lithuania. Then, having flown into Estonian airspace, he circled above the northeast of the country and the south of the Gulf of Finland and cruised for several hours near the western regions of the Leningrad and Pskov regions.

On the eve of the reconnaissance aircraft of the United States, the command of NATO and the UK conducted flights near the borders of the Kaliningrad, Leningrad and Pskov regions and the northern borders of Russia. In particular, the British aerial reconnaissance and control aircraft striking Sentinel R.1 with the tail number ZJ690 flew from the Waddington airbase in England on a mission to the Russian borders in the Barents Sea region, Interfax reports

Ctrl Enter
Noticed oshЫbku Highlight text and press. Ctrl + Enter
We are
US planes and NATO command conducted a series of reconnaissance flights near the borders of the Russian FederationThe United States conducted another reconnaissance of Russia's western borders
Military Reviewin Yandex News
Military Reviewin Google News
12 comments
Information
Dear reader, to leave comments on the publication, you must sign in.