Syria: the struggle for the head of the hydra

March 20 2018
20
The latest events occurring in the long-suffering land of Syria have generated a mass of versions trying to explain what the opposing sides want and which of them is more militant, more cunning and more terrible. Judging by the unprecedented pumping up of horror stories by Western mass media stupefying, the most horrible and strongest political subject on our planet - the United States, in its exceptional belief in its exclusivity (I apologize for the tautology), still remains captive to its illusions about its opportunities in the reconstruction of the world. 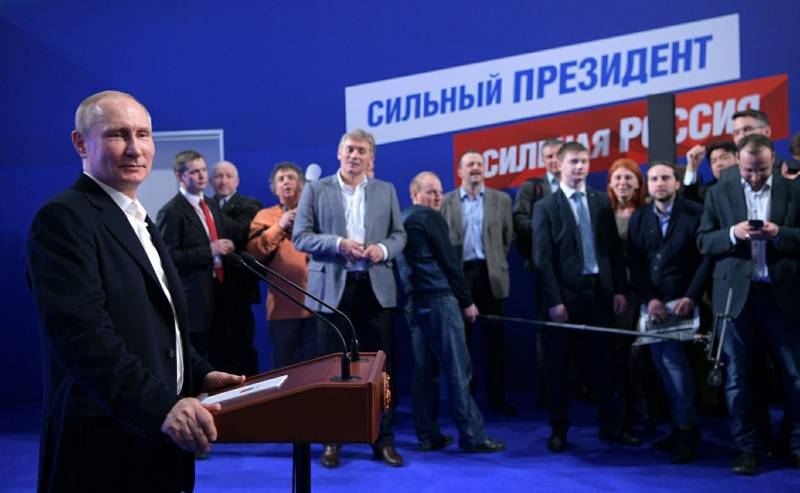 Take, for example, the information and diplomatic orgy, which staged sworn friends of our country around the death of the former major of the FSB Skripal in London. Thanks to all this hype, we were lucky to see the true face of the advocates and defenders of democracy and political correctness. Where are the streamlined formulations, near-crazy chatter and ostentatious correctness? Masks reset! Angry and boorish attacks of the Minister of Defense of Great Britain and Theresa May did not leave a stone unturned from the vaunted British restraint and from no less popular cold-bloodedness. Generally, when the Britons behave like banal gopniks, this may indicate either their overwhelming superiority, or that they are at a loss and are trying to at least somehow level the resulting damage. And the damage was done from several sides at once, and on this I would like to focus attention and express my version of what is happening.

The damage was caused at once from several sides, and all of them relate to the military theme. The first is the worldwide message from Putin. In this message, Vladimir Vladimirovich masterfully and unequivocally sent his sworn friends far and for a long time - in search of counterarguments on the presented types of strategic armaments. It is clear that everything that was said and shown at the aforementioned event caused astonishment and delight not only among Russians and their like-minded people, but also caused a shock among the builders of the world in the Western style, led by the United States. The stump is clear that, being in a state of shock, for the first couple of days they just moaned something inarticulate, but then sensible, multi-vector, but helpless answers appeared, ranging from “We have nothing to oppose Russian weapons” to “Everything is bluff!” And even after three weeks from this landmark event, no intelligible arguments were found, except methods of increasing funding for military budgets, multiplying all sorts of positional areas and increasing the intensity of diverse chenii. True, in recent days there have been announcements of some innovative and, as always, “exceptional” projects.

The second direction from which damage is inflicted is Eastern Guta in Syria. Despite the pressure, which was carried out and carried out on Assad with the allies and videoconferencing of Russia, the “boilers” under Damascus still appeared and contract like shagreen leather. The possibilities of the Western coalition to help barley boilers locked in boilers are also shrinking. If in Rakka, the West had all the opportunities to save and remove from the environment the bandits, against whom the troops of the “free world” have been fighting for many years, then there is no such possibility under Damascus, and there are suggestions that Western instructors are cooking in the boilers, these same bandits and teach. And, as evidenced by some sources, these instructors, in addition to “teaching” activities, are also involved in direct clashes.

Building these events into a simple logical chain, it is quite easy to come to the conclusion that all this boorish and paranoid hype in the mass media stupefying the West is a helpless attempt to save the face of its face once again from the next fiasco in the Syrian game. After all, similar finals of geopolitical frauds, tirelessly pushed by the United States around the world, always got away with it for several reasons: the opponents (in particular, Russia), guided by good intentions and the desire to establish a dialogue, let the facts drag on the brakes and their vassals turned out to be in the wrong place at the wrong time, and rescuers always rushed to the rescue — sometimes in the person of the assistant director of the CIA, then the secretary of state, or even all chancellors and presidents ... That division of American commandos suddenly lost It is possible in the steppes of Donbass, and a high-ranking friend of the director of the CIA arrives to rescue them ... Western instructors, like rats, were captured in bunkers in Aleppo, here, in Guta, another ingenious maneuver under the guidance of these instructors ended in an environment.

It is for this reason that the attacks against Putin and Russia, unprecedented in their rudeness, are threats to be heard from all trunks from the mouth of high-ranking officials in the UN, and that is why shameless shouts from the mouth of an overwhelming English sycophant who was appointed WB defense minister thanks to personal, puppy dedication to Ms. May, and threats against Russia from the most dying maiden. It seems that the leadership of Russia did not go for another deal to rescue the "western warriors" lost in the sands of Syria, and this caused such a reaction. But, apart from the threats and rudeness, which shows the helplessness of the western hydra with the horned head, there is nothing equivalent that can be opposed in the struggle for one of their heads. We chop further, friends!

Ctrl Enter
Noticed oshЫbku Highlight text and press. Ctrl + Enter
We are
About Putin's diagnosis and exclusivity of the United StatesThe time has come, or we play the net!
Military Reviewin Yandex News
Military Reviewin Google News
20 comments
Information
Dear reader, to leave comments on the publication, you must sign in.