How to talk to liars

March 16 2018
32
When you look at the hysteria of the government of England and the Western media around the poisoning with the supposedly nerve-paralytic gas “Novice” of the former GRU employee and MI-6 agent Sergey Skripal and his daughter in Salisbury (England), it seems that the main thing in her is Skripal, but "The use of chemical warfare agents in England", Skripal serves only as a pretext to attribute his use to Russia, and without proof and categorically, as the use of chemical weapons in Syria, attributed to Bashar Asad. 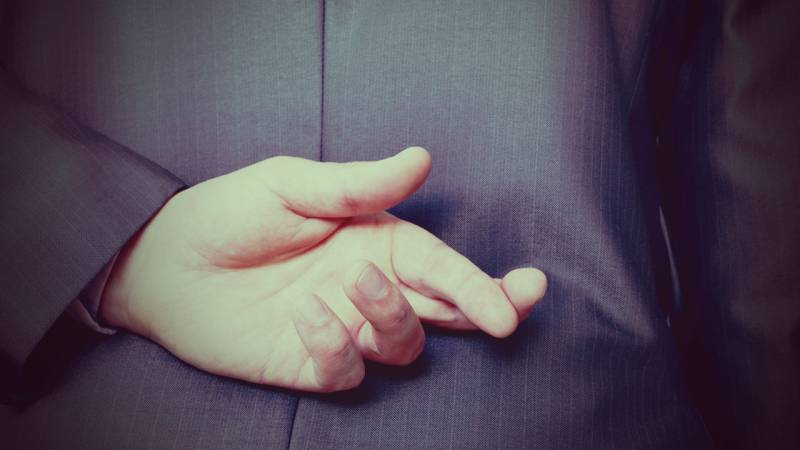 And I remember the special representative of the United States Kurt Volker, who was still in 2017 year, during negotiations with Vladislav Surkov, a journalist asked the question: what will happen if the deployment of peacekeepers in the Donbass fails according to the American scenario? Volker replied: Russia’s isolation in the world will increase. In other words, if Russia does not surrender the Donbass according to the Croatian scenario, with unacceptable damage for itself, it will further isolate itself in order to cause unacceptable damage to it in other ways.

I must say, our Kurt is just a prophet, indeed, we see an increase in attempts to isolate Russia by any means after the seizure of Donbas by “peacekeepers” according to the Croatian scenario, with the “disbandment” of LDNR, failed. The “doping scandal” was immediately promoted with the unsubstantiated accusations of the “informer Rodchenkov” in order to prevent Russia from attending the Olympics in South Korea. Then the initiator was WADA, registered in Canada. Now another loyal ally of the United States, England, picked up the baton with the help of a no less unsubstantiated “Russian trace” in the use in England of the “chemical warfare agent”.

What does Kurt Walker’s prophetic gift say? The fact that "Operation Scripal" is conceived and carried out by some international political force that is so powerful that it can take advantage of the whole of England, or England itself is a part of this force. The Theresa May government simply fulfills a plan drawn down from above, despite all its absurdities, exposing England in a foolish way.

There is only one such force in the world - the so-called global financial elite, led by neocons from America, whose agents include Senator John McCain and his loyal collaborator and prophet Kurt Volker. Our businessman Oleg Deripaska recently said that he personally knows representatives of the shadow power in the United States from a conglomerate of special services, media and financial elites, which is not at all identical with the White House in Washington. Thus, the hypothesis of Karen Shakhnazarov about the banal international conspiracy of globalists against Russia is confirmed.

Even a globalist conspiracy is still a banal conspiracy, even though achieving world domination, its failure can have disastrous consequences for the conspirators themselves, and this conspiracy is already failing - therefore, hysteria in the world fake media is growing. The consequences of this failure of the fake media give out the unexpected and shattering successes of the “Russian propaganda” in the face of the lonely RT and 13 “St. Petersburg trolls”, and they expect even greater success because the affairs of the global conspirators are bad.

In England, in view of the foolish situation that Teresa May found herself with the idiotic messages about the “Russian track” in Salisbury, the British on social networks divided about 50 / 50 in assessing the integrity of their government. This is the real split of the English society, which, undoubtedly, will be attributed to the “Russian propaganda”.

In the US, President Trump sent the shameful quick resignation of Secretary of State Rex Tillerson, and the American press is saying that such a rapid final of Rex was caused by his statement on the Skripl case. He immediately joined Teresa May, that in Salisbury “the trail clearly comes from Russia,” and he did not need proof. Trump asked Theresa for evidence.

Trump appoints Mike Pompeo, the director of the CIA, a conservative and hawk, but also an adversary of the neocon globalists. That is, Trump exhibited globalist Tillerson from the State Department and set up his Republican Pompeo. This means that the operation “Scripal” was not coordinated with Trump, and he was offended.

Sergey Lavrov, Foreign Minister, took the surest position with respect to “Operation Scripal”, stating that London will have to answer “for trying to mislead the world community”, for which he was personally insulted by the main engine of the scandal - Teresa May. Why? Lavrov, although in a diplomatic language, accused Teresa May of lying.

The ancient wisdom says that a lie has short legs, hence a lie must be beaten on its short legs, knowing that it is always planned for short distances, always of one-time use. Long-term strategies with reflection stories The question (of Western Russophobia) or the current political moment is always late here.

It is more appropriate to recall here that the ex-Prime Minister of England, Tony Blair, was forced to make a confession that the British intelligence services lied to him before the invasion of Iraq. The CIA then lied to US Secretary of State Colin Powell so that he came with a test tube to the UN, the English Sherlock Homs lied to Tony Blair. So they can lie now. It is appropriate to recall in this regard that the strange, not fully investigated and secret murders of Russian defector in England resemble the “sacral” murders of MI 6 that played their spies.

The sprint strategy of dealing with a lie implies that you need to present alternative versions of what happened and not be ashamed of your own suspicions about the liar. We will continue the idea of ​​Sergei Lavrov, because the diplomats did not need to further develop it.

The main question, the accusation of Theresa May in the Skripalevka campaign, is: how did the Novice Russian warfare agent turn up in Salisbury? This question, which implies the responsibility of Russia, is in fact illogical, stupid, so the answer to it must, according to Mikhail Zadornov, be given simple, so that it is understandable by the most stupid. The “newcomer” is very likely to have arrived in Salisbury from Porton Down's English base, which has not been tested by experts of the OPCW for 20 for years, and where there is adequate equipment for its production. It would be good to check it.

About the laboratory in Porton Down, which is located near Salisbury, our expert at the OPCW, Igor Nikulin, said, adding that in the 1999 year, Novice’s disposal in Uzbekistan was conducted by the United States, while “all the materials that were valuable and the Americans took the recipe with myself". In Salisbury, Western intelligence agencies may have tested the destructive power of the Western analogue of Novice on someone who is not sorry, and that suspicion should fall on Russia.

Essentially an "English scandal." Poisoning Skripal in Salisbury ranks with other provocations of the West against Russia and the world, such as the murders of Litvinenko and Berezovsky in the same England, the “doping scandal”, and the false reasons for aggression against Yugoslavia, Iraq, Libya, Syria. The thing is that the globalist elite of the West does not recognize Russia and the rest of the world as an equal party, and is trying to apply the colonial practice, as noted by Sergey Lavrov.

West takes the position: our accusations do not need proof, according to Paul Sartre: we want you to be guilty. Objectively, this is the position of racism and fascism. If possible, the West is trying to pursue its policy in the world in white gloves, with the help of "soft power", but when it encounters resistance, as it is today from Russia, it also resorts to black colonial gloves, as in Salisbury.

Racism is the true face of the globalist Western elites, so they do not see Nazism and fascism in Ukraine, so you can agree with Karen Shakhnazarov that "they will not stop." Until their plot completely fails. In general, it is necessary to introduce an assessment of the global globalist lies in Goebbels. English lies in Salisbury can be taken as a standard in one full Goebbels.

Ctrl Enter
Noticed oshЫbku Highlight text and press. Ctrl + Enter
We are
Bitter thoughts of the West. Will Russians poison Donald Trump and Theresa May?Results of the week. “Look, the whole face is black! Have you ever read Moidodyr? ”
Military Reviewin Yandex News
Military Reviewin Google News
32 comments
Information
Dear reader, to leave comments on the publication, you must sign in.