Lutsenko: Savchenko intended to bring down the VRU dome with the help of a mortar strike

March 15 2018
74
The Prosecutor General of Ukraine Yuriy Lutsenko appealed to the deputies of the Verkhovna Rada so that they would remove immunity from deputies to Nadezhda Savchenko. At about the same time, Savchenko, during a briefing before interrogation at the SBU, said that it was Lutsenko who was appointed head of the GPU to cover up all the crimes of the representatives of the current government on Independence Square.


In order for the deputies to feel the whole “danger” of saving parliamentary immunity for Savchenko, Lutsenko immediately decided to come up with trumps. According to him, Savchenko “was preparing an armed attack” on the building of the Verkhovna Rada. The “terrorist attack” was to occur at the very moment when the meeting was taking place there. 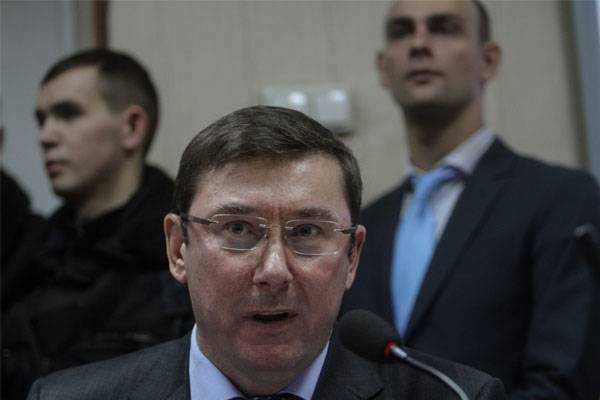 Yuriy Lutsenko quotes the portal "Apostrophe":
The investigation has irrefutable evidence that Nadezhda Savchenko personally planned, recruited, gave instructions on how to conduct a terrorist act within the walls of parliament, destroying two lodges with military grenades. Mortars - bring down the dome of the Verkhovna Rada and kill those who survive with machine guns.

Surprisingly, there is nothing chemical in this statement. weapons or Novichok gas, which "was preparing" to apply Savchenko against survivors ... But such statements today are "in trend."