March 17 2018
30
This has never happened before. "Foggy Albion" again burns, and not a child. Along its shores and villages suddenly wave resonance poisoning. Moreover, they are targeting a very specific public. 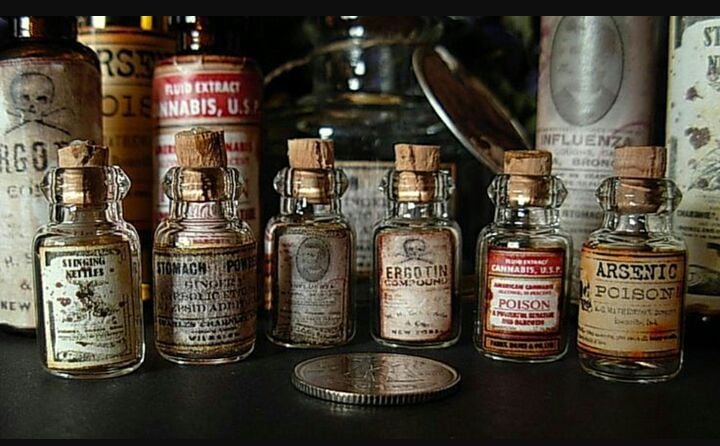 In December last year, Berezovsky’s son-in-law, Georgy Schuppe, took it over. He poured unknown yadku in his own mansion in the town of Oxshott. The oligarchic brother-in-law convulsed for a long time for the right to remain on the sinful earth and sin on it further. Long before this “one-way ticket” was written out more successfully by Evon legal father-in-law Boris Berezovsky. And also in his own mansion.

The magnate decided to take a bath, and the planned ablution ended either with poisoning or strangulation. Well, lucky: he left for the next world not with a clear conscience, but at least with pure flesh.

And then, unexpectedly for everyone, being in full health, his partner and accomplice Badri Patarkatsishvili “turned the flippers”. Officially - from a heart attack. In fact - who knows. And even earlier, former FSB colonel Alexander Litvinenko had fallen off into another world, having poisoned himself and everyone and everything around him. The other day english история poisoning replenished with new defendants. Absolutely “in Litvinenkovski”, double-agent Skripal used to cut pizza. Now here is another friend and comrade of Berezovsky, the former Aeroflot bonus Glushkov. And "on the glushnyak", without return. As the Chukchi say, the trend, however ...

In general, to poison all those who are wicked to you is a good old English tradition. Although the desire to quiet, without noise and polonium, to send to the world of another sworn enemies sin all the intelligence agencies of the world. But the British and Israelis in this high art ate a few dog bundles. This persecution is not similar to the “Mossad’s hand”. The Israelis did not have anything personal to these guys, and for the most part, the victims were ethnic Jews of various types of spills - from mountainous to Ashkenazi. This is not klyatyh Arabs bait, and their own! He may be a son of a bitch, but this is our son of a bitch. Then the Americans took the palm from them. They worked on a large scale, not a trifle - the Vietnamese with their “Agent Origins” poured into the jungle by the thousands. And hundreds of thousands of Japanese in Hiroshima were swept away from the face of the earth like a pile of rubbish. But here, it seems, the British took on the old. Their experience is colossal - not like the Yankees. At one time, having started the “opium wars,” the respectable Anglo-Saxons of the whole of China flooded with opium. For the Chinese, this has become not even a genocide, but some sort of lasting nightmare. According to historians, more than hundreds of millions of people in the Middle Kingdom died from an overdose of English heroin. And China itself has been cut out of world politics for more than a hundred years. The British have since enjoyed this business so much that the high art of poisoning, both mass and individual, has developed by leaps and bounds.

Although Skripal is a bit small, of course. Uncle Goebbels, for the sake of the purity of the genre, the whole Reichstag burned. And then he raised the howl to heaven, respectively, and began to extinguish the unwanted. “Merikatos” also came up creatively - two skyscrapers were demolished by airplanes, burying three thousand Negro guards and Mexican cleaners under his remains. The staff of the offices, for the most part consisted of Anglo-Saxons, Jews and all sorts of different Europeans, was not injured - the pilots (or autopilots) were surprisingly punctual and simultaneously crashed into buildings exactly fifteen minutes before the start of the working day. And then - some bald spy retired. Now, if KAMAZ, painted with Russian tricolors from roof to wheels, flew into the building of Buckingham Palace at full speed, and then drove, the terrorist would drive local Chopov people in fur hats across its territory, then stuck a fork with the inscription Made in Penza "Right in the rear facade of the prince himself, that would be yes. After that, you can raise the screech to the skies and sweep away the entire embassy. And so - it is not serious somehow, it is small-scale, not the level of serious intelligence of the world. Well, what is the intelligence - such and provocations.

And all our defectors, before tearing their claws into old, but no longer good England, it would be nice to study not only local legislation (which, for you, expected, but unloved, it will change at any second, as it was done by local puppeteers once offshore, where you also pumped stolen money), but also the morals of the local elite. For example - a brief insight into the history. The idol of the English of all ages and generations was and remains the “magician of the word, the genius of rhetoric,” Mr. Churchill. By the way, the true patriot of his “blessed island bordered by the silver of the seas” (as he called it), unlike you. He did not get tired of repeating: "England has no permanent allies, there are only permanent interests." Including the interests to get their hands on other people's money (which you so kindly provided them). Before the act of “acceptance certificate” in one of the local banks, local gentlemen will show you the manners of a ballroom dance teacher. But immediately "after" substitute your ass for a kiss. And what is almond. Moor did his job, you can score on the Moor. Live, poor - until our interests have changed.

And further. "English Bulldog" for his whole life initiated a lot of wars with different countries and peoples. Especially for you I cite a bundle of his statements regarding other nations (I do not emphasize my nationality specifically):
“Natives need to be poisoned with poison, it makes them fearful”
"These people are cheerful and obedient, but they have something from the cattle"
"Vile people with a vile religion"
"Disproportionate common sense pride of these Eastern Europeans"
"Let the Huns and the Bolsheviks kill each other."

... and lots of others. Absolutely any of these "human-loving" statements, you, gentlemen deserters, can try on yourself. And then all at once. And what makes you think that someone will stand on ceremony with you?

And now - the cherry on the cake. The latest “purely English murders” for all of you, the former oil tycoons, all sorts of “Alligarhs”, Chechen militants, gangsters of all stripes and subspecies, “thieves in retirement”, crooks and rogues are the most unequivocal signal: guys, you are no longer political refugees. Your status has changed. You are now "consumables" - in a large geopolitical game. You are invited to an English lunch not as a guest, but as a dessert dish. It will be necessary - any of you will be brought home the “right pizza”, polonium in porridge, or James Bond’s signature dessert called “mechanical asphyxia.” Simply put - strangle your own cord in your own bath. The formula "Stolen in Russia - screwed to England" now does not work. Works another. “Stole – Sintil – Consumer”. Your money is still interesting to us (and that is not a fact), but you yourself are no longer. You have forgotten who you are - uninvited guests, knights of knives and master keys, monkeys in a tuxedo, genetic trash. But because of what exactly you will begin to be disposed of wholesale or retail - in order to send Russian diplomats, to justify the introduction of new sanctions, to blame Putin and Moscow’s long arm, to raise the issue of annexing Crimea, to disrupt the World Cup, to divert attention the public from mass rape by Pakistani pedophiles of young Englishwomen in Rotherham or because of something else is not important. The reason is always there. You are guilty only that I want to eat. And here Tyapkina-Lyapkina! Where do we have polonium there?

Think, gentlemen, "consumables". The whole background of poisoning appeared before you with cutting distinctness. You live here. Or not here. Or die. Well, it's like someone lucky.

Ctrl Enter
Noticed oshЫbku Highlight text and press. Ctrl + Enter
We are
Harassment of defectors. English versionReports from the militia of New Russia for 27-28 September 2014 of the year
Military Reviewin Yandex News
Military Reviewin Google News
30 comments
Information
Dear reader, to leave comments on the publication, you must sign in.