March 15 2018
1
Representatives of Qatar and the Italian company Leonardo signed a contract for the supply of 28 helicopters NH90 to the Qatari Air Force, reports RIA News. 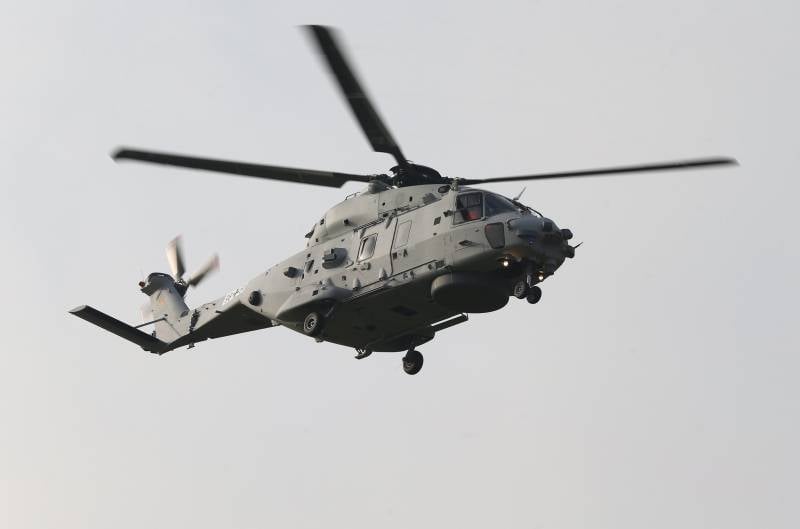 The transaction value was $ 4 billion.

The ministers of defense of Qatar and Italy were present at the signing of the treaty. The signing ceremony took place in the framework of the international naval exhibition DIMDEX.

An additional agreement was concluded on the equipment of helicopters with “long-range missiles”.

As the commander of the Qatari Air Force helicopter forces, General Mashut al-Khajiri, said, “the signed agreement will significantly help strengthen the capabilities and power of the air force fleet Qatar. "

Deliveries of the car are scheduled to begin in three years.

The publication notes that since the beginning of the diplomatic crisis around Qatar in June 2017, when the neighboring states broke off their diplomatic relations with Doha and stopped all communication, the emirate spent $ 30 billion to purchase weapons