March 15 2018
5
Crews of the “Swifts” aerobatic team arrived at the Erebuni air base in Armenia to participate in the “Friendship-2018” aviation festival. The pilots will perform an air show, but first they will conduct a rehearsal of the flight program, according to the Department of Information and Mass Communications of the Russian Defense Ministry. 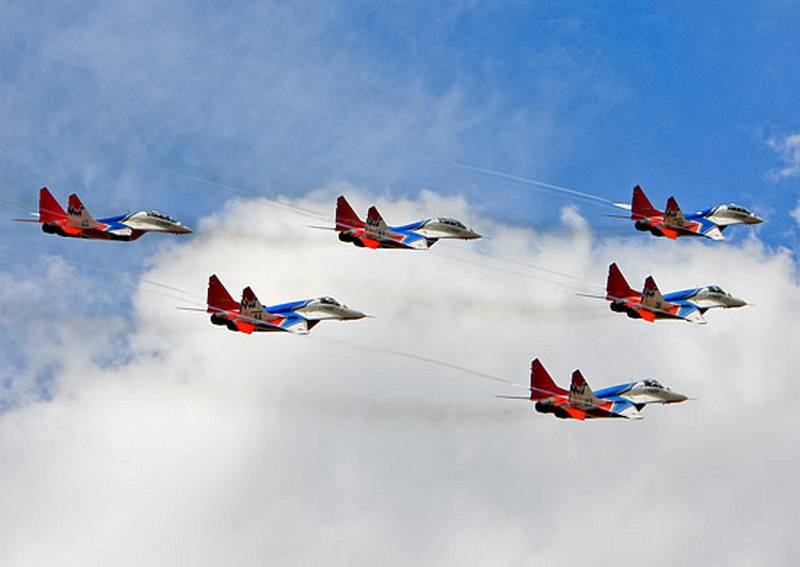 During the holiday, pilots of the Aerospace Force will perform a complex of figures consisting of six crews, as well as show double and single aerobatics on MiG-29 combat aircraft

They will work out the rebuilding from a column into a pyramid and a rhombus, show the figures “Nesterov's loop”, “Barrel”, “Mirror”, “Dense rhombus”, “Bell”, “Ear”, “Dissolution” and many others.

Aviation Friendship-2018 holiday will be held on March 17 at the Erebuni airfield.

Ctrl Enter
Noticed oshЫbku Highlight text and press. Ctrl + Enter
We are
Flight teams will demonstrate their programs before the opening of MAKS-2017
Military Reviewin Yandex News
Military Reviewin Google News
5 comments
Information
Dear reader, to leave comments on the publication, you must sign in.