Minsk hosted another round of negotiations on the Donbass

March 15 2018
30
The next meeting of the contact group on the settlement in the Donbass was held in an unusual format - because of the bad weather, OSCE Special Representative Martin Saydik and the representative of Kiev Leonid Kuchma could not fly to Minsk, they participated in the meeting via video link, RIA News. 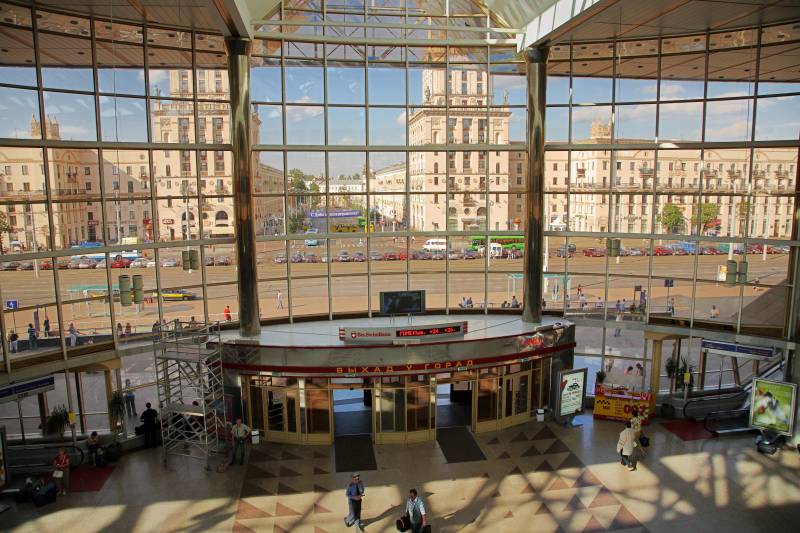 It is reported that "the parties to the conflict and the mediators discussed the issue of securing a truce in the region, the prospects for the exchange of prisoners, the restoration of the infrastructure of the region, the humanitarian and political aspect of the settlement."

The parties to the conflict did not miss the opportunity to exchange accusations of violating a truce against each other.

Representatives of the DPR "focused on the shelling of vehicles with the staff of the Donetsk filtering station, as well as the pumping station in Vasilyevka", which were recorded by the STSKK 7, 10, 12 and 13 March.

Representatives of the republic called on the participants in the negotiation process to objectively and transparently identify and identify the guilty party, and also take measures to create conditions under which such violations would not be possible to finally normalize the operation of the water infrastructure facility providing the residents of Donbass on both sides of the contact line ,
said the representative of the DPR at the JCCC.

The meeting again failed to make progress in solving a bloc of political issues.

According to the head of the Ministry of Foreign Affairs of the DPR, Natalia Nikonorova, Kiev delays the resolution of political issues, thereby delaying the prospects for a peaceful settlement of the conflict in the Donbas.

Despite the existing conditions for a speedy resolution of the conflict, the representatives of Kiev are making every effort to achieve the opposite result - maximum delay in the negotiation process and the conflict in the Donbas,
she said.

In turn, the Plenipotentiary of the Russian Federation Boris Gryzlov noted that "Kiev, by its unwillingness to carry out political measures to resolve the conflict in the south-east of the country, continues to push the self-proclaimed Donetsk and Luhansk people's republics out of Ukrainian statehood."

Russia, like the OSCE, being a mediator in resolving the conflict in the Donbass, has consistently sought a substantive discussion of the political measures provided for in the Minsk agreements. I emphasize once again that the special status of Donbass with the introduction of it according to the Steinmeier formula and amnesty are decisive conditions for resolving the conflict,
he declared.

Gryzlov stressed that the Ukrainian authorities have so far "not even provided a position on these legislative acts."

This speaks of its actual desire to resolve the conflict "bypassing" the Minsk agreements approved by the UN Security Council resolution, aggravating the military component of the conflict. The actions of Ukraine are increasingly squeezing the republic beyond the framework of Ukrainian statehood
added plenipotentiary of the Russian Federation.

Ctrl Enter
Noticed oshЫbku Highlight text and press. Ctrl + Enter
We are
Reports from the militia of New Russia for 20-21 September 2014 of the year
Military Reviewin Yandex News
Military Reviewin Google News
30 comments
Information
Dear reader, to leave comments on the publication, you must sign in.