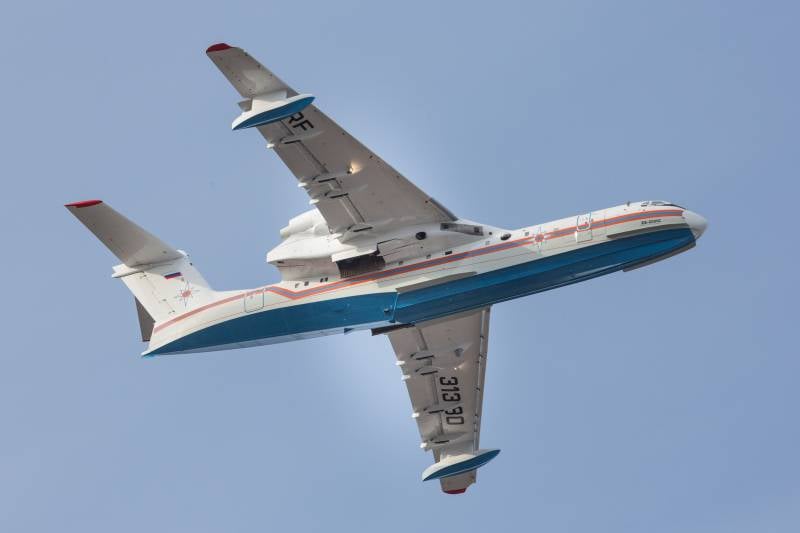 This is the fourth aircraft built for the Emergencies Ministry under the contract of 25 May 2011.

It is reported that “after passing the bearer and acceptance testing program, by the end of this year, the aircraft will be handed over to the customer for operation at the Khabarovsk Integrated Aviation Rescue Center of the Russian Emergencies Ministry”.

Reference bmpd: “In May, the TANTK 2013 also signed a contract with the Ministry of Defense for the supply of Naval Aviation of two Be-200 ЧЧ aircraft and four modified Be-200ПС planes (without fire extinguishing function) with a total value of 8,4 billion rubles. Delivery was to be made in 2014-2016, but the construction of these aircraft was delayed. In fact, it has not progressed beyond the initial stage. In 2017, the military department terminated this agreement. ”

Ctrl Enter
Noticed oshЫbku Highlight text and press. Ctrl + Enter
We are
The second this year aircraft Be-200ChS will be transferred to the customer at the end of June
Military Reviewin Yandex News
Military Reviewin Google News
16 comments
Information
Dear reader, to leave comments on the publication, you must sign in.